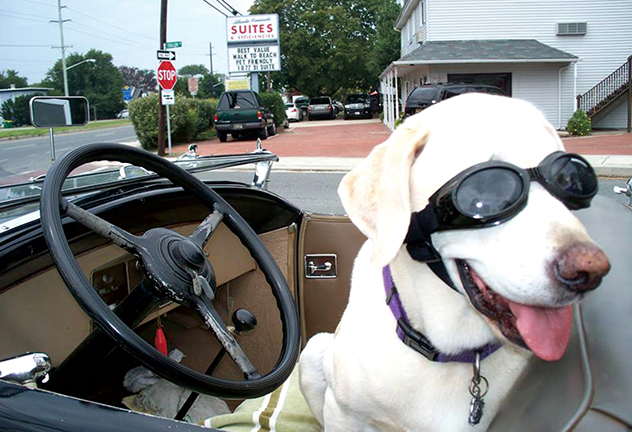 In 2015, a beach housemother is a relic of a bygone era. One when group house shares flourished like the lavender, pink, white, and red crepe myrtles that bloom all over Rehoboth each July and August. But what changed? Why aren’t house shares as plentiful as they were in the 80s and 90s?

Some think the demise of the Renegade dance club, or the cost of a full season rental may explain why younger people don’t seem to commit to group house shares like they used to. Also, many former house share members are now beach house home owners. Of the home owners, some have confided in me (the aforementioned relic listed above) that they miss the freewheeling camaraderie, unpredictability, and instability that only a group house share can offer.

Though the house shares of days gone by may have changed, some remain, and other forms of summer living arrangements continue to thrive. Having managed a full season, seventeen member house share group located at 122 Rodney Street, I’ve gained some insight on housemate dynamics that may be helpful to others coordinating summer share situations.

Like a life guard’s shrill whistle, my advice may prevent you from entering risky waters; or if you’ve already taken the plunge, I’ll explain how to swim with the inevitable rip currents that generate whenever people share vacation time together one roof.

Fast forward to 2008, Rodney Street’s predecessor housemother installed a swimming pool in the back yard of his DC home, and decided not to continue with the beach house group. The baton passed into my hand. My predecessor was of a military background. Under his command, our beach house operated like a well-run naval squadron. I knew this was not an obligation to be entered into lightly.

During the winter and spring preceding my first summer, visions of housecoat wearing, rolling pin wielding matronly figures with hair in curlers swirled and danced through my mind as I contemplated what sort of housemother I would be. June Cleaver? Carol Brady? From a historical perspective, Rose Kennedy, who had a drink named after her? I even pondered mythological role models, such as Mothers Earth, Goose, and Nature. How fun would it be to summon up a storm or good weather on a whim?

After much soul searching, and internal debate, I decided to align myself with someone I admired and felt a natural, almost spiritual kinship with, Judith Martin, Miss Manners herself! I reasoned that, especially in the communal environment of a house share setting, establishing a culture of good manners and emphasizing an adherence to the rules of etiquette would not only help resolve problems, but perhaps prevent them from arising in the first place.

With my leadership style, and proactive philosophical approach ironed out, the next issue I considered was job duties and responsibilities. My predecessor had set an excellent example. But, I felt drafting the following job description was in order:

From Memorial Day through Labor Day: obey, and faithfully enforce the by-laws of the beach house. Act as an intermediary to settle any disputes, demonstrate high moral and ethical standards, provide confidential counseling to housemates in crisis, keep track of the parking passes, serve as a chaperon if needed, and discourage beach house incest.

Over the years, I’ve learned that successful beach house management distills down to one basic concept. When a group of people in vacation mode are living in a house they don’t own, their sense of personal responsibility tends to go on vacation too. Alcohol has a catalyzing effect on this phenomenon. A savvy housemother knows the early warning signs. A sink full of dirty dishes, complaints of late night or early morning noise, or an overflowing trash container are indicators that housemates’ personal responsibility may be unravelling. When this happens, a gentle reinforcing of the beach house rules is required.

Rules are essential, and each house must come up with their own that are mutually agreed upon. Here’s a list of the 122 Rodney rules that are printed at the bottom of each year’s summer schedule:

Cleaning: Everyone must pitch in and clean up before leaving. Even though we have a cleaning service, there are chores that everyone must share. Yup! This means you.

Sleeping hours: We don’t have quiet hours, but we respect reasonable sleeping hours. Be considerate of your house mates—you don’t live here by yourself. This includes late night and early mornings without waking everyone.

Pets: No pets unless of course Oscar makes an appearance this summer. Oscar, the landlord’s yellow lab, recently relocated to Florida. Oscar used to ride around Rehoboth in an antique yellow car, he was the one wearing the doggles, and his photo graces a space above Browseabout Bookstore’s doorway.

The hot tub: Please shower before getting into the hot tub. No solo hot-tubbing. The neighbors can see the hot tub, so keep your clothes on in the daylight (no such rule at night).

Food, liquor, and community property: Food in the fridge is common property. Same goes for liquor in the cabinet. Exceptions are okay, for any special items, just label them.

Six basic rules. Notice how each emphasizes and reinforces personal responsibility. It’s up to the house mother to deal with any infractions by issuing warnings or meting out punishments. Another option is to not invite any rule flaunting cads back to the house the next season.

The support, encouragement, and antics of the 122 Rodney Street group have honed me into the composed paragon of effective summer share management that I am today. I hope this information and these ideas are useful and inspirational to other housemothers, or vacation space coordinators out there.

Fast Forward Epilogue: After seventeen consecutive summers, 122 Rodney Street was placed on the market and sold very quickly. Our group’s rental term for this season remains in effect until mid-September. Come May 2016, I expect I‘ll be a housemother suffering from empty nest syndrome. Browseabout Bookstore remodeled, alas, Oscar’s photo no longer graces the doorway. Funny how things that always felt so permanent, somehow still manage to change.