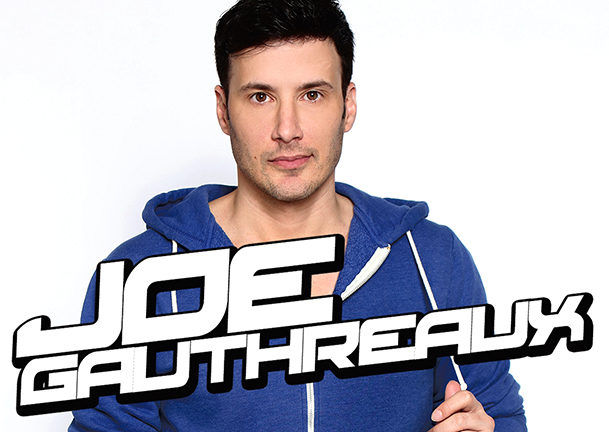 A Pride Anthem With Vocals By Inaya Day

This Pride in New York City, Sundance 2015 DJ Joe Gauthreaux released his latest production, “You Are My Family,” a song that celebrates the tightest of friendships and features effusive vocals by the incomparable diva of dance, Inaya Day. It’s a dance record, for sure, but it also has elements of pop, EDM, and gospel house. “It’s a song I’m extremely proud of because it keeps changing as you go along and it has a really good payoff in the end with the gospel breakdown,” says Gauthreaux. He admits he threw out all of his conventional ways of producing dance music on “You Are My Family.”

“I wanted this song to be something that reached beyond the nightclub. I didn’t want to sacrifice the emotional element for the sake of making it a dance record. I can always make a club mix later. It’s great songs like this that come into people’s lives and make a real difference.” Joe Gauthreaux’s “You Are My Family” featuring Inaya Day is available to listen to on You Tube now, and a full remix package is available on iTunes.

Joe Gauthreaux originally composed “You Are My Family” for a particular person in his life but realized while writing, the song held a bigger meaning that could impact other people and their lives. “When you’re gay, your friends are your family,” he explains from his recording studio in New York City. “That is the true message of the song. That no matter what, we will be there for each other, no matter what.”

He says he knew right away the artist he wanted to sing it. “Inaya’s was the only voice I had in my head. I had done remixes for her but we had never worked in the studio before. We had actually only met a few times before this project, but I’ve always been obsessed over the way she delivers a song. I sent Inaya a demo and she agreed to bring the track to life for me.”

“I define family as people who provide protection, unconditional love, and happiness,” says Iyana Day from her home in New York. “I have many friends who I consider as family.  For me, this song is dedicated to them.

“Joe wrote a stellar song,” she adds. “Recording the track with him in the studio was very easy. We shared a similar vision for the project.”

“You Are My Family” is the second single from Joe Gauthreaux’s music label, Prop D Recordings. The first release, “Bye Felicia," featured vocals by Mitch Amtrack, an artist best known for his recordings with late house music great, Peter Rauhofer. Gauthreaux says he plans to unleash a diverse range of dance music through the label: everything from vocal, tribal house, to EDM, to crazy club bangers. ”I genuinely love all kinds of dance music,” he continues. “I’m always incorporating new beats and sounds to keep the momentum up on my floor. I’m doing the same with the label. The worst thing a DJ or record head can do is get stuck in a certain sound for too long. Music is constantly changing and evolving. If you don’t change with it, you’ll get left behind.”

Joe Gauthreaux began releasing his own remixes eight years ago, working with leading dance artists like Kristine W, Jeanie Tracy, and Tony Moran. Three years ago, he began taking on mainstream projects with pop acts NeYo, The Wanted, Melanie Amaro, and Justin Bieber, among others. He views Prop D Recordings as the next step in his evolution as a dance artist. However, he is still bringing his unique sound to parties throughout the world as a headlining DJ.

He has spun nearly every major festival event including White Party Miami, Winter Party, and NYC Pride—earning him the title of “Hottest DJ of the Year” from Out magazine. This summer will be his summer of Pride. He will be appearing in Milwaukee, Minneapolis, Toronto, San Francisco, and San Diego—and, of course, Rehoboth Beach!