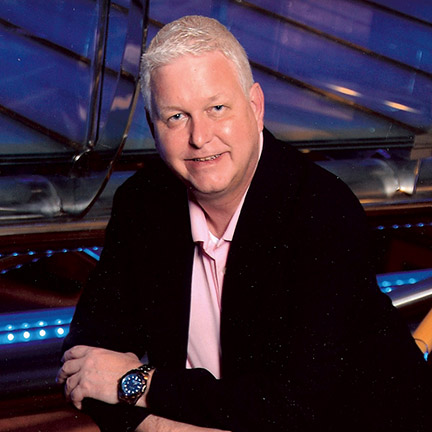 “Work and love; these are the basics,” said Theodor Reik describing psychological treatment. This is certainly carried forward in psychiatrist Duane Shubert’s professional and personal life.

Duane was born and raised in New Castle, Pennsylvania, a town of nearly 47,000 people fifty miles northwest of Pittsburgh. He describes a totally sensible upbringing. His father was a manager for Sears and his mom stayed home. They were very involved with their community and church. Caring for others and commitment to society were values by which the family lived. Duane played the French horn and trumpet and belonged to the marching band. He concentrated on science in school and focused on courses which were geared to pre-med. He went to Geneva College, just 23 miles from home.

Duane worked summers as a camp counselor at Methodist sponsored summer camps. He chronicles his summers, running pony programs, teaching horseback riding, coaching camping skills, in a matter-of-fact way. He needed to work and the kids needed counselors. Service to others was just part of his life.

To enhance his pre-medical goals, Duane went to work as an orderly at the local hospital. He reports that he loved the experience. Feeding patients, emptying bedpans, scrubbing floors-this wasn’t the job. Meeting patients’ needs—that was the job for Duane.

Mennonite entrepreneur Milton S. Hershey creator of the world’s largest chocolate manufacturing company had established the M.S. Hershey Foundation. The foundation established the Penn State Hershey Medical Center in 1963. Duane started medical school in 1984 with general practice as his goal. Needing a job, he explored Hershey Amusement Park for work. They were hiring tram drivers. Low pay and long hours were the trademarks of this job. But, serendipitously, he saw an ad for a position in the Medical Center sleep lab. Here he saw patients and participated in sleep research, ultimately co-authoring a scientific publication on sleep and sleep disruption. Blood pressure and sleep-wakefulness patterns were monitored in mildly hypertensive and normal patients. This study produced significant findings. Partly because of the relationships forged in the research group, he chose psychiatry as his field of specialty. The real reason, he liked talking to patients and hearing their stories.

Duane stayed close to his educational and research roots and completed his psychiatric residency at Penn State in 1992. He opened a practice in old-town Lancaster where he bought a 16 foot wide historical townhouse. His face lights up when he describes it and his experience rehabilitating it. His office was just steps from his front door and his practice grew. He added nursing home residents to his agenda. His dad, still in New Castle, PA., learned the computer so he could keep Duane’s books, and ride herd on expenditures. Intellectually and professionally, his life was complete with colonial and civil war history and the practice of psychiatry but he began to want more time for fun. He started making weekend trips to Rehoboth Beach. In 1994, after the publication of his second research study, Sleep Apnea and Sleep Disruption in Obese Patients, he put down roots in Rehoboth. He bought a home in Spring Lake and planned to save his weekends for fun.

Dr. Bob Allen, a psychiatrist practicing in Lewes, sought Duane out and implored him to consider practicing in Rehoboth. Psychiatrists, then and now, were in short supply. Duane rented a small office on Baltimore Avenue and scheduled patients one day a week. One day became two days. Two days became three and so on. The demand was such that Duane relocated to the beach and closed his Lancaster practice.

Asked who inspired him, Duane doesn’t hesitate to name his dad. He marvels at his work ethic and family loyalty. Duane has regular memory flashes of his father’s spontaneous acts of honesty and kindness. He learned computers after retirement to help Duane in his career. He briefly struggled with “the gay thing” but quickly fell back on his love for his son and family. Duane declares, “He was and is my inspiration.”

Duane quickly built a thriving private practice. To meet the demand for parking, he moved to the Red Mill Center north of Lewes. It became apparent that nursing home residents were under-served and Duane, as he had in Lancaster, met that need. The prison wasn’t far behind; he stepped in to provide treatment for mentally ill inmates. He was recruited by the State of Delaware to lead the Sussex County Mental Health Center where he remains today. He continues with his private practice on evenings and weekends. Recently, he moved his office to West Rehoboth to meet the needs of the underserved.

Asked what he hopes his legacy will be, he ponders. After a brief period of reflection, he says he wants to be remembered as a caring and compassionate physician. There is no question that this will indeed be his legacy.