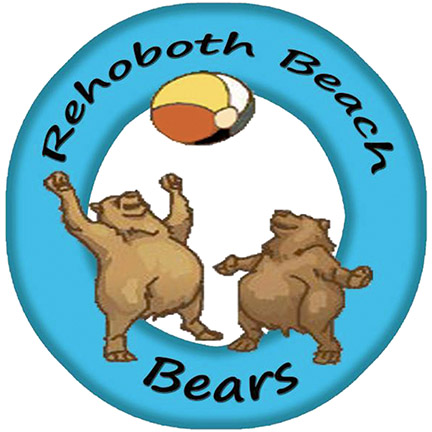 Many people think that bears can simply be described as “gay men with facial hair and bellies.” However, a group of local men are ready to prove that there is a lot more to bears than meets the eye—and Rehoboth Beach will certainly get more than an eyeful when the bears come to town September 10- 14 for the first annual “Rehoboth Beach Bear Weekend.”

The Rehoboth Beach Bear Weekend is three-and-a-half days of fun-filled activities. Thursday evening’s kick-off party will be held on the rooftop of the Atlantic Sands Hotel, hosted by drag sensation Anna Rexia. The testosterone for the event will be provided by party sponsor EagerGear, who will have models showing off their line of sport-inspired shirts, shorts, and jockstraps. After some beach time on Friday, the bears will gather at the Sands for a “Fun & Fur” Party. The festivities will be hosted by the bear-match-making comedienne, Goldi Lox, who will be providing lots of laughs and a hint of naughtiness. It’s a threesome for Saturday, with more beach time, a bear-inspired art exhibit at CAMP Rehoboth, and a comedy show at Clear Space Theatre that evening. The show is titled My Big Funny Peter, with muscle bear Peter C. Bisuito providing the laughs. Peter has already established himself as a Provincetown Bear Week favorite and has quite a large…following. The weekend concludes with a tea dance at the Purple Parrot Grill, which will be turning their biergarten into a BEAR-garten! Actually this tea dance should more accurately be called a TEE dance, with partiers wearing their favorite bear-inspired tee-shirts.

Purchasing a Bear Pass gets one into all of the events, but tickets to some individual events will also be available. “Everyone is welcome,” says Chris Uttenreither, Bear Weekend Webmaster. “The events are for bears and for all those who are comfortable with bears. We even ordered some medium-sized tee-shirts!” More event information and ticket sales are available on the website rehobothbeachbears.com.

This sense of welcoming is often intertwined with one of being non-judgmental, at least in the Rehoboth Beach bear scene. “The Bear Community provides a place for gay men to feel secure, particularly if they don’t fit the stereotype of being young or having a ‘gym body’. Bears are comfortable taking their shirts off and knowing they won’t be judged for being who they are,” explains Eric Meyer. Several times this summer, Eric hosted “Bears on the Beach” at North Shores. Using Facebook to invite bears to join him, Eric drove his jeep on to the beach and put up his Bear Flag. The first time he did it nearly forty bears showed up for a time of fellowship and camaraderie.

While the Bear Weekend will certainly have the highest visibility, the local bear community hosts smaller events and activities every month. Perhaps you have seen the bear gathering on recent Wednesday evenings at Bonkey’s Ice Cream & Snoballs on Coastal Highway? In the Facebook event listing, host Chris Berg extends the invitation to “get social over sorbet, get chummy over chocolate, or even show off your banana split!” Bears fill the patio in front of Bonkey’s to enjoy decadent ice cream and delicious gossip. On Labor Day evening, Jon Rania is hosting a “Lay-BEAR Day Splash Party” at Jungle Jim’s Waterpark in Rehoboth Beach. This family-friendly outing is a great way to celebrate the end of the summer season without having to get too athletic!

While bears may have big bellies, they also have big hearts and are often involved in charitable work in the community. This year there will be a bear team at the Delaware AIDS Walk held in Rehoboth Beach on September 26. Team Captain Kenny Mahan organized the team as a way to raise money for an important cause and as a way to raise public awareness. “Thirty years into the epidemic, and we continue to see the impact of HIV/AIDS in our communities. Complacency has set in, and gay men are still getting infected with HIV. We need to do something about it.” Kenny is still recruiting members for his “Bear Walkers” team, and all are welcome to join, regardless of the amount of facial hair they might have. “We even have a straight married couple who have already signed up to walk with us. We are making them honorary bears for the day!” Interested persons can register online at AIDSWalkDelaware.org (just look for the “Bear Walkers” team).

Tea dances. Art exhibits. Comedy shows. Ice cream. Charitable work. There really is something for everyone when it comes to bear events in the Rehoboth Beach community. All are welcome, and all are invited to come as they are. Bryan Hecksher summed it up this way: “The Bear Community can remind us all of the importance of being accepting and being tolerant. Even within the bear community, there is a lot of diversity, with bears and otters and cubs and so on. So be yourself! And join the fun!”