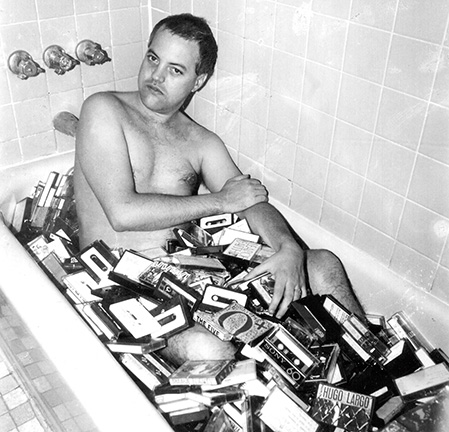 When talking with Steve Fallon, it’s hard not to pop up with “Erin Go Bragh.” The Irish gift for music and story-telling, great personal charm and warmth, and a wit that bubbles are all obvious. Born in the Bronx, known facetiously at that time as Little Ireland, Steve’s mother and Dad were both immigrants. His dad came to America to study at Julliard; his mom came to find a better life. Three kids came along quickly and his dad’s Julliard experience was sacrificed but even today he continues to play music. The family moved to New Jersey in the mid-fifty’s. His job as a lighting salesman produced a good life for the family.

Steve received a good Catholic education and was expected to go to Boston University. But the call of the bars in Manhattan was too persuasive. He joined his dad in the lighting design and sales business. He specialized in restaurants and music venues. Steve will tell you that he learned the entertainment business inside and out.

In February, 1978, his family enlisted Steve in buying a dilapidated building and the old Maxwell Tavern in Hoboken, NJ. Steve frankly remarks that Hoboken was the “armpit of New Jersey.” The city was a working class town dominated by the Maxwell Coffee Company. Steve and his partners wanted to transform the old tavern into a chic, upscale restaurant. Steve visited every bar in Hoboken to figure out what worked and what didn’t. He came away with a concept for Maxwell’s and ultimately triggered the gentrification of Hoboken.

Steve laughs at the hours of cleaning, demolition, and carpentry that they put into getting the tavern ready to open. What they had thought were flowers on the wall paper turned out to be grease and dog hair. But by August, Maxwell’s opened with 100 restaurant seats and 25 bar stools and was an immediate success. The chef, Frank Giannini also played in a band, The Bongos. He offered to play a few gigs in exchange for a practice room. The music was such a success that Steve began to book bands. He found that he had an ear for great, new sound.

Maxwell’s became the “local” for many celebrities. Steve speaks fondly of the visits of John F. Kennedy, Jr., Art Garfunkel, Tony Goldwyn, and Anna Quindlen who came seeking new music. Ms Quindlen working at the New York Times, mentioned Maxwell’s often. But it was the music that brought the crowds. In 1985, Bruce Springsteen filmed part of the Glory Days film at Maxwell’s. The Feelies recorded “Away” there in 1988. Nirvana appeared in 1989 to introduce their debut album, Bleach. Maxwell’s spawned the “Hoboken Sound” featured in a television show celebrating grass-roots rock on NY Channel 5. Steve opened Pier Platters, an independent record store, and activated his own record label, Coyote Records.

Steve and his partner, Arnold LaSpina, visited Rehoboth. They rented Congressman Mike Castle’s home near Dewey. They were smitten and more than a little ready to retire. They bought a house on Scarborough Avenue and by 1996 lived here full time. Always on the go, Steve opened the Shore Haus on Rehoboth Avenue. He specialized in slightly off kilter porch, patio, and casual furniture. It was a great success, but 25 years of active, strenuous, stressful dealing with the public took its toll. Steve and Arnold moved out to the country to the “farm” with a view of Herring Creek. Steve describes life on the creek as blissful but boring. Consequently, he opened Gidget’s Gadgets on First Street across from Nicola Pizza. Gidget’s, a retro emporium, is indeed the embodiment of its slightly off-centered, capricious creator. The store was successful but Steve experienced other business reversals that shook his world. He was unaccustomed to set backs and he suffered a  severe loss of confidence. He knew he had to rally but lacked the capacity. So what happened? His long-term Rehoboth friend, Tom Macon, inspired him to regroup and in some respects start over. Tom convinced Steve to fire up and pour out his energy.

At the same time, Maxwell’s was threatening to close for good. Governor Christy and Mayor Zimmer reached out to him to help restore Hoboken. Steve was offered a handsome salary to return. He did so briefly but realized that his heart was in Rehoboth Beach.

Steve moved Gidget’s Gadgets to 123 Rehoboth Avenue to attract more traffic. But in 2014, Steve reclaimed his roots—vinyl. Gidget’s now leads the way with vintage vinyl platters in the store and online. “How are you doing, Steve?” “We’re back!” he exclaims. And judging from the crowds on the Memorial Day weekend, he is not mistaken.