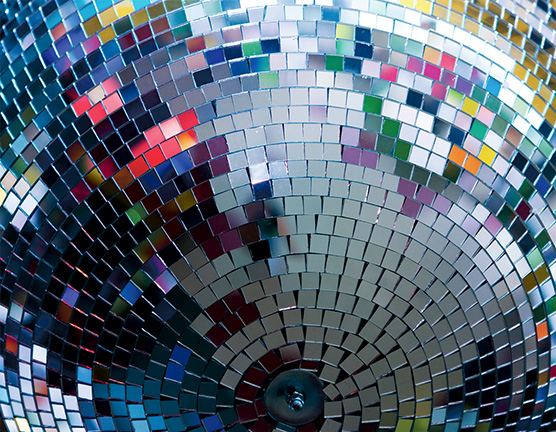 Summer is the reason that most of us who are not native Delawareans first discovered Rehoboth Beach. We came for the ocean, the warm weather, and the friendships we made with people from up and down the east coast. Since Steve and I moved to RB fulltime is 1990, we have come to appreciate all four seasons here at the beach. Each one has its own personality, its own beauty, and its own light—even winter—but there is still something indefinably glorious about a beautiful summer day. It sparkles and shines; it’s magic!

This issue of Letters from CAMP Rehoboth arrives on newsstands two days before the summer solstice—the longest day of the year—which makes it a most magical day indeed. Throughout history, the summer solstice has been a time of celebration, as can be seen in the many midsummer festivals throughout Europe. In ancient times it was important to establishing a yearly calendar and knowing when to plant crops—and some even believe that Stonehenge was built to determine when the summer solstice occurred. In ancient China, the solstice focused on the “yin” forces and celebrated the earth and femininity. Here in North America, Native American tribes held amazing rituals that honored the sun.

Sounds like a good time for a party to me! In fact, because 2015 is the 25th Anniversary of CAMP Rehoboth, we are doing just that all year long!

Throughout 2015, individuals are hosting small gatherings of their friends, families, or neighbors in celebration of this milestone event. Anyone interested in throwing a “silver” party, need only schedule it through CAMP Rehoboth, and invite at least 25 guests to come and donate a minimum of $25. Our year of celebration will culminate in October, with our big Silverbration Celebration Weekend that includes the Silver Gala and the Silver Block Party on Baltimore Avenue.

Before we get to our silver weekend, however, we’ve got the summer to enjoy—and that includes Sundance, our biggest event of the year. Sundance doesn’t happen until Labor Day weekend, but I bring it up now, because last week we mailed Host/Sponsor letters to our entire database. Hosts, Supporters, and Sponsors make Sundance possible, so please consider signing up now.

The first Sundance was in 1988; making it three years older than CAMP Rehoboth—so we’ve already had the 25th Anniversary Silver Sundance. This year’s Sundance theme, The Super Magic Rainbow Glitter Ball, was chosen to “sparkle and shine” in conjunction with our CAMP Rehoboth Silver Anniversary theme.

Like bookends on the summer season, the summer solstice and Sundance are times of celebration, times that remind me of why we all came to this little beach town in the first place. Somehow summer memories keep our hearts warm all year long—they “glitter” in our imaginations—they are magic!

Way back in 1981, our friend Joe McMahan brought Steve and I to Rehoboth Beach to find a beach house for the summer. Steve had visited RB a couple of times before we met, but for me it was my first time. The three of us, and a few others, shared a little beach house on Norfolk Street for two years.  After that, Joe purchased a condo on the beach, and Steve and I became part of a newly organized house on Christian Street.

Sometime in the year or so after that, Steve and I and few other friends had dinner with Joe in his beach front condo. After dinner, just as it was getting dark, several of us went for a walk on the beach. The night was perfect; the air and the water were both warm—almost the same temperature. The sky was that midnight blue color that happens right before it goes full black, and the stars glittered like diamonds sprinkled on blue velvet. What really seared that evening into my memory was the phosphorescence in the water that night. I had not seen it before, nor have I since. Every time a wave broke, the water glowed with its own magic light. We couldn’t resist, and all of us stripped down and slipped into the bathtub warm water. Splashing the sea water gently across our bodies made us glow in the dark. It was a night I have never forgotten—it too was a magical experience.

Don’t get me wrong, I’m not advocating skinny dipping in the ocean, and nowadays that might end up with a little trip to the police station. It probably would have then too, but we were down south of the old Poodle Beach, and the area between Rehoboth and Dewey was fairly deserted in those days—even in the summertime. That night the beach patrol did ride past us on the beach, but we floated still and quiet in those sparkling waters, and they never noticed us. We were young. It was awesome!

Summertime is full of memories like that—and it should be!
Sundance has become one of those magic nights for me as well. Something wondrous happens when we all gather on the dance floor; when the music is good and the fan dancers rise up on fabric wings and friends are all around the room.

This spring, we said goodbye to our longtime Sundance DJ Mark Thomas and to the man responsible for each year’s Sundance database Charlie Lee. In their memory we will dance this summer under the Super Magic Rainbow Glitter Ball. Losing them reminds me most of all why we continued all those years to travel to Rehoboth, and why we moved here in the first place: it’s simple, the people.

When I look at all our Sundance Sponsors, Supporters and Host, at all the people who support CAMP Rehoboth by their donations, when I see that long list of member names that we run in every issue of Letters, when I know that no matter what we need volunteers will be there to help, I am dazzled.
Together we make the summertime “sparkle and shine.” Together we are the heart of the community.

Murray Archibald, CAMP Co-founder and President of the Board of Directors of CAMP Rehoboth, is an artist in Rehoboth Beach. Photo: (below) Rehoboth Beach, Summer 2014.