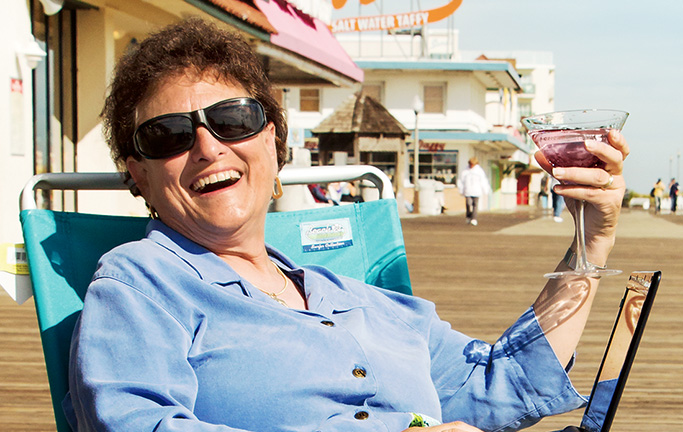 While I cannot see what my fellow writers have penned until after publication of this issue, I bet a lot of the sentiments hoping that the old adage about March coming in like a lion and going out like lamb is true. I can’t wait to see how many different ways that is expressed in this edition! I’m going to count.

And now that the clocks have changed and spring is in our sights, I have two upcoming events to discuss. First, it’s a plea for help and assistance. And you could even win dinner at Mixx!

Here’s the scoop. After a dozen years as author and A&M Books publisher, I have decided that four books by me is enough. Time Fries is now officially the last book in the Frying Series. It’s been great fun and mildly lucrative, but now I’m going to try something else. Don’t panic, Editor Elkins, this column will continue if you think the readers are still there.

But here’s my new gig. I’ve put together a reading, an entertainment, an afternoon or evening of stories based not only on the books, but on many things Rehoboth, some personal history and more than 35 years in the fight for LGBT equality.

The idea for this project came from my years of attending writers’ conferences and Rehoboth Writer’s Guild events and reading my stories in classes, at organized readings, or at happy hours. Lots of colleagues urged me to put together a “show,” so here I am. As Billy Joel sings, “you may be right, I may be crazy, but it’s happening.”

So far, I have performed it twice for fellow writers/critics in Reho and we have been work-shopping the script to get it right. And I thank my writer colleagues for being so constructive and willing to work with me to make changes. I’ve done some readings in Florida and have an evening scheduled in the Carefree lesbian community in Ft. Myers on March 24.

The upshot is that I’ve got two short acts (with an intermission for cocktails!) based on my insistence that nothing is ever so horrible if it’s worth the story you can tell—and that includes the closeted 1980s, discovering Rehoboth, fighting against discrimination, and for equality, not to mention surviving the scourge of zip-lining and puppy training.

So here’s my challenge to you, dear readers. I need a title for this gig. And I need it fast. This reading will be presented at CAMP Rehoboth on May 2, and ad deadlines beckon…so what is this thing called?

Originally, I named it Fried & Prejudice: A Funny Thing Happened on the Way to Equality…but that title was fun only if people knew my other book titles. Besides, the show is about lots more than just the fight for equality.

At dinner in Ft. Lauderdale, my pal John Newton suggested calling it 50 Shades of Fay. When we got done laughing, and spitting our Cosmos across the table, we figured that one might have a short shelf life.

We could call it Aging Gracelessly, One Story at a Time, but I don’t think it conveys the whole picture.

So that’s where you come in. I want title suggestions emailed to me. There’s dinner for two at Mixx in Rehoboth Beach for the winning title!

Get your creativity on, I want to hear from you! Oh, and tickets for the reading, whatever it’s called, will be on sale beginning April 1 at camprehoboth.com. Details to follow.

And speaking of events and details, this is for all my readers, not just the gals, but Women’s FEST is coming up. And if you want to be privy to a hilarious evening, get your tickets for the Queer Queens of Qomedy at the Rehoboth Convention Center. I adore Poppy Champlin and she is an absolute hoot; topical as hell and really, really funny.

I have not seen Mimi Gonzalez—although she comes highly recommended—but the third Queen, Jessica Kirson will knock your socks off. I saw her at Blue Moon last summer and laughed so hard I almost passed out from loss of breath...seriously hilarious! So everybody, please get your tickets for the Friday, April 10th show at the Convention Center (sponsored by Jenn Harpel of Morgan Stanley). It’s going to be creative, edgy, and fun. And I hope to see a bunch of you boys there too!

And in the meantime, I’m working on my May 2 show at the CAMP Rehoboth Community Center, currently called Untitled. Help me!