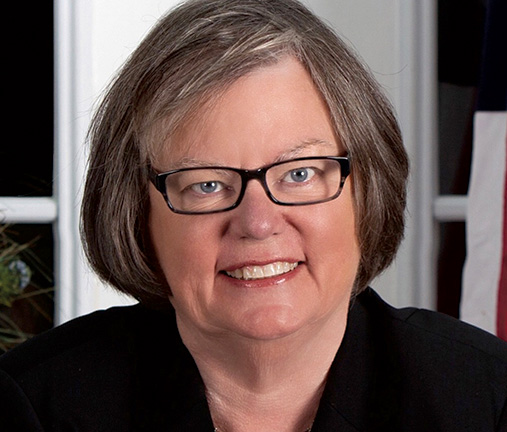 From Lavender Fields to the Field of Politics: Marie Mayor

The day was idyllic. The temperature was in the high 60s at 10 a.m. The sunshine and the cologne of lavender set the stage. The farm was a hub of activity. Marie Mayor was ready for my intrusion. She led us to the porch. The setting framed her and her captivating life story.

She was born in Lake Charles, Louisiana. Her mother’s family had been a part of the town’s founding in 1861. The petrochemical industry had transformed the town’s economy in the first half of the 20th century bringing chemical engineers and prosperity. L’Auberge du Lac or Lake Charles was populated by and its culture enhanced by Acadian exiles from Eastern Canada. These components influenced Marie’s education, world view, and outlook on life.

Marie married a chemical company engineer while in college and moved, to amplify his career, to the Baltimore area. She enrolled into the University of Maryland in order to complete her baccalaureate degree in Home Ec. She had wanted to major in Chemical Engineering but had been dissuaded. She explains this choice, “that’s where I was; that’s where the community was.” The marriage floundered but Marie describes it as successful in that she grew and changed during it and two great kids, Lance and Christina were born.

Marie went to work as the Anne Arundel County administrator of Head Start and began graduate school. She received her Master’s degree in 1973. Prompted by her devotion to zoning and planned growth, she ran successfully for town council of College Park. Michael Harrington’s book, The Other America, resonated with Marie and she began a lifetime quest for equality in education. She championed a Metro Stop in College Park to link area Universities; Marie fervently believes in the power of connection, communication, and collaboration which comes about only when universities and businesses are networked.

Marie reports that her life was changed by her exposure to Dr. Jean Dresden Grambs, professor of Human Development. Marie credits Dr. Grambs with influencing her thinking about school desegregation, alternative approaches in teacher education, equity for minority students and teachers, and women’s rights and roles.

Marie has spent her life advocating empowerment of the disenfranchised and overcoming bigotry, poverty, and oppression. She concludes that equality in education is pivotal to the development of strong communities, a nimble labor force, and the continuation of our democratic ideals. Over the next 35 years, Marie provided leadership for these goals with jobs as Director, Baltimore County Maryland Public Schools, Gender Equity Education Administrator, Maryland State Department of Education, Director, Office for Children and Families, and Cooperative Extension Agent, University of Maryland.

Marie capped her career as a specialist in Special Education, US Department of Education, Washington DC. She and her partner Sharon began visiting the beach and in 2000 bought a home in Milton. Marie continued to work full time and came weekends to the beach. In 2002, they stumbled on a farm, Lavender Fields that had been in operation for over ten years. They were captivated. In true educator fashion, Marie devoured over $500 in books about lavender. Trips to Hawaii and Provence to augment the “book learning” followed quickly. The farm has grown and developed in ways that can only be described as magical and spiritual. Until her retirement, Marie commuted from her federal job and Sharon shouldered most of the work on the farm. On one particularly stressful day, Sharon was overwhelmed by the physical strain and volume of work. She threw her arms skyward and asked for help. True to the spiritual essence of Lavender Fields, an unknown college classmate of Sharon’s, riding his bicycle down the road, paused in front of the farm and was amenable to work. He was the first employee.

Marie retired in 2009. The house in Milton came in second to the allure of Lavender Fields. Marie was transformed by her first night at the farm; this was home. In the 1890s, Marie’s great grandfather harvested trees from the Cypress Swamp near Selbyville. Her grandfather farmed in Dagsboro. Lavender Fields was Sussex County homecoming for her. Today, the thriving farm has seven employees. Marie affirms that Lavender Fields transforms all who experience it.

In her retirement, Marie has run twice for statewide political office. She serves as co-chair of the Board of the Southern Delaware Tourism Council, treasurer of the Delaware Association of University Women, a director of Dig-It!, a member of the League of Women Voters, a board member of the Milton Chamber of Commerce, a trustee, Milton Historical Society, and board member of Milton Theater. She is president of the Delaware Agritourism Association.

Asked what she saw as her legacy, Marie hopes that people will remember her as a bridge between equality of education and a productive and contributing life.