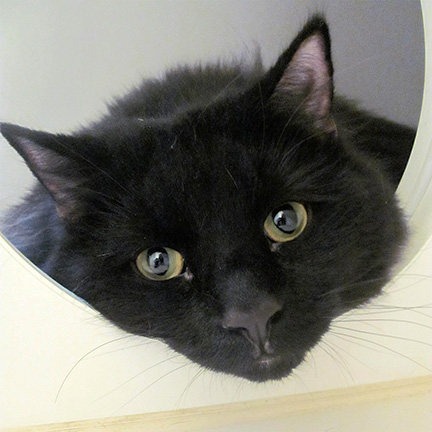 Way back in 1873, livestock were paraded down the streets of Wilmington on their way to market. It was a familiar scene in that era. Much to the shock of the observers, livestock were sometimes beaten. This mistreatment of livestock spurred the creation of the Delaware SPCA and 141 years later, they are still at it. The Delaware SPCA was formed to prevent cruelty to animals. While the mission remains steadfast, the organization looks very different than it did when they first started.

The Delaware Society for the Prevention of Cruelty to Animals (SPCA) is a private, non-profit organization. They receive no national funding and they fund their organization through adoption fees, individual donations, and endowment income. There are two shelters—one in Stanton, Delaware and another in Georgetown, Delaware. SPCAs are famous for housing homeless animals and their adoption services. The Delaware SPCA also provides extensive low-cost veterinarian services (also called wellness clinics), spay or neuter services, and vaccination clinics. Currently, they perform over 9,000 spay/neuter surgeries annually, more than any other provider in Delaware. They have the only high-volume low-cost spay/neuter clinics in the state. In partnership with PetSmart Charities, their clinics have special programs throughout the year to assist families who cannot afford to have their pets spayed or neutered.

In addition to the medical facilities, the Delaware SPCA began a program to aid the victims of domestic violence, and soon, they will add a program to aid veterans. They take in and adopt out about 2,500 animals each year and despite the fact that they are the only animal shelter in Sussex County, they are a no kill shelter!

A vast majority of their animals come from two locations. First, pet owners relinquish animals to the organization in times of hardship or when they are unable to care for an animal. Daily, persons who have found themselves recently homeless or simply can no long afford food for themselves, their children and their pets, ask for assistance in both shelters. With an estimated 109,000 of our state’s population living below the poverty line, these underserved people and their animals are the most vulnerable to economic downturns or unplanned crisis. Second, the Delaware SPCA pulls animals from high kill shelters with animal control contracts such as First State Animal Center in Kent County (formerly known as Kent County SPCA). Every week, Delaware SPCA staff arrives back after visiting these high kill shelters with a van full of new animals that they vaccinate, medically treat, spay or neuter, and clean up before putting the animals on the adoption floor. It is a massive undertaking. Next year, they anticipate adopting out over 3000 animals, all which are required to receive every one of these services before being available for adoption.

The $3 million budget required to operate these two shelters is only partially offset by donations and adoption fees. Currently, Delaware SPCA is building several for-profit enterprises to supplement the much needed income stream. For example, the organization is in the process of developing some of the unused portion of their twenty-two acre Stanton site. Four pads are being rezoned for commercial purposes. Two pad sites will be occupied by a Royal Farms gas and convenience store while the remaining pads are about to go up for bid. They expect a fast food restaurant to occupy one site while the retail center will house five potential renters such as Panera Bread or Qdoba Mexican grill. This innovative approach of having for profit businesses fund a mission will allow the Delaware SPCA to be a self-sustaining organization. This stability will ensure it will be around for another 141 years so it can serve our pets indefinitely.

Andrea Perlak is the Executive Director of the Delaware SPCA. For more information, visit delspca.org.