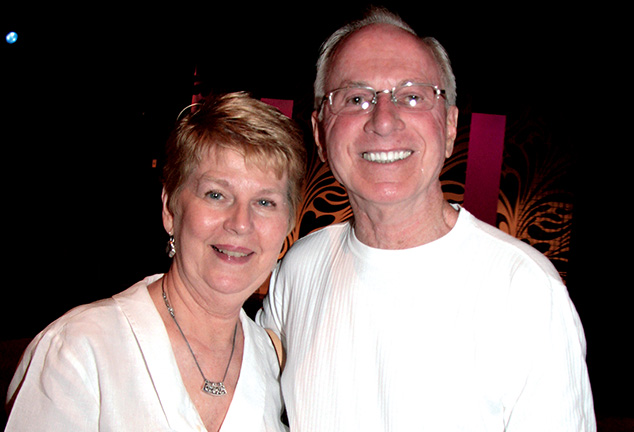 On Friday, April 24 I posted the following on Facebook:

Steve Elkins and I, along with all the CAMP Rehoboth Board of Directors, staff, volunteers, and members, are deeply saddened by the death of our beloved Charlie Lee. Charlie served in a volunteer capacity as the CAMP Rehoboth Development Manager for more than a decade. We are devastated by his loss. He will be missed.

Less than two months ago, we received the news that Charlie had been diagnosed with inoperable brain cancer. At the time, the doctors thought he might last four months. That was not to be.

Three days prior to his death, Steve and I stood by his bedside. He couldn’t see or hear very well, and he had difficulty speaking. “I need to pay my Well-Strung sponsorship,” we finally understood him to say, “get me my checkbook.” We assured him he didn’t need to worry about that at the moment. Even at the end, he was still deeply committed to the work and mission of CAMP Rehoboth—and was still giving us instructions on how to proceed without him.

When Charlie first retired in the early 2000s, he showed up at CAMP Rehoboth ready to work. In the beginning he took over the data entry for the annual Beach Book that CAMP Rehoboth produced until 2007 (when smart phones finally made it obsolete). From there, he took over the Sundance database, and worked closely with the creators of the CAMP Rehoboth database Sondra Arkin and Ron Childress. Over the years that followed, he moved easily into his role as Development Manager for CAMP Rehoboth, and played a huge part in the success of the new CAMP Rehoboth membership program launched in 2009. Just weeks before he died, that program passed the one million dollar mark—and Charlie was thrilled to share that news with us!

Though he continued to volunteer his time, he was considered to be a member of the staff of CAMP Rehoboth—and certainly no employee ever worked harder than Charlie Lee worked for CAMP Rehoboth. He was a meticulous record keeper. Fortunately for CAMP Rehoboth, as a part of our succession plan, he left equally meticulous accounts of what he did for the organization each day. Currently, close to a dozen of us are working to handle the work load that Charlie managed all by himself.

Throughout 2015 CAMP Rehoboth is celebrating its 25th Anniversary. One of the reasons we have endured all these years is our amazing pool of volunteers. In April 2010, CAMP Rehoboth Board member Chris Beagle began writing the Volunteer Spotlight feature for Letters from CAMP Rehoboth. Charlie Lee was the first volunteer profiled in that column.

"When I first joined the Board in 2009,” Chris Remembers, “Charlie quickly became a CAMP mentor for me. He offered encouragement, gentle guidance, and a unique, behind-the-scenes perspective that I valued terribly. I'll miss him for many reasons but as fellow PA natives and Penn State alums, we shared many stories of our pre-Rehoboth days. I always looked forward to the next story. Now I will treasure them as memories. WE ARE..."

As Executive Director of CAMP Rehoboth, my husband Steve Elkins worked closely with Charlie, and could always gauge Charlie’s mood by what he called him. “As a CPA, Charlie took great pride in making sure things were done the right way at CAMP Rehoboth.” Steve says. “Occasionally, I would hear him say, ‘ELKINS, I need to talk to you!’ and I knew what that meant. I found myself working harder to make sure that when he called my name, he said, ‘Steve,’ not ‘ELKINS.’ He was one in a million!”

Longtime CAMP Rehoboth Treasurer Natalie Moss also worked closely with Charlie. “Charlie and I had a lot in common,” she says. “We are both control freaks—in a good way. Being CPAs we like things organized and have a passion for detail. Charlie and I, along with Barb Ralph, share the responsibilities for the CAMP Rehoboth Community Center accounting. You would think being the “take charge” individuals we are, we would have butted heads over some procedure or policy, but we never did. We had a mutual respect for the work we both do/did for CAMP and an equal passion for CAMP’s success. I will definitely miss him for the wonderful person he was, but mostly as an accounting comrade.”

Fresh off of this year’s successful Women’s FEST, Shelley Couch, says: “Charlie, being the responsible financial CAMP steward that he was, withheld full commitment/absolute buy-in to FEST automation. When we went live with ticket sales on February 20 and sales were going smoothly and automatically, he came out of his office with a huge smile, held his arms out as if to embrace all in the office and cheered ‘We did it!, it's working!’ He had the most heartfelt and happy smile that afternoon and that moment...his huge smile and out reached arms is how I will always remember him.”

Kathy Wiz remembers Charlie like this: “It was after Charlie wasn’t there anymore that I realized it had become a habit for me to see if Charlie was ‘hiding’ in his office whenever I visited CAMP. If he was there, Charlie and I would always chat for a couple of minutes or more. I miss my Charlie chats. This winter I noticed that his eye was red and sore looking, so I would ask about that and he would update me about his recent, or upcoming, doctor’s appointment. When I remember these times with Charlie, two memories pop up. In the middle of one of our chats, Charlie looked up at me (he was always sitting behind his desk) and spontaneously said, ‘I like you, Kathy Wiz.’ I knew that Charlie didn’t just toss out these kinds of comments. It put a smile on my face for the rest of the day. The other outstanding memory I have is the last time I saw Charlie. I asked him how he was feeling and what the doctors were saying. He looked at me, with tears in his eyes and said, ‘They’re going to start exploring.’ We both knew that wasn’t good news. I said, ‘I don’t know if you want this or not, Charlie, but I’m going to give you a hug.’ He stood up to hug me back…I left without either of us saying another word. The hug said it all.”

“Over the years of getting to know Charlie,” CAMP Rehoboth Volunteer Committee chair Steve Hoult remembers, “one thing we had in common was the love of the Polo Ralph Lauren brand. As a manager for the company, it always gave me great pleasure to hand Charlie a Friends and Family coupon several times a year. I always knew Charlie would get great use out of it. He would come shop in the store and always leave with a smile on his face and a full bag or two in his hands. The few times I saw Charlie not wearing Ralph Lauren was because he was wearing his Sundance t-shirt! Charlie was a great friend and certainly a wonderful part of the CAMP Rehoboth family.”

Charlie Lee was an extraordinary man who gave his time, his talent, and his financial support to the work of CAMP Rehoboth. He was a quiet and steady part of our lives, and we depended on him in more ways than we even knew.

For Charlie, his volunteer work kept him connected to the whole community. In his Volunteer Spotlight interview he said: “The long dreary winters in Delaware fly by when you have a place like CAMP to fill many of your extra hours with worthwhile work. There’s always something to do…answering phones, condom stuffing parties (for the CAMPsafe program), CAMP Chorus, Volunteers on Vacation, Love, and Sundance. You’ll meet a completely diverse group of capable people who all have CAMP in common.”

He loved it, all of it! And we loved him.

We were blessed by his dedication, his passion for CAMP Rehoboth, and most of all by his friendship. In the 25 year history of CAMP Rehoboth his faithful service should be remembered as one of the reasons why we are still here and still a vital organization.

Thank you Charlie! Truly, you will be missed.

There will be a memorial service for Charlie Lee on Sunday, June 7 at 2 p.m. at Epworth United Methodist Church, with a reception immediately following at the CAMP Rehoboth Community Center.

Murray Archibald, CAMP Co-founder and President of the Board of Directors of CAMP Rehoboth, is an artist in Rehoboth Beach. Photo: Maggie Ottato and Charlie Lee at the B&W Beach Ball 2012.