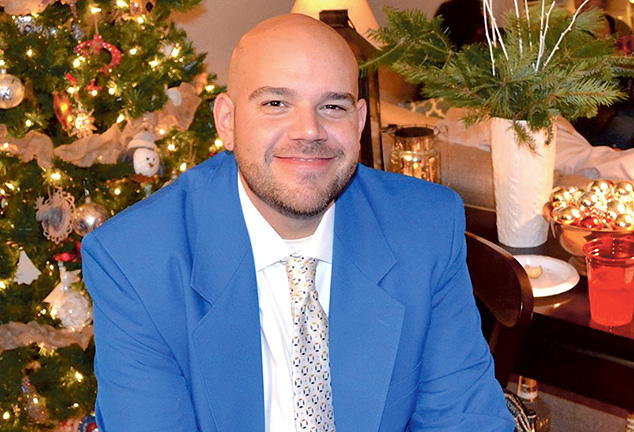 Coming Out and Kicking Butt

Anthony Nicodemo figured out he was gay in his early 20s. But it was not until he’d been coaching basketball for 18 years—and had just finished his fourth as head coach at Saunders High School in Yonkers, N.Y.—that he felt ready to come out of the closet.

And when he did, he roared out with all the intensity and power of a full-court press.

“I sat surrounded by these people, and realized I was tired of hiding where I was, and who I was with,” Nicodemo recalls. “All that worrying was exhausting.”
His one fear was that someone would say he could no longer coach. He knew Saunders was poised to do great things, and he loved his job.

But that did not stop him. On the plane home from Oregon, he knew he was ready.

Nicodemo made a list of people to tell: his athletic director, principal and a local reporter who was also a good friend.

The key was, of course, his players. They were starting their summer workouts. The coach called a meeting with them, administrators, and a couple of parents.
He told them he’d been lying about something for a long time. Now, he said, he needed to tell the truth.

The initial reaction was shock, Nicodemo remembers. But very quickly, the players stepped up. “Who cares?” one said. The parents added their support.

Only one slightly negative note was struck. One newspaper story wondered how he would handle epithets, making it seem that they were inevitable. Administrators were asked what “safeguards” would be put in place. But that was as “bad” as it got.

As word spread, his colleagues—opposing coaches—reacted with support too. When he returned to school in the fall, he was met with dozens of thank-you cards and letters from across the country.

Then things really got fun.

Nike sent a set of “Be True” shirts. On their own, the team decided to wear them while warming up before a game. Nicodemo let Saunders administrators know ahead of time, in case there would be a problem. There wasn’t.

Players have not been afraid to broach LGBT subjects with their coach. Recently, he says with satisfaction, the subject of trans people came up. “The kids really wanted to know more,” he says. “We had a very thought-provoking discussion.”

Nicodemo has a high profile in Yonkers—New York state’s fourth largest city. He’s joined the municipal government’s LGBT advisory board. During Pride festivities, a rainbow flag was raised over the city. At Saunders, a Gay-Straight Alliance was formed, with the coach as advisor.

His coming out sparked awareness and discussion beyond Yonkers, too. As director of the Lower Hudson Basketball Coaches Association, Nicodemo organized a workshop on LGBT issues. Two players from every team in the region heard panelists and participated in small-group seminars. This fall, athletes from all fall sports teams came together for a similar, larger event.

As one of the area’s top teams, Saunders is in demand for out-of-state tournaments. Last year, the Blue Devils traveled to Kentucky. Nicodemo was unsure of the reception he’d receive—or whether his players would be taunted for having a gay coach. He heard nothing, nor did anyone else on the team.

Last year—his first as an out coach—the Blue Devils finished third in the city. This year, right before Christmas, they won the city championship.
“Because we’re good, people can’t say much,” Nicodemo notes.

Personally, the decision to come out has been a game-changer for him. Nicodemo has met a nationwide network of LGBT basketball coaches and players, and many others working to raise awareness and acceptance of LGBT sports, who have become close friends. He’s traveled nationally, giving speeches and inspiring others to come out.

“It’s a real domino effect,” he says. “People realize ‘I can do this,’ they do it, and then others follow.”

More and more college and high school athletes are coming out—even some in middle school. Whenever he hears of one, Nicodemo reaches out to the young man or woman. “It’s inspiring to see,” he says. “They inspire me.”

Right now, Saunders is in the middle of its season. Nicodemo’s focus is less on LGBT activism, and more on Xs and Os.
“We’re tough,” he says. “And what a statement that makes: A team with a gay coach is winning games.”