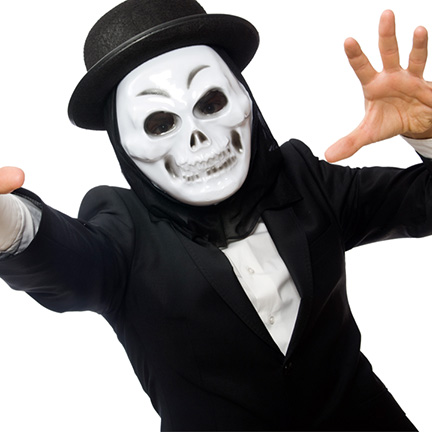 Trick or treat! On October 31, from 8-12 p.m., MCC Rehoboth and CAMP Rehoboth are partnering to celebrate Halloween with a costume party at the CAMP Rehoboth Community Center. The evening includes music, dancing, prizes, a cash bar, and snacks—and best of all, a spooktacular costume contest. So grab a wig and some high heels and don’t miss the fun! Admission is only $10. For Information call 302-227-5620. Silver Success! A Beautiful Day for a Block Party!

From the crowd on Baltimore Avenue on October 11, it almost seemed as if everyone in town had come out to celebrate at the CAMP Rehoboth 25th Anniversary Block Party. Anna Rexia (right), was one of the many entertainers who kept the happy Block Partiers dancing in the street. And West is West Author at CAMP Rehoboth

Last year it was reported in Letters that longtime CAMP Rehoboth volunteer Ron Childress had won the prestigious PEN/Bellwether Prize for socially active fiction. Now his book And West is West has been published, and Ron will be at CAMP Rehoboth on Sunday November 1, from 2-4 p.m for a book signing and talk. Thanks to Browseabout Books, 25% of all books sold at the event will benefit CAMP. For more, see Booked Solid in this issue. Every once in a while, the Rehoboth Christmas Parade and the Rehoboth World AIDS Day Candlelight Walk and Service of Remembrance and Hope fall on the same night. As has been done in the past, this year’s Candlelight Walkers will carry candles in the Christmas Parade. As the parade comes to a close, the walkers will continue on to All Saints’ Episcopal Church for the Service—including the reading of the names of those lost to AIDS. Beautiful Weather for a Fall Wedding

Based on the number of wedding photos that come to Letters from CAMP Rehoboth during each year, the fall season seems to be the most popular time of the year to tie the knot. From top left: Kathy Davison and Ruth Dickerson; Mitch Selbiger and Jody Bergeron; Pete Drake and Tom Horvath; and Daniel Truitt and Mark Queen. To have a wedding photo included in Letters, email a high-res photo to Letters.