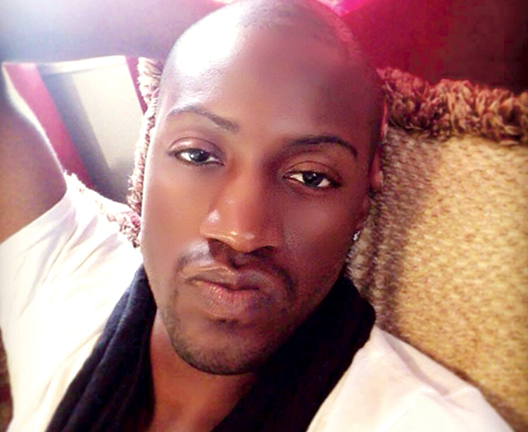 Sampson, award-winning comedian seen on BET, Comedy Central, and on stages in other venues will make an encore visit to the Metropolitan Community Church (MCC) in Rehoboth Beach on September 19 at 7 p.m.

Sampson McCormick is a nationally touring, award winning, stand-up comedian, writer, and activist who can make audiences double over in laughter whether he’s joking about his whacky and beloved, Aunt Jackie, his twink neighbor, or addressing homophobia, poverty, and religion.

For over a decade, he has been a favorite at LGBT pride festivals and mainstream venues alike. His screen appearances include BET, MTV’s Real World, and the Oprah Winfrey Network. He is also the author of two books Ebonic Faggotry, and Taboo Village: A Perspective on Being Gay In Black America, and is at work on his third.

He’s also released three live stand up comedy albums, including his latest That Bitch Better Be Funny: Live at the Howard Theater, where he made history, becoming the first openly gay comedian to headline the famous venue. Other prestigious venues that he has headlined include The White House, The Kennedy Center for the Performing Arts, The World Famous Comedy Store in Hollywood, CA, and Harvard University.

His comedy offers riveting, refreshing and original takes on religion, sexuality, life and politics—you know, all those things you weren’t supposed to talk about in polite company.

So catch Sampson at Metropolitan Community Church, in their new building at 19369 Plantation Road in Rehoboth. Call 302-645-4945 now for your tickets. It will be a hoot! And inspiring to boot!