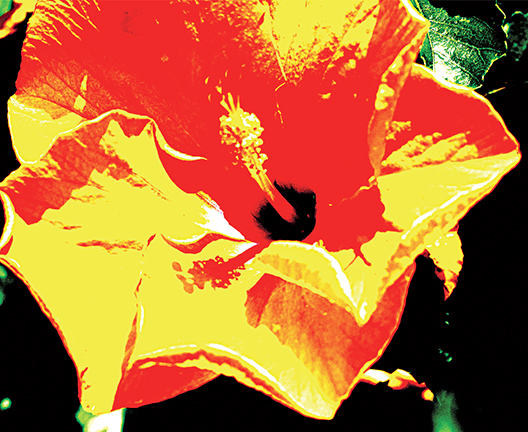 Without light and shadow, art is flat and one dimensional: the contrast between the two is what gives shape and dimension to paintings and photographs.

In the United States, we have been deep in a contentious election cycle for more than a year already, and the contrast between this summer’s two political conventions was dramatic. We are daily faced with divisive language that forces us to make choices that pit us against one another. The divisions of economy, education, race, religion, gender, and philosophy, egged on by relentless social media, seem to grow stronger with each passing day.

Beyond those labels, and all the other ones we attach to one another, we are all still Americans, and even in this extremely divided culture, one to one, neighbor to neighbor, human to human, we interact, we connect, we experience love and loss, pain and grief, joy and friendship. Rarely are the starkly contrasting colors of our red and blue state culture, a true measure of who we are as human beings.

Sometimes we fail to see that our strength truly does come from our diversity, but only when equality and respect take the place of political and commercial propaganda.

If we could take a snapshot of our entire American family, it would be rich with detail, texture, and color—a beautiful tapestry of light and shadow. In the casual way that we all so quickly become nothing more than demographics on a map, that snapshot gets tossed into a cheap photo editing app that renders its brilliant detail into nothing more than a flat black and white caricature of us as a nation.

As a people and as a nation we need balance in our lives, and we expect our leaders to do all they can to maintain a balance in government. That means that sometimes no one gets exactly what they want. It means that compromise is not a dirty word, or a sign of weakness. There has to be give-and-take, and a respect for different beliefs and opinions.

After 26 years of creating and leading an LGBT organization, I know from experience how important it is to recognize and respect the differences in opinion that exist within our community, and to maintain a balance that works for the most number of people possible. Do we get it right every time? Of course not! There will always be people who support us and share our vision, and ones who don’t—and that’s okay, because in that relationship there exists the means of adjusting balance within the organization. It creates the contrast we need to see who we are—and who we aren’t—who we want to be, and how we better live into our CAMP Rehoboth vision, mission, and purpose.

A “snapshot” of CAMP Rehoboth as an organization, taken right now, in August 2016, would reveal a strong sense of community. It would also reveal areas filled with programs, volunteers, members, activities, support groups, the arts, outreach into the community, advocacy across the state, a focus on the wellness of our people, and a deep sense that yes, this place is home, and this home really does have “room for all.” That snapshot would also show clearly our areas of “low contrast”—places where we need to improve, where we are missing the talent we need, or where there are holes that need to be filled with new and relevant programming, younger, engaged leadership and members, and a continuing focus on diversity and long-term planning.

In a well-developed photograph, there are areas of light and shadow, but they are neither too light nor too dark to see the detail and texture within them. In my hypothetical snapshot of CAMP Rehoboth, nothing is hidden, and the contrast just enough to give us an accurate view of ourselves—the good and bad, the pain and the joy.

This election cycle has made a lot of us very uncomfortable, and though I do not believe he should be President, the campaign of Donald Trump, and that of Bernie Sanders, as well, has exposed a portion of the population crying out for change—and feeling alienated and unheard. The challenge of our new President and Congress will be to make sure that they too are drawn into the vision of a unified America. That certainly doesn’t mean that everyone has to agree, simply that all of our stories are included in our American narrative. To stick to my current metaphor—all of us are part of the great American snapshot.

LGBT people should be the most accepting people on the planet because we know what it is like to excluded—to be made invisible. And yet, all too often, like everybody else we get so self-absorbed we forget how limited a “selfie” can be.

In all aspects of our lives, from government to small towns like Rehoboth Beach, and organizations like CAMP Rehoboth, taking a long, honest look at both the light and the shadow in our world and in our communities, reveals the real picture of who we are—and guides us as we head into the future.