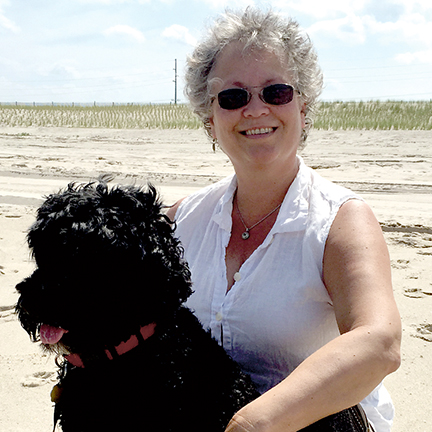 Wim Wenders remarked while documenting Cuban music, “The Cuban people have an amazingly strong and unbroken spirit.” This certainly describes Chiqui Gavilan who came with her family from Cuba when she was two years old. Bringing only their tennis rackets, her mother, father, and she and her sister stopped briefly in New York before settling in Hialeah, Florida. Hialeah has the highest percentage of Cuban American residents of any city in the United States, at 74% of the population, making them a distinctive and prominent feature of the city’s culture.

Chiqui’s handsome father, prior to coming to the states, was an actor in Mexican movies made in Cuba.  Adjustment was difficult for the family and her parents separated but still remained close. At the age of forty, her mother had to find work for the first time. Fearless, her mother worked at many things. A poised and beautiful woman, she rose to be the headliner in night clubs around the country.

Chiqui attended Comstock Elementary, part of the Miami-Dade County Public School system. High School was both in Florida and Georgia. Chiqui describes herself as very sociable and part of “the cool crowd.” Regrettably, Chiqui flunked her senior year in high school. “How’d that happen?” “Love!.”

In pursuit of this love, Chiqui moved to Mexico for the next four years. It was a productive sabbatical. She finished high school and studied hospitality and food management. She worked long hours in a hotel catering to Americans. But the call of family is great in the Cuban community and at 21, Chiqui returned to the States.

A cousin who was living in Potomac, Maryland offered encouragement and shelter. She enrolled in Montgomery Community College and after one year transferred to the Georgetown University School of Foreign Service. Here, Chiqui got a handle on her unique talents and graduated with honors. The National Endowment for Democracy, a private, nonprofit, grant-making organization created to strengthen democratic institutions around the world, snapped her up. Each year, Chiqui worked with more than 1,200 grants to support the projects of non-governmental groups, working for democratic goals, in more than 90 countries. She advanced to the position of Senior Program Manager for Latin America and received the National Association of Cuban Women’s Achievement award in 1992.

In typical fashion, Chiqui thought that her skills needed shaping. The Georgetown University Law Center was her next stop. After passing the Bar in 1995, she went to Weil, Gotshal, and Manges, an American international law firm, headquartered in New York City. Weil is consistently ranked as one of the most prestigious law firms in the world and is best known for its corporate, banking and finance, and restructuring practices. The firm employs 1,200 lawyers and has gross annual revenue in excess of $1.1 billion.

In 1999, Chiqui was recruited to be General Council for risk management by Reuters, an international news agency. Reuters has a policy of taking a “value-neutral approach,” to reporting the facts and in all situations avoiding the use of emotional terms.

But after 9/11, Chiqui took a look at her life. She and her partner took  Chiqui’s nephew to raise. The family moved out of the city to New Jersey and reevaluated their lives. She sheepishly ducks her chin and says, “I am a recovering lawyer.” Selling and listing Manhattan real estate provided the sane framework for family life. Chiqui and her partner were very successful.

Asked who inspired her, Chiqui is thoughtful. She describes numerous inspirational moments but settles on one: her cousin’s wife. She introduced Chiqui to the reality of professional women. Through her, Chiqui learned that she could join the ranks of leadership.

But in the back of her mind, the little, friendly town in Delaware where they had visited over the years, kept beckoning. Why not? In 2010 they moved to Rehoboth Beach. They affiliated with Long and Foster and continued to practice in New York City as well. Exhaustive house hunting landed the family a mile from Rehoboth in a house and neighborhood they love. It has been beneficial for the whole family.

The Chavis Gavilan Team has been inordinately successful. In 2014, Chiqui was appointed a sales manager for Long & Foster Real Estate, the number one independent residential real estate company in the country. And they continue to work the Manhattan market. Chiqui was appointed to the Delaware Commission for Women by Governor Markell and has a reputation for never saying no to a cause or to a person. But most astounding, and alluding to the tennis rackets brought from Cuba, Chiqui and her partner are pickle ball champions.

Asked what she wants her legacy to be, she doesn’t hesitate. “I want to be remembered for showing kindness and fostering respect for every person I’ve met. Respect is the mother of all virtues.” With this, I bathed in her energy and felt better in myself.