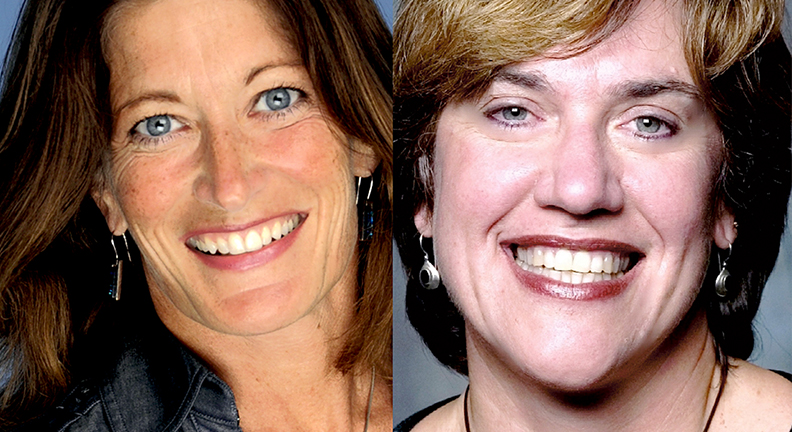 Get Your Tickets Now!

Jennie McNulty and Lisa Koch are coming to CAMP Rehoboth on August 5 for two shows. Have you got your tickets yet for the Jennie and Lisa show? Tickets are selling fast, so hurry!

CAMP Rehoboth and the Women’s FEST team are hosting comics Jennie McNulty and Lisa Koch (who also sings!) at CAMP for two performances only, 7 and 9 p.m. on August 5.

The Women’s FEST Team is importing these West Coast performers for one-night only. Tickets, at $25 are available now at camprehoboth.com. This is a first effort by the FEST team to bring entertainment to town all year long, so, let’s make it a huge success. Oh, and the shows are certainly not just for the gals—these two comics will make everybody laugh!

Jennie McNulty, is “One of the premiere comedians in the country” according to the The New England Blade and Curve magazine rates her as one of the “Top 10 lesbian comics.” Her playfully sarcastic style is a winner.

Lisa Koch was in Rehoboth for FEST many moons ago and we are thrilled to welcome her back. An irreverent Seattle singer/comedian, Koch (“Coke”) is a deliciously twisted mix of comedy, theater, and demented songs.

So get your tickets ASAP for this hot night of comedy, a summer spectacular brought to you by CAMP Rehoboth and the Women’s FEST Team. Tickets are $25 at camprehoboth. com. The shows are certain to sell out at CAMP’s intimate venue. Be there!