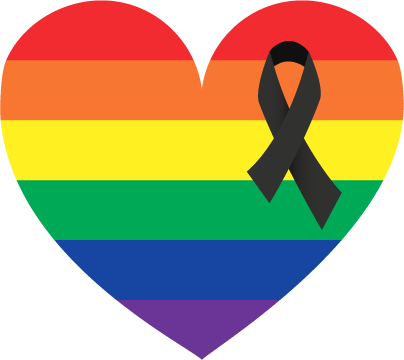 A Note from Murray in Our Time of National Grief

By the time the terrible news of the Orlando shooting in the Pulse nightclub reached us, many pages in this issue were already written and were part of the finished layout. After organizing a vigil at CAMP Rehoboth on the day of the tragedy, we spent part of the next two days rewriting columns and editing finished pages, and through it all, I kept thinking about what I needed to do with this column. In the end, knowing that several of our writers were at work on new columns devoted to Orlando, I decided to hold my thoughts on it for the next issue. My decision, however, was not based on the additional coverage in this magazine, but because this is my Pride Month column, and in it I celebrate who we are as a community, and what we have the potential to become in the future. It is about the rainbow and what that means to us as a symbol. In times like these, we need our families and our community, and we need our symbol to share across the country and the world. Even in our grief, it is still the month we celebrate our history and our identity, and we need that more than ever, so the column remains.

I am so grateful to all those who helped us build CAMP Rehoboth, because in times of need there is “no place like home.” Even on that sad day, there was joy in our having a place to gather with friends and community. This Pride Month, we will hold our rainbow flags a little higher than usual and send the message that we stand strong with our brothers and sisters in Orlando. Reflections on a Rainbow Theory

When Gilbert Baker designed the original rainbow flag in 1978, it had eight colors: hot pink, red, orange, yellow, green, turquoise, indigo, and violet. That flag flew in the San Francisco Gay Freedom Day Parade in June of that year, and was hand dyed and sewn by volunteers. After Harvey Milk’s assassination in November of that year, the demand for the rainbow flag increased, and mass production began on a larger scale. Right away, the hot pink was dropped because that fabric color was not available. By 1979, the indigo and turquoise had been combined into royal blue, and the rainbow flag took on the six color look so familiar to us today.

Interestingly, Baker also assigned a meaning to each of the original eight colors: hot pink was sexuality; red, life; orange, healing; yellow, sunlight; green, nature; turquoise, magic and art; indigo, serenity and harmony; and violet was spirit. Without the hot pink and turquoise, the modern rainbow flag is missing sexuality, magic, and art. That seems oddly representative, to me, of our grown up, mainstreamed, modern gay movement, as well. On the one hand we celebrate our progress and our inclusion in the greater world around us; on the other, we mourn the loss of our culture and the outsider status that made us unique and shaped our identity.

As much as we might, on occasion, long for the creative wildness of our movement’s younger days, we cannot go back to a time when the closet was home for much of our community. Back then, it was a crime in many places to be gay and our bars were raided by the police on a regular basis, there was no marriage equality, we could not receive medical benefits or Social Security when our partner passed away or was disabled, and we could not adopt children or serve openly in the military. Most damaging of all, perhaps, homosexuality was classified as a sickness.

June is the month we celebrate our gay pride, our gay history, and all the progress we have made. Though it could be argued that, like many elements of LGBT culture, it too is on the road to obsolescence, there is still a need for the healing and joy that comes from our times of communal celebration.

As to the complaint that the homogenization of the LGBT community has deprived us or our “hot pink and turquoise” flamboyance, so what! Already the younger generation is dropping the labels that previously defined us, and we are more and more being integrated into the culture around us. That in no way means we have to give up anything unique about ourselves. It does mean that we might have to reinvent our cultural niche as we go forward—or that it simply no longer matters at all. Most importantly, it means that throughout our culture it is becoming more and more acceptable to love whoever we want to love, and to define ourselves in whatever way suits us best.

The more visible and accepted we become, the more panicked and threatened—and vocal—our opponents become. In a weird kind of way, that’s understandable. When deep seated beliefs are challenged, it’s human nature to be afraid. Change is difficult, and in the case of gay rights in this country, we have moved at lightning speed in recent years. Older generations of LGBT people, have lived through some amazing and horrible times. We have fought for freedom and buried countless friends lost to AIDS—but we are still human beings, and now that we have changed the world we, too, find ourselves a little afraid sometimes, because it feels like we have lost our identity. In truth, we are only discovering a new one.

In the big rainbow of humanity, we are all an equal part of an infinite spectrum of color.

At certain rare moments in our lives, for an instant, it is possible to catch a glimpse of the way life should be, could be, if we simply stopped being afraid of people who are different from ourselves—if we stripped away all the labels we use to define our differences. Those moments of revelation never last as long as we would like, for all too quickly the stress and worry of everyday life returns us to state of guarded wariness and suspicion of others.

The concept of loving everyone sounds simple. It is not.

From its beginning, CAMP Rehoboth was built, in part, to improve community well-being on all levels, and to work to put an end to prejudice and discrimination. It was built by the LGBT community and our allies, but it was never meant to only serve LGBT people. At its heart it is about “creating a more positive world for everyone! At its heart it is about building a world where each of us is free to love who we want to love, live in the gender we know we were meant to be, and have all the rights and respect that every citizen of this country is promised by our Constitution.

In celebrating gay pride this year, Gilbert Baker’s rainbow is going to be on my mind. Most assuredly, it’s going to include “hot pink and turquoise”—and in my heart, as many of those 10 million other colors as I can possibly contain!