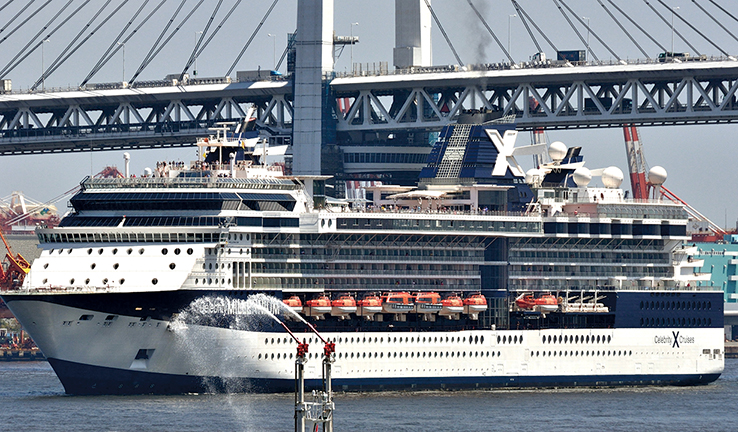 Though it’s filling up fast, there is still time to sign up for the 2017 CAMP Rehoboth Cruise to Hong Kong, Singapore, Thailand and Vietnam. Join Annette and Rick Stellhorn of Accent on Travel on April 22 at 4 p.m. at CAMP Rehoboth to find out the details about this amazing experience aboard the Celebrity Millennium. To RSVP, call 302-703-6154. Anything Goes at Clear Space Theatre

Clear Space Theatre Company presents Cole Porter’s classic 1930s musical Anything Goes, March 18-April 3. Joseph Chubb and Sydney Gray star. Anything Goes features classic Cole Porter tunes like “Friendship,” “It’s De-Lovely,” “I Get No Kick from Champagne,” and the title song “Anything Goes.” For more details about the local arts scene in Coastal Delaware, check out CAMPdates in this issue of Letters from CAMP Rehoboth. Members of the CAMP Rehoboth Chorus perform “Hey Big Spender” during their sold out run in February. Tickets to the final show of Sassy, Brassy, and Classy at Del Tech are on sale now. The Rehoboth Area Men’s Social (RAMS) Group will hold its annual Easter Bonnet Brunch on Saturday, March 26, 11 a.m.-2 p.m. at Rigby’s. Cost for the Brunch is $15 per person, and includes the buffet brunch, one drink, and gratuity. Prizes will be awarded for the most creative bonnets. All men are invited. Bonnets are encouraged, but not required. To RSVP, call Roy Perdue, host, at 302–947-1896, or send him an email. Cuba to California! Letters on the Road