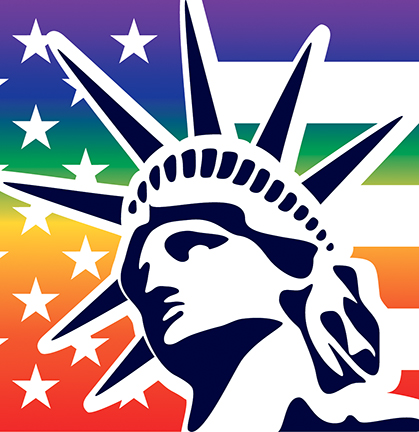 As I sit down at my keyboard to write, I am very much aware that the day is Super Tuesday. To be truthful, the day doesn’t feel all that “super” to me.

Even in the best of times, life can be stressful. In election years, and especially in this election year, there is an added level of stress as we live with the 24/7 chatter of TV talking heads, radio pundits, email blasts, and social media news feeds overflowing with videos, interviews, and unceasing opinions on every conceivable aspect of this bizarre and ferocious fight for the White House, control of Congress, and even the Supreme Court.

So far in this election cycle we have witnessed name calling and bullying—from candidates, not children. Worse, has been the undercurrent of racism and bigotry created when fear of “others” is used as a political tool. Racial matters have been deeply embedded in the political process in America throughout its history, but in recent decades—and with the inauguration of President Obama—it felt like we had finally made real progress. Yet now, it seems as though some of that ancient racism has simply been hidden away in the closet of political correctness.

In looking for a bright side, I hope that what feels like a rise in racism is, in fact, only the opening of those closet doors—and that when exposed for what it is, the people of our nation will finally let it go to its grave in the history books, and turn to face a bright future where we all rise together.

At this year’s Oscar night ceremony, host Chris Rock was given the impossible task of acknowledging that the Academy—and all of Hollywood, for that matter—still had work to do in the area of race, and at the same time, entertain the star-studded crowd and the millions watching it around the world.
Chris made everyone squirm a bit in their seats and in front of their television sets—and I applaud him for it. He was relentless. He reminded us that racism is us. He reminded us that each and every one of us contains a little closet in our hearts and minds where we’ve buried prejudice and fear.

“The closet” is a familiar place for LGBT people. It is also a complicated place: until we are completely out, we open it in some situations, and close it just as fast in others. What we don’t seem do very often is talk about what else is buried in there along with our sexuality, which is surprising considering that we should be adept at self-examination after surviving the coming out process.

The Obama years have been extraordinary ones for LGBT people: marriage equality in many states across the country, the end of Don’t Ask, Don’t Tell; the pivotal Supreme Court decision on DOMA that led to marriage rights across the country, and a growing awareness and understanding of our transgender brothers and sisters. Sadly, the backlash from social conservatives has forced the Republican presidential candidates to move even further to the right on the matter.

As LGBT activists, we have already learned many lessons from other minorities on how to fight for our rights and freedom. The lesson we need to remember in this election cycle is that deep change takes a long time. Just because discrimination becomes less and less acceptable in society, doesn’t mean that it has disappeared. Sometimes it has only receded into a hidden and closely guarded closet.

This year, as my husband Steve and I make plans for our future, they are heavily influenced by our ability to receive marriage benefits. I can’t help but worry about what would happen if the government took a far turn to the right and somehow managed to take away the new rights that have meant so much to us—far more, I confess, than I ever imagined they could be.

Continuing our work here at CAMP Rehoboth and in organizations like it across the country is vital to opening closet doors of all kinds. If the struggle, as history has shown, continues to loop back upon itself and move two steps forward, and one step back, we can’t give up now. Already laws that will allow discrimination against LGBT people under the guise of “religious freedom,” are popping up in state legislatures around the country.

This is a pivotal time for LGBT people and for all Americans. Our political system is in upheaval—and we are deeply divided as a nation. Racism and homophobia are still a part of everyday life in America. Attacks on transgender people continue to rise—both physically and through legislation. Gun violence has almost become acceptable behavior. Republican candidates continue to speak out against marriage equality—and to incite prejudice against immigrants, Muslims, and refugees.

Now is not the time for us to give up on our efforts to “create a more positive” world. From its beginning, the CAMP Rehoboth mission and vision have called us to work “to promote cooperation and understanding among all people.” To fully live up to that challenge means reopening our own closet doors and thoroughly examining whatever detritus has been left behind to accumulate in its dark corners.

CAMP Rehoboth was created to make sure that LGBT people were welcomed and included as a part of the diversity of the community around it. After 25 years, and though the organization has now been firmly established, we must continue to build on our success by making sure that everyone—no matter skin color, economic status, religion, age, sexual orientation, or political party—is also a welcome part of the CAMP Rehoboth family.

It’s almost spring—the perfect time to clean out a closet or two!

CAMP Rehoboth exists today because so many people in our community have given passionately of their time, talents, and financial resources to support it. As our 2016 CAMP Rehoboth Membership Drive continues, we encourage all members to renew or upgrade their membership, or if not a member to sign up today.