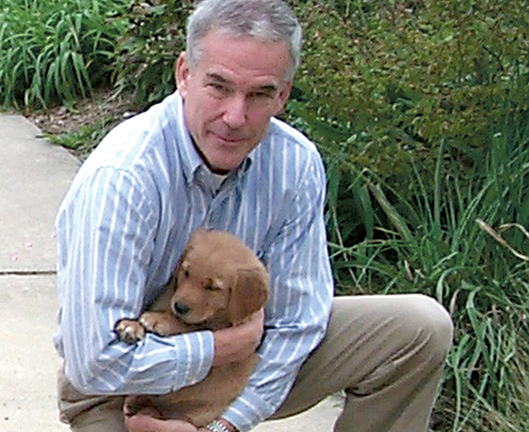 If you are even remotely aware of Delaware History, the name Cannon rings a bell. The infamous Patty Cannon made a name for herself in the 1820s in gruesome ways. [Editor’s note: Google Patty Cannon for all the details.] But, Maury Cannon emphasizes that Patty was an in-law not a Cannon born. In any case, Patty was a late comer to the family who had sailed up the Nanticoke River and settled in what would become Delaware in the early 1600s. The Cannons set about clearing the land, putting in crops, and raising families. For the next four centuries, the Cannons farmed, fought wars, ran businesses, built railroads, governed, built factories, and were part and parcel of the building of our state.

Maury was born in a Wilmington Hospital; His mother had a heart defect that required more technology than Beebe could provide. His family lived in Bridgeville but moved to the family farm so that they could all have horses. The family had owned the Dale Farm since 1909 when his grandfather bought it for the princely sum of $15,000. The land produced vegetables for H.P. Cannon and Son, founded in 1881 by Henry P. and Philip L. Cannon close to the Bridgeville Railroad Station. The company canned asparagus, peas, string beans, squash, pumpkin, and tomatoes.

By the time Maury’s family settled on the farm, the family was very comfortable and well known throughout the state. His mother, Charlotte Lee Cannon, a descendant of Richard Henry Lee, was an accomplished artist and pianist who guided her three children in life skills and proper behavior. Mrs. Cannon mirrored her husband’s family in community involvement. She was instrumental in the building of Nanticoke Hospital and served on the Board of Directors for forty years. In 1971, she became the first female Board Member of Delmarva Power and Light. Maury describes his dad as a man who knew no strangers. He was outgoing and a practical jokester, as well as a consummate business man.

Maury describes his childhood as “Edwardian.” They had “help.” They dressed for dinner. They all went off to boarding school.

He recounts his experience at St. Mark’s School in Southborough, Massachusetts as the most productive and influential of his life. Headmaster William Wyatt Barber, Jr. led St. Mark’s from 1948 until 1968 and proved a remarkable influence over many young men during that time. Maury was “chosen” to study Greek under Mr. Barber and details the structure of his learning: discipline, responsibility, dedication, reliability, compassion, and respect. The study embraced all of life’s attributes and challenges. Maury reports that this experience inspired and influenced his life. He laughs that Princeton was a breeze after St. Mark’s.

In 1971, Maury returned home to take his place in the H. P. Cannon and Son, Inc. Company. He served in various positions in the company including farming operations, warehousing, quality assurance, production, accounting, sales, and general management, and ultimately President. It was his unhappy task to close the company during its one hundred year anniversary. Times had changed and the canning business stalled. Maury quickly cautions, “It was an honorable closing. No one suffered. All were made whole.”

Maury and his wife Nancy married in 1978 and had rehabilitated a home in historical Bethel, Delaware. Maury had inherited an enthusiasm for railroads and airplanes. He owned his own plane and flew out of the Laurel Airport. After the closing of the canning company, Maury bought a partnership interest in the Delaware Coast Line Railroad, a freight rail contractor of the Delaware State-owned rail lines in Sussex County. This was the beginning of a long second career in marketing, equipment maintenance, financial management, preservation, and promotion of the Wilmington and Western Steam Railroad, the Wilmington and Western Railway and the Delaware Railroad Administration. Maury culminated his career in 1995 with the purchase of the Brandywine Scenic Railway which operated excursions along the Brandywine.

Maury’s marriage faltered in 1998 and the Brandywine Railway was sold. He concluded that a move to the beach was indicated. A townhouse in Lewes met his needs. The beach was still close enough to easily visit with his mother in Bridgeville and his kids in Wilmington. But Maury couldn’t live without business challenges. Answering an ad in the Cape Gazette in 2001 generated a job as office and financial manager for Zando Designs in Milton. A perfect fit. The Libby Zando/Maury Cannon team has thrived for the past 15 years designing many venues but most especially historical preservation.

When Maury is asked about what he hopes will be his legacy, he struggles. “I have tried always to be dedicated, reliable, and hard working. I hope that I can leave a legacy of decent, generous, and respectable business practices.” He smiles when it is suggested that he not only leads the way in honorable business practices but also social and family living skills.