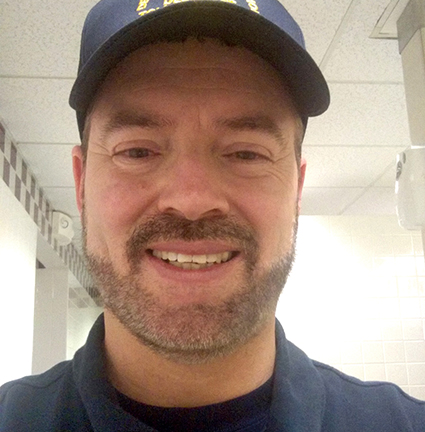 Vince Lombardi once said that, “The price of success is hard work, dedication to the job at hand, and determination.” That describes Dan Foskey in everything he does. He asked why he was chosen for this column. He was intrigued by my explanation that, as a Delaware history buff, I knew that the Foskey Family had been in Sussex County since before the Civil War. He laughed and reported that his mother was a Jefferson, and they had stayed in Virginia.

Dan was born in Milford, Delaware. Shortly thereafter his father got an opportunity to run a large chicken farm in Salisbury, Maryland. What is not generally known, farms are often owned by investors who hire trained farmers to run the business. Dan’s dad ran this chicken farm for many years for a number of major suppliers.

Dan is a twin. He laughs that they must be fraternal twins because they are so different. They both went to local Salisbury kindergarten and elementary schools. Dan’s parents, after a brief period of “worldly” behaviors, joined the Church of the Nazarene. Their family life became even more regimented and strict. The church was an integral part of their lives. But singing was part and parcel of it. Dan can’t remember when his family didn’t sing together.

Dan went to high school in Salisbury where he took college prep. He wanted to study architecture and design buildings. He was very close to his mother who held the family together. She passed away at the age of 40 from kidney failure. His father married again shortly to a very strict task master. Dan escaped into architectural drafting projects and planning for ways to get out of town.

His family’s strictness and shortness of money for education made him restless. He intrinsically knew that he needed space in order to pursue his life. He joined the army. First stop was Ft. Jackson, South Carolina for Basic Training. How was it? Big smile, “Great!” Dan fit easily into the strict regimentation and expectations. After Basic, he was transferred to Goodfellow Air Force Base in San Angelo, Texas. He still harbored a love of architecture but was becoming more and more fascinated by technology. He wanted to be a radio operator but was put into military intelligence developing signal warfare. His enthusiasm for technology fueled his success in keeping tabs on Soviet Weapons during the Cold War. During the Gulf War, he was transferred to South Korea where the atmosphere was very tense because of the threats.

After the war, Dan was transferred to Ft. Drum near Watertown, New York. He continued his surveillance of Soviet weapons but the tenor of the military was changing. As much as he loved his work, growing restrictions on his social life began wearing on him. Bill Clinton was campaigning on a platform easing the ban on gays in the military, but the military was digging in. Dan reasoned that if he wanted to live his life openly and honestly, the US Army was not the place.

After discharge, he returned to Salisbury and the Bonanza Steak House where he had worked as a bus boy during high school. Shortly, he was promoted to shift supervisor and was highly valued and encouraged to aim higher in the corporation. But a love affair with an Airman prompted a move to Dover.

Examining his priorities, Dan concluded that he wanted to work in a job that combined technology, routine, stability, and advancement. He successfully applied for a job with DelDot as a toll collector at the Route One toll plaza. Within two years, he received his first promotion. Now 22 years later, he is a supervisor. Asked about his success in the dreaded middle management hierarchy, he is matter of fact. “There are two sides to every story and as a supervisor I have to tease out both sides by listening carefully.” He refuses to take work conflict personally and attributes this to his being notoriously hard to scare. “It’s just different opinions!” He cautions that every day is a new day and to never let the past effect the future.

Who inspired you, Dan? “My Dad.” He worked until the job was done, year after year. He was loyal to his family, his church, and his employer.

Dan moved to the beach in 2010 because he wanted to belong to a community. He volunteers, sings in the CAMP Rehoboth Chorus, is active with his church’s LGBT outreach ministry, and parents three dogs in the home he shares near Lewes. He is an avid gardener, and loves his neighborhood for its large gardens. He remarks that his life is full.

Asked what he sees as his legacy, he doesn’t hesitate. He wants to be remembered as a good, spiritual, and decent person who lived his life as openly gay and proud.