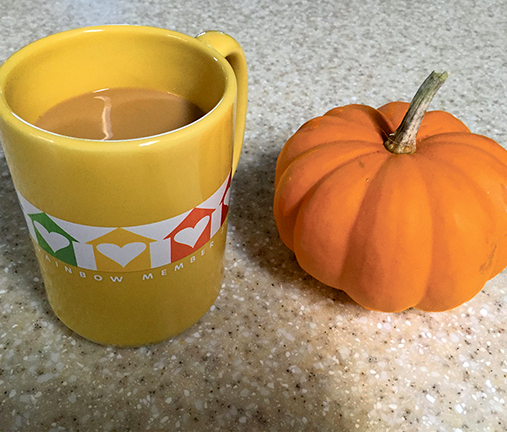 Well, nobody expected that to happen. President–elect Trump.

But it was a bleak day in the United States on November 8, 2016 if you were not a straight, white, Christian person. Oddly, the many women who voted for President-elect Donald Trump seemed not to feel the target on their backs or the inequality in their paychecks. Eventually, it will dawn on them.

What kind of country is this? What the hell happened to kindness?

I do know that this 18-month election season, overflowing with stupidity, bigotry, hatred, and lies was actually a peaceful (so far) ballot box revolution. Like the Arab Spring, it was the American Autumn.

Clearly, a smidge over half the people who voted have mistaken reality shows for reality. But of all the stupid on display in this election, the most disheartening trend is the nation’s willingness to accept outrageous lies as fact. The media doesn’t call out the lies or liars and demand retractions; the populace itself doesn’t demand a stop to the lying; campaigns and news outlets lie at will and there are no penalties.

There must be consequences for knowingly lying. We must disprove the lies by the politicians, campaigns, and the media itself and liars must be fined big time. News organizations must be outed and have to pay up. Talking heads must be called to task and required to fork over the big money. Hell, if making money is the motive for repeating the lies on the news, let’s hit them where it hurts.

Listen, merely twenty years ago, people thought it was just fine to let their dogs poop all over sidewalks and lawns without feeling the need to clean it up. Likewise, few people thought twice about driving buzzed or even drunk.

But over the last two decades, our consciousness has been raised about those two issues and others like them. It has become socially unacceptable not to clean up after our pets, and almost all of us hand over our keys or call Uber when we know we’d be driving impaired.

New Rules. It’s not okay. We need to echo those immortal words from the film Network. “I’m mad as hell and I’m not going to take it anymore!”

Of course, it would be a lot easier if people’s pants actually did burst into flame when they lied or their noses grew into giant dildoes when they made stuff up. But alas, not so.

So we need a national, non-partisan Lie Detection Society, headed by a truthfulness czar with a staff of researchers to call out lies and stop the bullshit.

Just as curb your dog laws made us scoop the poop and the heroic MADD, Mothers Against Drunk Driving made it unacceptable to drive drunk, we need a new acronym to take the campaign poop out of politics. Let it be unacceptable or at least very expensive to lie. We can do it. What’s a good acronym?

You get the idea. Pick one. Let’s organize. I stand ready to work.

But because this is the last issue of the year, I cannot go out with a political rant. It’s not nice. So in the interest of catching you up with other news, I didn’t want you to miss the story of right-wingnut radio host Rush Limbaugh’s screed about the rise of lesbian farmers.

This caught my attention because I am one.

You may recall that in the fall of 2014 I discovered a crop of baby pumpkins sprouting in the tiny mulch bed in front of my house. The total crop on my “womyn’s land” was three small pumpkins and I went out of my gourd with glee at being an urban farmer.
Sadly, the pumpkin patch remained fallow in 2015, I hope, through no fault of mine. I feared it was the end of my nascent agricultural career.

Yay! Production was up by 25 percent and I was back working the land.

Imagine my shock when I heard that Limbaugh yammering about a USDA program called Rural Pride—started to improve the lives of rural queers. Limbaugh began shouting that the program was an “attack,” orchestrated by the Obama administration, on what he noted was the last conservative bastion—rural America.

Fearing that subsidized lesbian farmers could over-run rural communities, he shouted, “I never knew lesbians wanted to get behind the horse and the plow and start burrowing.”

Oh honey, I did. Wearing flannel and waving pitchforks.

The whole thing sounded so incredible to me I checked it out. Even the internet’s hoax patrol Snopes.com confirmed the news. Calling the meme Pink Dawn, Snopes noted that “Conservative radio pundit Rush Limbaugh railed against what he described as an Obama administration plot to pay lesbians to become farmers and invade conservative rural strongholds.”

As for me, I am thrilled to have been the object of Limbaugh’s nightmares. This New Yorker harvested the cream of the crop (the top of the heap). The gourds are not big enough for pumpkin pie ingredients but they will make a lovely centerpiece.

Happy Thanksgiving and holiday season all, from Bonnie, Windsor, and the farmer in the Del…aware manufactured home park. Cheers!