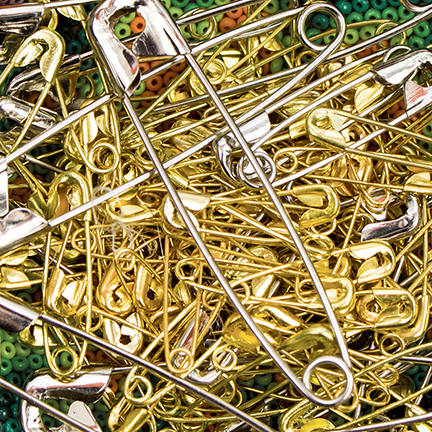 The End...and the Beginning

On the day following this year’s election, I was so exhausted by the constant stress and anxiety of the last few weeks, I didn’t even watch the news—and I finally put down my phone for an extended time period. That night, I escaped for a few hours to “a galaxy far, far, away, “and re-watched the latest film in the Star Wars series—The Force Awakens. It took my mind off the election for a few hours, and provided much needed inspiration: after all, even the Jedi had suffered defeat.

For many of us who work for equal rights, this election seems like the end of the world. It’s not, but it is a reminder that our work is not yet over—and that for now, the Presidential gender glass ceiling remains as unbroken as the sea of red filling the rural heartland of America.
From sea to shining sea, this election cycle has exposed a dark underbelly of racism, misogyny, xenophobia, homophobia, and bullying across our beloved country. We can give in to despair, or we can slip on our combat boots, head back into trenches, and take up the fight for equality with renewed fervor.

My husband, Steve Elkins—Executive Director of CAMP Rehoboth, and editor of this publication—is convinced that we have become complacent in our recent marriage victories—especially those of us who live in reliably blue states. “In our little corner of the world, all we see is blue,” he says. “We will not give up the fight.”

The platform of the Republican Party and the words of President-elect Donald Trump during the campaign have terrified many in the LGBT community. Here at CAMP Rehoboth we are hearing from folks who are anxious about what the future holds, and have questions about the future of gay marriage and the benefits that go along with it, and about LGBT rights in general.

There has never been a time in the history of any progressive movement, when the expression “two steps forward and one step back,” was not applicable to it. We must understand and remember that this is part of the process, and that every time we move forward we take a few more people with us.

To the younger members of our community who may never have had to fight for equality, what happens in the next few years may be difficult to understand, but please don’t despair. We’ve been here before. Never forget that every voice counts—that your voice counts—and we need every bit of support we can muster.

In the days following the election, CAMP Rehoboth provided counselors for those who wanted to talk, and we are in the process of organizing an ongoing discussion group for those who are concerned about what the future holds for LGBT people, immigrants, Muslims, women, the Affordable Care Act, marriage equality, and a possible rise in hate crimes.

Now more than ever, the work of CAMP Rehoboth and other LGBT organizations and community centers around the country will be needed as we face a questionable future—and we may, indeed, have a few bumpy years—but we continue to believe that good will prevail and justice is on our side. We will, I’m quite sure, continue to celebrate small victories along the way, like the defeat of North Carolina Governor Pat McCrory, who championed that state’s notorious anti-gay HB2 bill earlier this year.

In her concession speech, Hillary Clinton said: “Our constitutional democracy demands our participation, not just every four years, but all the time. So let’s do all we can to keep advancing the causes and values we all hold dear.... For people of all races, and religions, for men and women, for immigrants, for LGBT people, and people with disabilities. For everyone.”

That has always been the goal of CAMP Rehoboth: to create a community that welcomes everyone—including Democrats and Republicans. We will not give up on our vision of being “the heart of the community.” We will do our best during this time, to be available to those who need us, and to continue to work tirelessly to “create a more positive” world around us.

This is the last issue of Letters from CAMP Rehoboth for this year, so yes; this is an ending of sorts after all. Come February, we will publish once again, and all together face whatever the new administration unleashes upon us. In the meantime, CAMP Rehoboth is open throughout the winter, with the exception of a few days around Christmas and New Year’s Day.

We are deeply grateful to all our members, donors, supporters, volunteers, and friends who have supported the work of CAMP Rehoboth in 2016.

Thank you, my friends! Be strong. Happy Holidays.