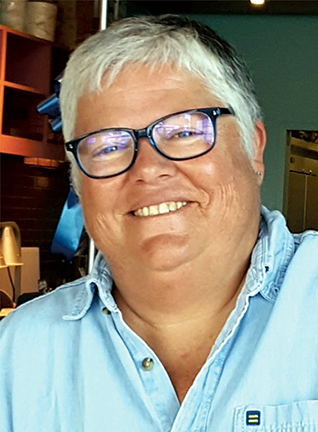 Alicia Mickenberg: Have Viola, Will Travel

A native of Queens, New York, Alicia Mickenberg still has that hearty “New Yawk” accent and a wicked sense of humor. It’s possible that she’ll be a comedian in her next life as she had me in stitches during the interview for this article. But before we get into her next life, let’s dig a little deeper into her current life:

At the young age of six, Alicia discovered what would become her life-long vocation: music. Her father was an attorney and her mother a stay-at-home mom. Mom played piano and her brother took piano lessons and one day six year old Alicia sat down and started playing piano by ear. “Everything I know about music I already had within me at six years old,” said Alicia. “Everything I’ve learned since then, such as technique, reading, and style is just fine-tuning what I already had in my head.”

But rather than form a piano trio with mom and her brother, Alicia decided to find another instrument to play. One day she discovered an old, beat up violin in the basement that belonged to her dad. From fifth grade on she took private violin lessons. Upon graduating from high school, Alicia attended Queens College. “Back then, it was $100 per semester,” said Alicia. Halfway through Queens College, she was already a freelancer, playing alongside her teachers and she took up viola to become a “doubler” to get more gigs. One year after taking up viola she got the crazy idea to apply to The Juilliard School (“Why not?”), and, much to her surprise she was accepted.

During her four years at Juilliard, Alicia supported herself with freelance gigs all over New York City and by teaching private violin students on her weekends in Queens. Upon graduation, she began a thirty-year career as a full-time musician as well as a violin/viola instructor, playing literally “just about everywhere in the tri-State area, from Carnegie Hall, Broadway shows, small orchestras, weddings, even the street corner.” According to Alicia, “I can impress you with all the people and orchestras I have played with, but really I’m just Joe Schmoe union musician lucky enough to be able to make a living doing what I love.”

In 1996, Alicia met Kathy Fitzgerald, her future partner and spouse. They soon took up residence in Northern New Jersey, in an effort to be close to Manhattan both for Alicia’s music work and Kathy’s job as a lawyer at AIG. In 2000, Alicia and Kathy decided to cement their relationship and were joined in a commitment ceremony in Morristown, New Jersey.

Then came September 11, 2001, and Alicia and Kathy began to rethink their lives. As Alicia explains, “We started thinking, ‘you know, life is too short, we really should just turn everything upside down and do something we’ve always wanted to do and live in a place that’s been our vacation paradise.” That place was Provincetown, Massachusetts. The career change? “We bought a bed and breakfast, the Fairbanks Inn.” Alicia gave up her music career, Kathy left AIG, and together they ran the Fairbanks from 2005 until 2014. “We were not prepared for how much work was ahead of us. We did all the cooking, laundry, landscaping, office work. You name it, we did it. But in the end, it was all worth it. We made a lot of friends from all over the world and we will always treasure the memories. We have stories for a lifetime from our great P-town adventure.” An added bonus for their move, Alicia and Kathy were able to be legally married in Massachusetts in 2005.

But something was missing for Alicia in Provincetown: the music. And so she began visiting the Mews coffeehouse open mic night in Provincetown led by folk musician Peter Donnelly. It was a dramatic leap from her classical training to learn how to improvise. “In classical music, you play what’s on the page; there is no improvisation. It was very strange for me and I was very self-conscious about getting up and playing without the written music. The first time I successfully ‘improvised’ with Peter (Donnelly) I actually cheated: I composed and memorized my improv.”

Alicia soon began collaborating with other musicians in Provincetown. “I enjoyed accompanying them. I wasn’t stealing their light. I hoped to help them shine brighter.” She has continued to stay in touch and perform with folk musicians she met in Provincetown, including Brianne Chasanoff and Brenda Evans. Evans was the catalyst for the idea of playing as a “busker” (street musician) outside the Provincetown Library. “People would come off the beach, lay down on the lawn and I would put them to sleep. And I thought, ‘this is cool.’”

The idea of moving to the Rehoboth Beach area was inspired by a few visits over the years. After they sold the Fairbanks Inn in December 2013, and closed their business in early 2014, Alicia and Kathy began thinking about their next chapter. They decided that milder winters in a more year-round community by the sea was very appealing.

Alicia has continued her music at the beach, finding opportunities at Epworth Church thanks to Doug Yetter (“I’m just a nice Jewish girl playing viola at the Methodist church.”), as well as looking forward to singing with the CAMP Rehoboth Chorus and attending the occasional open mic where she can continue to develop her improv skills.

“Music has always been the inspiration for everything. I still feel like that six year old kid. I grew up with the Beatles, Beach Boys and Bach, and I have always loved sharing this with my students and the world.”

Alicia, thanks for sharing your gift of music with all of us at the beach.