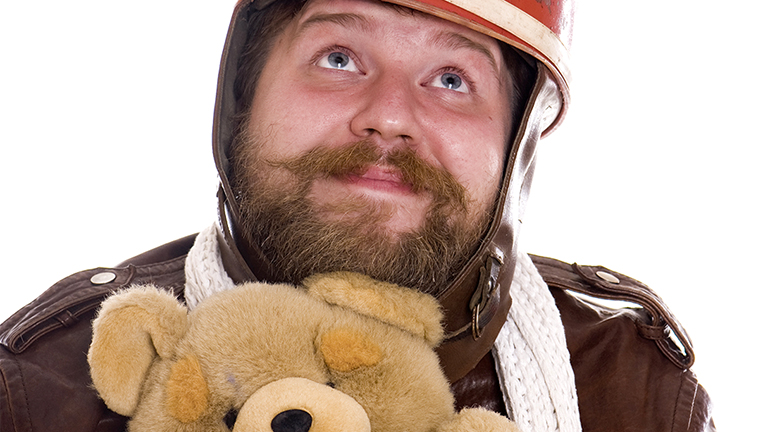 Do you remember your high school prom? I do, and it does not make for a pretty picture. The dance was held in the high school gymnasium, with crepe paper streamers trying in vain to hide the basketball hoops just above them. A local band is on a stage in the corner. They are doing their best to sound like the Commodores, Kool and the Gang and other popular musical groups, but they are hitting a sour note or two. As for me, I am slow-dancing with a girl from my Chemistry class, while looking longingly across the dance floor at one of the guys from our high school football team. The evening was almost unbearable.

The Rehoboth Beach Bears are going to transform those Prom Memories for more than 200 men who participate in this year’s Rehoboth Beach Bear Weekend, scheduled for September 21-24, 2017. Now in its third year, the Bear Weekend continues its tradition of hosting a dance party on the Friday evening of the event. This year’s dance is called a BEAR-able Prom. That’s right, a prom-themed dance party, complete with snacks, spiked punch, prom photos, and the crowning of a Prom King and Queen. Drag Queen fave Anna Rexia will be on hand and, knowing her, she’ll probably try to snatch the Queen’s tiara for herself! Philadelphia’s premiere DJ Carl Michaels will be spinning the tunes that night. “The dance is not a costume party or a formal event,” explains Bear Board member Kenny Mahan. “We might see someone in a tuxedo, but it is more likely that we will see men in t-shirts that LOOK like tuxedos. And instead of gowns, I expect kilts will be seen on the runway! We just want people to have fun with it.”

The BEAR-able Prom is just one event in a line-up of fun activities that starts on Thursday evening and ends on Sunday afternoon. Events include games, parties, workshops, a comedy show, an art exhibit, beach time (with lunch), and gatherings at some of our favorite watering holes such as the Aqua Grill, Cooter Brown’s Twisted Southern Kitchen & Bourbon Bar, and the Purple Parrot Bier Garten.

The festival is organized by the Rehoboth Beach Bears, a local nonprofit organization that nurtures a sense of community among Bears, a subset of the gay male culture typically made up of burly, hairy men (and men who like them.) The primary goal for the weekend is to provide a fun and friendly environment for gay men to socialize. With the growth of the weekend, however, an additional goal came into being: to raise money for worthwhile projects in the community. The Bears have named five beneficiaries for the proceeds of this year’s Bear Weekend. They are (in alphabetical order):

AIDS Walk Delaware: For the past two years, the Rehoboth Beach Bears had its own team at the AIDS Walk in Rehoboth Beach, raising thousands of dollars to support HIV prevention and care services throughout the state of Delaware. This year, the AIDS Walk takes place on September 23rd, right in the middle of the Bear Weekend. Since the Rehoboth Beach Bears will be busy with its own events that day, they decided to become a Ruby Level Sponsor of the Walk itself (look for the Bear logo on this year’s AIDS Walk t-shirts!). For more information about the Delaware AIDS Walk, check out AIDSWalkDelaware.org.

Bear Scholarship Fund at Cape Henlopen High School: This year the Bears established a scholarship program for students participating in the Gay Straight Alliance at a local high school. In June, $3,000 in scholarships were awarded to deserving students. Of course, the goals is to increase that number for 2018. The Bears are already working on that, having sold books and gift items at this year’s Delaware Pride Festival as a scholarship fundraiser.

CAMP Rehoboth: The Bears have always appreciated CAMP Rehoboth’s support of the Bear Weekend, but this year CAMP took it to a whole new level. Besides the excellent exhibit of bear-themed artwork organized by CAMP staff member Sal Seeley, CAMP is opening the doors of its Community Center as the venue for the Opening Party, as well as Saturday night’s performances of comedian Matteo Lane. Thanks, CAMP!

The Delaware Humane Association: It should be no surprise that the Rehoboth Beach Bears have a soft spot in their hearts for animals. “As a person with two rescue cats, I know how important this group is to the animals with no friends,” shares Jamie Middelton. The Delaware Humane Association is currently opening a storefront adoption center in the Midway Plaza on Coastal Highway between Rehoboth Beach and Lewes. Besides pet adoptions, additional services will be available, such as low-cost vaccination clinics, retail items, dog license sales, pet supply resale shop, and a pet food pantry for those in need.

The Rehoboth Beach Film Society: As they did in 2016, the Rehoboth Beach Bears will sponsor at least one gay-themed movie to be shown sometime this fall. The Film Society has its Cinema Art Theatre on Dartmouth Drive, outside of Lewes, Delaware. For more information, check out their website at rehobothfilm.com.

The bottom line is that the Rehoboth Beach Bear Weekend is a good time that raises money for good causes. Who could ask for anything more?

For more information about the Bear Weekend, go to RehobothBeachBears.com. Bear Passes for the weekend are still available for sale.