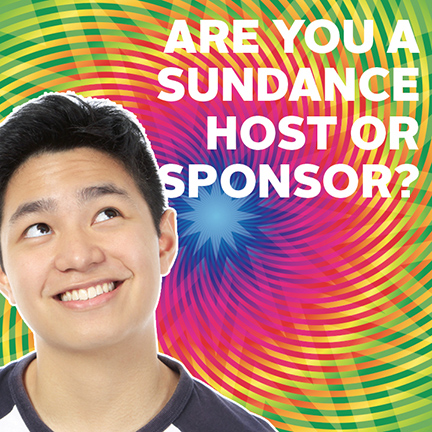 Sundance Call for Hosts and Sponsors

Sundance 2017 Team Captains and volunteers are busy preparing for the 30th Sundance this Labor Day weekend at the Rehoboth Mall. The huge event depends on Hosts, Supporters, and Sponsors to make it happen—and it’s not too late to sign up to help. All Sponsor and Host levels as well as ticket packages are available at camprehoboth.com or call the CAMP Rehoboth office at 302-227-5620 to sign-up or for more info.

Hosts of the Alex in Wonderland Twisted Pool Party Raise Over $11,300 for CAMP

The hosts and over 600 guests in attendance at the 13th Annual 6 Futcher Pool Party on July 2, raised over $11,300 to support the work of CAMP Rehoboth. With its fanciful 2017 theme, Alex in Wonderland—a Twisted Tea Party, the hosts inspired another outrageously fun event, and at the same time continued a tradition of generosity to CAMP Rehoboth and to the community in Rehoboth. “We are very grateful to all the hosts and the guests who contributed,” says CAMP Rehoboth ED Steve Elkins, “and to the CAMP Rehoboth Volunteers who pitched in to help during the event. The 2017 Pool Party was sponsored by CAMP Rehoboth Annual Premier Sponsor Smirnoff Vodka, who also supplied Vodka for the popular event. 2017 Pool Party Hosts included (from left): Dennis Konzelman, Pool Party DJ Mike Reimer, Patrick Bosak, Cristian Becker, Jeff Wilson, Mike DeFlavia, Lynden Armstrong, and Tony Sowers.

A sure sign that the July 4th weekend had arrived in Rehoboth Beach was the annual visitation by the Pie Ladies. As is their custom, the Pie Ladies, in a Jolly Trolley, visited various sites around town, bestowing pies and laughter along the way. This years Feuding Divas theme inspired Nancy Kerrigan, Tonya Harding, Joan Crawford, Bette Davis, Nicki Minaj, Krystal Carrington, Alexis Colby, and Mariah Carey. Pie anyone? 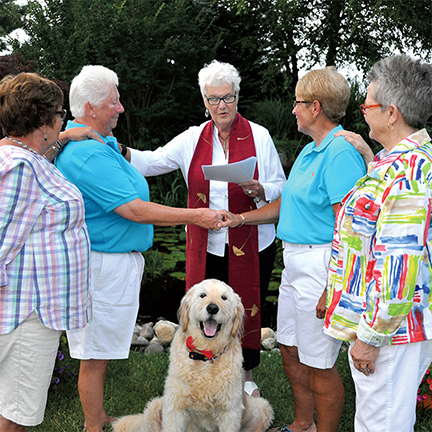 Ring Them Bells! A Rehoboth Wedding

Congratulations to Nancy Hewish and Vicki Martina, married in RB on June 21 by Roseanne Madden. They were joined by Joyce Blocker, Kate McQueen and Benjamin Doodle. Photo: Geri Dibiase. 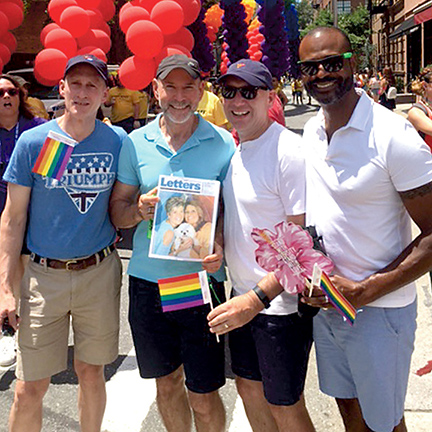 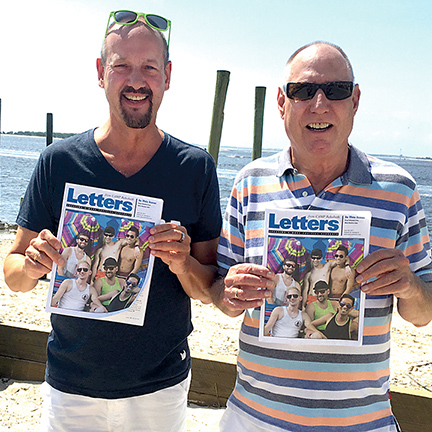 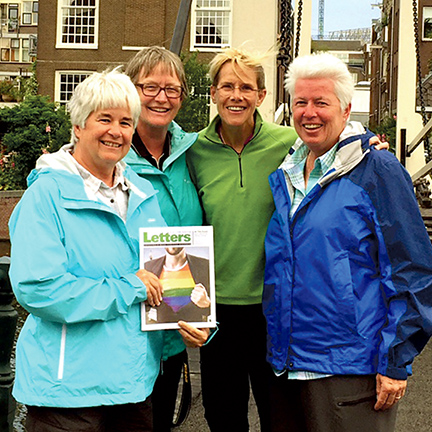 Letters from CAMP Rehoboth got to visit some East Coast destinations this month and then headed overseas. First off, a trip to NYC to celebrate gay pride with Mark Pipkin, Joe Filipek, Karl Zoric, and Larry Richardson. Then on to Southport, North Carolina, with David Hagelin and Andy Brangenberg. Finally, Marilyn Miller, Candy Zientek, Susan Tobin, and Cathy Martinson took it on a Rhine river cruise finishing up in Amsterdam.