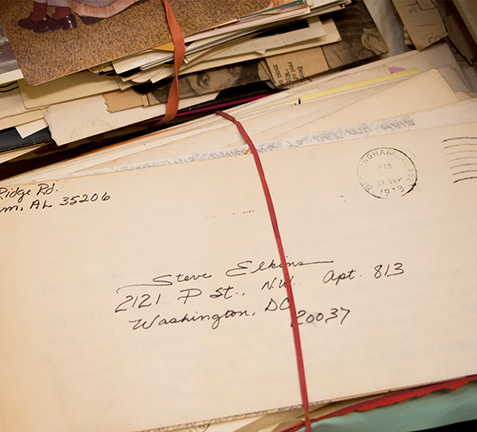 The Stories That Define Us

One day in late June, I dragged a box of memora-bilia down from the attic. The box had found a home there shortly after we moved to Rehoboth full time in 1990 and except for an occasional glance as I shifted it from place to place, had remained largely undisturbed ever since.

My goal was part of our ongoing and generally unsuccessful plan to declutter our lives—and especially the attic. This attempt, I confess, did not improve our success rate in that effort, but it did provide a couple of hours of entertainment. Steve and I were delighted to find our old love letters to each other, old family and school photos, as well as photos and clippings from my theater days, Steve’s years in the Carter White House, and our early years together.

Looking at keepsakes like the ones in our attic box opens doors into our memories: each photograph, each scrawled note, and each clipping paints a picture of a particular time and place in our lives—the good and the bad.

Memories are far more than just a one dimensional snapshot of places, events, or people in our lives. They contain emotions, judgments, interpretations, and the stories we have created from them to help us understand and then communicate them to others.
Those stories are a part of who we are.

I have two brothers and a sister. When the four of us get together, we love to tell and retell the stories of our lives. Some are the stuff of family legends; some are rediscovered memories, newly revealed though the lens of time and experience. Are they all true? Basically yes, but a closer examination exposes the individual viewpoint of each one of us, creating four unique versions of the same story.

In the bible, the gospels of Matthew, Mark, Luke, and John, do the same thing: retelling the story of Jesus from four different viewpoints.

History scholars throughout the ages have had to shift through varied accounts by witnesses in order to determine exactly what happened in any given situation.

In today’s world where mass communication is available to all, we are bombarded with stories from family, friends, news, film, social media, TV, radio, podcasts, emails, and texts—some are fact, some fiction, and some, who knows, we have to guess. The quest to find a method of storytelling that will stand out in the chaos is a universal goal shared by individuals, organizations, businesses, governments, and every form of entertainment and media.

In the midst of all this digital noise, one thing is perfectly clear: the simple human stories of our lives still have the power to reach us—to lift us into a quiet space out of the babble that surrounds us.

The challenge for CAMP Rehoboth and other non-profit organizations is to find a way to tell the simple story of who we are and what we do. That story is crucial to engaging our members, volunteers, donors, and the community we serve.

In the early years of CAMP Rehoboth, I sometimes chided my husband and co-founder of CAMP Rehoboth Steve Elkins, about telling the same stories over and over again about why we started CAMP Rehoboth in the first place. Later, it dawned on me that his constant retelling of our history had helped to cast our story in a way that could be remembered easily by all who heard it. His ability to condense something to a soundbite has endeared him to reporters and TV crews all over the state of Delaware.

On the night of July 4, Steve and I watched the last two episodes of 13 Reasons Why, the controversial Netflix drama about the suicide of a high school girl. The story of how she got to the point of taking her own life unfolds episode by episode in a set of cassette tapes recorded by her before her death. We know what’s going to happen in the beginning; the series shows us why. The complex nature of her story grows with each revelation about the other characters in the drama.

13 Reasons Why shows us of the devastating power that negative words, photos, and videos can have on us, especially for young people who have not had time to learn how to deal with them.

At the heart of the CAMP Rehoboth vision and mission is the goal of creating a positive message to counter the negativity preached and taught by the generations that came before us. That negative image of LGBTQ people has been drastically altered in recent years, but it has not been eradicated—and may actually be taking a backward step in the current political climate.

Our story still needs to be told today. It’s is not a made up one. It’s a true story—a simple story—that LGBTQ people are a vital part of humanity. It’s a story of justice, a story of equality, a story of respect. It’s a story of inclusion and acceptance and celebration of our differences—whatever they may be.

I started this story by rummaging around in a box of memories packed away in our attic. That box is important to me, it’s important to Steve, but to someone who doesn’t know us, and for the most part even those who do, it holds no meaning.

For a story to hold meaning for any of us, we have to understand it through our own experience and participation.

The story of CAMP Rehoboth is our story—not mine and Steve’s—but all of us working together to create a better community and world. That happens every time we share our true selves with one another. 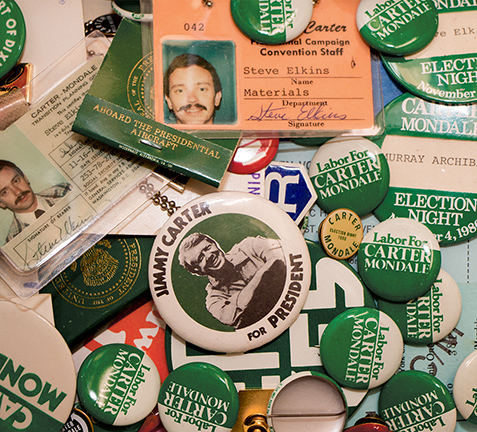