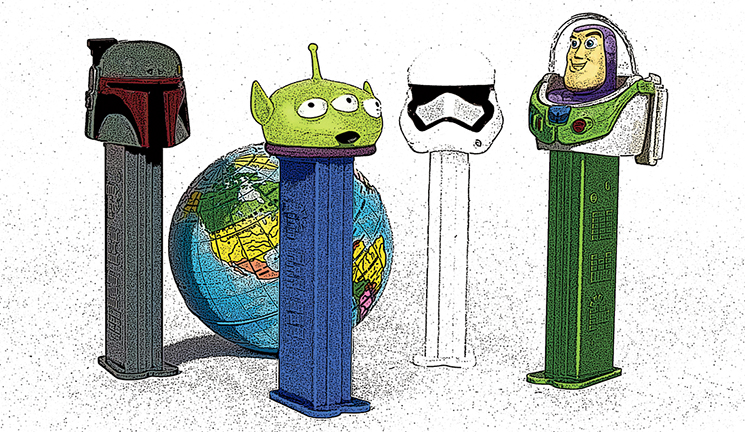 Congratulations if you know the word bifurcate! It literally means “to fork into two branches,” but often gets used as “splitting into two.” I’m going to encourage locals and tourists to bifurcate their summer brains. Locals frequently have the “We don’t go into town during the summer” mindset, whereas guests to the area maintain “We don’t do that on vacation” brains. Locals: Why would you live in this incredible beach resort and not want to enjoy the bounty of summer? Tourists: It’s really okay to engage in an activity not involving sand or vodka. I don’t want to think I’ve wasted my life encouraging people to be active in the arts… Don’t disappoint an old man—or yourself! All locations are Rehoboth Beach, unless otherwise noted.

CAMP Rehoboth Chorus (37 Baltimore Avenue; 302-227-5620) is accepting applications from singers who want to be a part of the largest choral group in our little state. The Chorus rehearses Monday evenings (6:30-8:30 p.m.) from late September through the concert in February. Don’t dawdle, they’re nearing capacity!

Clear Space Theatre Company (20 Baltimore Avenue; 302-227-2270) has their summer repertory season in full swing with A Chorus Line, Legally Blonde, and The Little Mermaid. Saturday nights you can catch the Delaware Comedy Theatre’s Late-R Night Show. A 6 p.m. show has been added for Well-Strung—the singing string quartet—Sunday, August 6, since the 9 p.m. show is sold out.

Coastal Concerts (in residence at Bethel UMC Hall; Fourth and Market Streets in Lewes; 888-212-6458) offers an “Early Bird” subscription discount for their 2017-2018 season—five concerts for the price of four.

Premier Centre for the Arts at Milton Theater (110 Union St in Milton; 302-684-3038) has something for everyone on their calendar! July 28: Stand-Up Comedy with Corey Alexander and Keith Purnell; July 29: Ted Vigil in a tribute to John Denver; July 30: The Waterman’s Daughter (presented by the Milton Historical Society); August 3: April Verch; August 4: Rhenda Fearrington; August 5: Defending the Caveman (5 and 8 p.m.); August 11: Kiss the Sky: The Jimi Hendrix Re-Experience; August 12: Beatlemania Now (3 and 8 p.m.); August 13: Singer/ Songwriter Evening and Sposato Wine Tasting.

The Galleries at 20 Baltimore (20 Baltimore Avenue; 302-258-4203) hosts a fantastic collection of artists: Amandeline Gallery features original paintings by local and nationally-recognized artists, Romanian and Czech glass art, and hand-made ceramics as well as unique home furnishings. Paintiques transforms vintage reclaimed furniture into unique treasured heirlooms. WibergArt and Studio 3 displays the work of marine artist, Jack Wiberg, as well as the work of many fine local artists. They’re part of the Clear Space complex. Enjoy the galleries pre-show or at intermission.

Painting With a Twist (17723 Coastal Highway; 302-313-5769) offers painting classes and “pARTies” for all occasions—days, evenings, weekdays, and weekends (age 7+). Visit their website for details.

Rehoboth Beach Museum (511 Rehoboth Avenue at the Canal, 302-227-7310) Their newest exhibit, Angry Waters, tells the story of a seaside village (Rehoboth Beach) and its volatile relationship with the ocean. Little hands are welcome, they are handicap accessible, and the gift shop has some great stuff. Admission is by donation, and well worth supporting. Their 12th Annual Beach Ball will be held on August 5 at the Kings Creek Country Club.