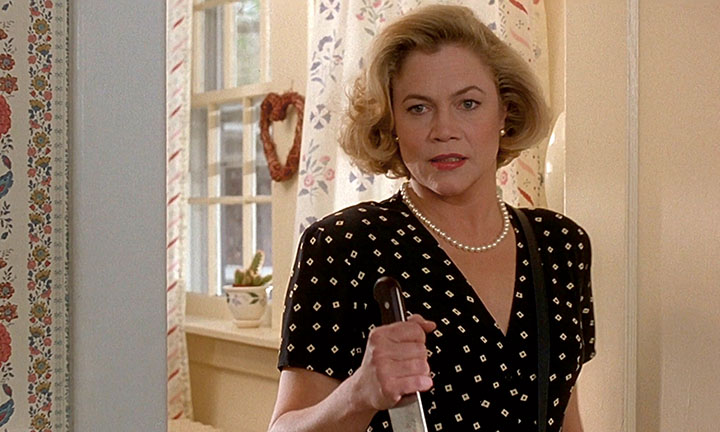 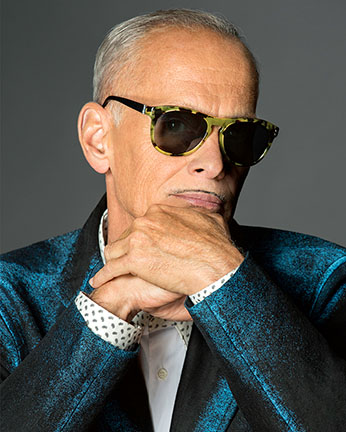 Has there ever been a better prank call than the one in Serial Mom?

In 1994, if you came looking for a raunchy, hard-R John Waters romp that challenged the mainstream paradigm while concurrently being mainstream (and while also taking the piss out of those who wear white after Labor Day), you came to the right place. Starring Turner, as well as Waters’ usual suspects (Stole and Ricki Lake), Serial Mom was the subversive auteur’s biggest budgeted, most Hollywood-oriented film. Even at his most mainstream, Waters left his deliciously screwy smirk all over the film’s obscene plot, which centered on a seemingly everyday mom with a filthy mouth and a fondness for killing the morally inept. Get in the way of her birdwatching? Scissor attack! Cheating on her daughter? Fireplace poker through the back!

But the legendary mischief of that prank-call scene wasn’t merely Waters’ bawdy imagination at work—it was shaped by actual calls he’d made years before, says the director during a conversation timed to the release of Shout! Factory’s new Serial Mom: Collector’s Edition, the film’s Blu-ray debut.

As shit-stirrers of the early ’70s, Waters and Mary Vivian Pearce, his friend and a star in many of his wild capers, including 1972’s Pink Flamingos and Serial Mom, grew up babysitting together. “We would call and torture people!” Waters says, in stitches. “We’d make prank calls, then the operator would call and cut the phone off. We used to call movie theaters all the time and say, ‘What’s playing?’ And they’d say, What’s the Matter with Helen? And we’d say, ‘I don’t know—she sick?!’ And for You Never Promised Me a Rose Garden, we’d say, ‘Yes, you did! You said I could have one last week!’ We would just torture people! So that’s where that came from. A little bit of truth.” 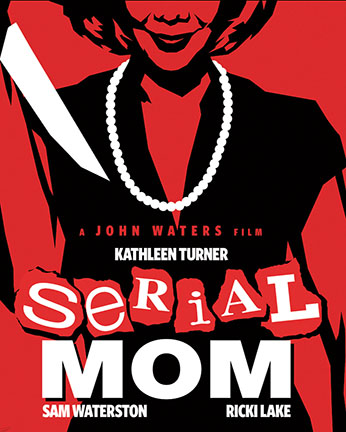 Fortunately, not all of Serial Mom was baked in truth—for instance, the killings, though some especially gullible watchers still believe Beverly Sutphin and her absurd murders actually happened (“They still say to me, ‘Where is she today?’”). Waters did, however, study the subject of homicide in gory, real-life depth, sitting in on famous trials and obsessing over true-crime stories that would help build the basis for the black comedy and its murderous-mom debauchery. Elements of his own upbringing had an influence here, as well. Take that brilliantly twisted Serial Mom sequence during which an elderly lady bops along to Annie and then gets bludgeoned to death by Beverly’s weapon of choice: a leg of lamb.

“That my mom always made a really good leg of lamb,” he says, was his direct muse, but subconsciously he was also channeling Roald Dahl’s short story Lamb to the Slaughter, adapted in 1953 for Alfred Hitchcock Presents. In the episode, a housewife kills her husband with a frozen lamb leg.

“I watched that show all the time, and I remember that show later when people tell me,” he says, “but I didn’t consciously remember that when I was writing it. I wrote it because my mom always made a great leg of lamb. It had the right kind of bone.”

So right, in fact, that, “I still have the rubber prop leg of lamb that she killed with sitting on my desk in Baltimore.”

When the filmmaker leads live commentaries of the film around the country, he says new generations of Waters enthusiasts are just as tickled by the lamb and prank-call scenes as they were upon the film’s initial premiere, nearly two decades ago. “I’m really proud that all my movies still seem to play fine with audiences, even young audiences that weren’t even born when I made these movies!” he says. “That’s the ultimate test to me. People still laugh and they don’t feel like it’s old hat or ‘I’ve seen this before,’ so I’m always encouraged when I have a young audience. That’s the only thing you can’t buy, the one thing you can’t fake.”

Though it was distributed in wide release, Serial Mom grossed a disappointing $7.82 million domestically, “but still, I was used to that,” says the director about its box-office performance. Its earnings, though modest, don’t seem to reflect the fanbase the film has amassed in the years following its lackluster big-screen rollout, as fans have pressed Waters to deliver more mommy murders. Though he’s written a book sequel to his Divine-starring Pink Flamingos, in addition to three developed but untouched sequels to Hairspray, it would be “kind of ballsy to be talking about a sequel to a movie that didn’t do well. I like that idea, but it’s hard to get meetings,” Waters explains.

He has the pitch in his back pocket: It’s a TV show, and Beverly would kill for politically correct purposes on a monthly basis. Imagine Beverly alive and kickin’ and killin’ in Trump’s America. “There are so many reasons that she would have to kill,” he says, based on the current sociopolitical climate.

“I still talk about it in interviews. Who knows—maybe this will make it happen. You never know. Did I ever think Multiple Maniacs would come out and get the best reviews? No! Did I ever think I would give a commencement speech that’s now a book that just came out called Make Trouble? No!

If you were a curious-about-everything gay boy coming into his own in the ’90s, odds are Serial Mom hit the pre-pubescent spot. I tell Waters the film was my introduction to his filmography. “I’m glad that you saw Serial Mom first and it sucked you in!” he says, laughing mischievously.

Though Waters’ early career followers were almost exclusively the queerest of queers—you’d have to be broad-minded to watch Divine partake in buttplay with a rosary, a scene from Multiple Maniacs—films such as Hairspray and Crybaby, and then Serial Mom, courted a new wave of shameless rebels. Waters’ mom thought Serial Mom was his best movie, and Waters agrees. Even Boy George got such a kick out of the comedy that he recited “cocksucker residence” on his own voicemail, which “really did make me laugh,” says Waters, upon discovering the message after calling the pop icon. “All movies, to be a success, have to appeal to a wider audience than just a gay audience,” Waters says. “I’m not a separatist. I believe everybody should hang around together. My audiences—I always want the people who have a good sense of humor. I don’t care what they do with their vaginas or their noses or their assholes or their mouths. I don’t care as long as they can do one thing with their mouth—laugh!”

Chris Azzopardi is the editor of Q Syndicate, the international LGBT wire service, Chris Azzopardi has interviewed a multitude of superstars, including Meryl Streep, Mariah Carey and Beyoncé. Reach him via his website or on Twitter (@chrisazzopardi).