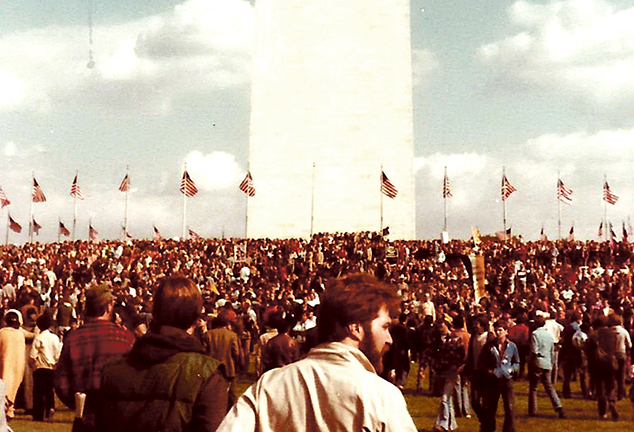 It’s Been a Long Time in the Trenches…

As CAMP Rehoboth gets ready to participate in Pride events for 2017, it’s worth a look back to why and how we’ve arrived at this point.

Whether we choose to celebrate our pride this year (always a good thing!) or also march on Washington to express, in the strongest of demonstrations, continued support for LGBT equality, June is always a big month for us.

I guess when we go back and look at how our June pride marches and celebrations got started, it’s wise to recall that they actually began with a riot—one fueled entirely by the official birth of gay pride.

Yes, there were plenty of brave pioneers picketing and holding demonstrations before June 28, 1969. Nearby Philadelphia and Washington, DC saw skirt-wearing lesbians, like Philly’s Barbara Gittings and coat and tie clad gay men, like DC’s Frank Kameny, holding placards reading “Homosexuals should be judged as individuals” and “Support homosexual rights.”

But it wasn’t until police raided the Stonewall Inn on Christopher Street in New York City’s Greenwich Village on June 28,1969 that there was the spontaneous combustion of gay pride and anger that started the revolution.

The stories of the Stonewall events are legendary and stuff of films and books. It’s been debunked that the riot started because it was the day of Judy Garland’s funeral. Although when the police raided the bar that night, I’m pretty sure lots of the patrons, long-time Judy fans, were in no mood for the usual police harassment. And that harassment was usual, frequent, mean, and devastating.

The Stonewall Riot (or riots, as the whole neighborhood exploded for six days and nights) was the first time patrons of that or any gay bar really fought back against police actions targeting homosexuals. While the phrase would not be invented until decades later, the Stonewall patrons—drag queens, butch lesbians, transgender people, and others, did indeed “Act up! Fight back!”

Following that 1969 show of power and pride, several new gay and lesbian political organizations formed along with a couple of new publications to bring news and a fledgling cohesiveness to the community.

By June 28, 1970, there was a peaceful march through Greenwich Village in New York and companion “pride” marches in San Francisco, in Chicago, and Los Angeles, commemorating the Stonewall rebellion. It was still nine years before the first national gay rights march, eight years before the first rainbow flag was designed, and three years before homosexuality was no longer diagnosed as a mental illness.

It wasn’t until 1979 that a national gay rights group evolved enough to host the National March on Washington for Gay and Lesbian Rights. October 14 saw between 75,000 and 125,000 gay, lesbian, bisexual and transgender people and their allies gather between the Capitol and the Washington Monument to advocate for civil rights protections for the community. With blaring disco music, cavorting drag queens, people of all ages raising signs proclaiming “We are Everywhere!” the march drew much publicity, many dropped jaws and not a little wrath from conservative politicians.

While voices of liberation like poet Audre Lorde and Rev. Troy Perry spoke at the march it’s worth noting that not a single LGBT celebrity from television, film, or music stepped from the closet to speak. That march also began the long history of claims of under-reporting march attendees by the National Park Service.

The next big national demonstration, the Second National March on Washington for Gay and Lesbian Rights was held Oct. 11, 1987, in the throes of the AIDS epidemic. In addition to requisite drag queens and disco music, there were acts of civil disobedience in front of the Supreme Court, and speeches by Gay ally and celebrity Whoopie Goldberg and politician Jesse Jackson.

The day was hauntingly overcast but not wet, for the first appearance of the tragically expanding AIDS quilt, laid out on the mall as a memorial and a political statement.

According to the D.C. police, the event drew about three-quarters of a million people; much less, said the Park Service. The group which inspired that “Act up! Fight back!” slogan, New York’s ACT Up to fight AIDS organization was so impressive at the march, it later spawned local chapters all over the country.

“Hey, hey, ho, ho, homophobia’s got to go!” You could hear the chanting all up and down the mall and past the White House along Pennsylvania Avenue. And the date of the march itself was enshrined in the birth of National Coming Out Day which is now celebrated each October 11. 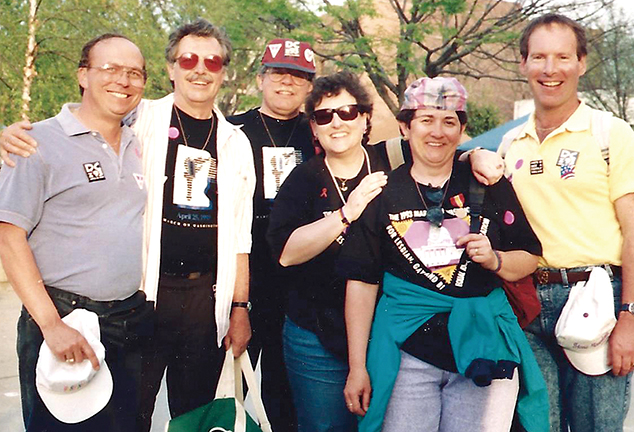 The March on Washington for Lesbian, Gay and Bi Equal Rights and Liberation was held on April 25, 1993. The New York Times proclaimed it “both defiant and festive,” as throngs of rainbow flag waving, placard-carrying advocates swarmed the national mall.

Both the march organizers and the D.C. police pegged attendance at between 800,000 and more than a million gay and lesbian Americans and their supporters. Our friends at the Park Service announced 300,000, and it’s said that the ensuing negative outcry led to the National Park Service getting out of the estimation game altogether.

There was a seven-point platform for the march, calling for LGBT anti-discrimination civil rights laws, increased AIDS education funding, lifting the military ban, and even attention to a new cause: same-sex marriage rights.

Yes, there were drag queens dancing, disco tunes and celebrities—more than ever before, including RuPaul, Melissa Etheridge, Martina Navratilova and Ian McKellan. But there were also joyous groups waving rainbow flags for gay farmers, gay moms and dads, PFLAG parents, flight attendant organizations, gay police officers and so much more. The initials LGBT were beginning to be used to cover the entire community.

Boos and cries of “Shame!” rose that year as well, with protesters criticizing President Clinton for broken promises and politicians for continuing to fight increased AIDS funding. There was a delicate balance between anger and pride.

It was a huge cry for attention for anti-discrimination laws, an end to the hypocrisy of Don’t Ask, Don’t Tell, and for all manner of equality for the LGBTcommunity.

The Millennium March on Washington took place on April 30, 2000, amid an entire weekend of concerts, pride festivals and political events. LGBT visibility was the key demand, with a raucous crowd determined to have a grand time and capture the mood of the tide turning positive for LGBT rights.

This fourth national march was also one where cracks in the alliance opened up, as pre-march publicity decried a lack of diversity, too much corporate support, not enough grass roots organizing, and in fact, the march ended up with no clear message, less attendance than in 1993 and the organizers in debt.

Bad as that sounds, thousands and thousands of marchers and festival-goers had a blast with friends and families; everybody danced to those venerable disco tunes and there was a huge Equality Rocks concert at RFK Stadium with OUT entertainers like George Michael, k.d. lang and Melissa Etheridge.

Marchers with a sense of humor included Dads with Strollers, veteran Dykes on Bikes, and lots of gay choruses. It was time to party hardy and then take the energy home to work on anti-discrimination and marriage equality issues all over the country.

Oh what a honeymoon period we had, in every sense of the phrase. With gay weddings, Delaware transgender rights laws, more gay weddings, unity, freedom and a sense of accomplishment. Celebrities came out, film and television celebrated us, gays and lesbians broke into politics in record numbers and euphoria reigned.

So here we are again. We’ve still got our t-shirts, our banners, our resolve.

Sunday June 11 is the next official LGBT March on Washington. Called The Equality March for Unity and Pride and it will take place on the National Mall between 10 a.m. and 2 p.m. CAMP Rehoboth has a bus; people are making signs; we will converge once again to voice our pride, our outrage, our unity, and our uniquely gay sensibility. There WILL be drag queens. We WILL be undercounted. Our voices WILL be heard.

You should be there. It’s always fun. But so very, very important and affirming as well. 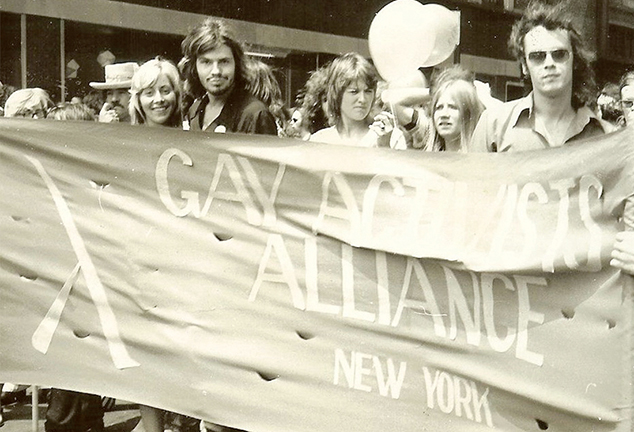 Photos: Howard Menaker and the crowd on the Mall at the 1979 National March; Larry Hooker, Don Gardiner, Lee Mills, Fay Jacobs, Bonnie Quesenberry, and Robert Gold at the 1993 March on Washington; Dottie Cirelli at a March in the 1970s.