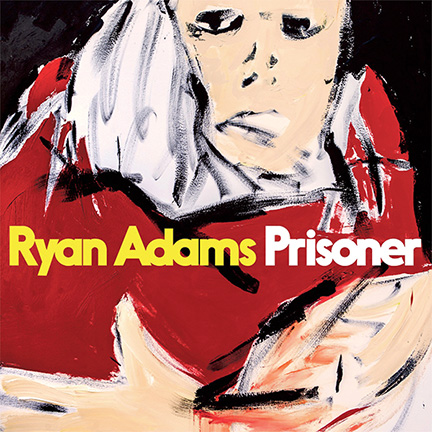 Ryan Adams, Prisoner
Ryan Adams, known in part for making Taylor Swift cooler to pop-resistant granola girls (he recorded, in full, a beautiful version of her Grammy-winning 1989 behemoth), is back to his old tricks on Prisoner. As usual, the beloved feelings guy dives deep into his torn psyche for rockers doused in punchy guitars rhythms from his favorite decade, the ‘80s, and the heartbreak brought on by his divorce to former pop star-turned-adored TV actress Mandy Moore. The guitars on “Do You Still Love Me?” scorch like heaven on fire as they tear through the track with impassioned verve, making for one helluva start to your late-night drive playlist. Those guitars simmer on “Breakdown,” and beam on “Anything I Say to You Now.” If you asked Adams what his favorite adult toy is, he’d say the guitar. Prisoner, then, is his playground. For that reason, Adams delivers a melodically on-point work more rousing than anything he’s recorded in years—yes, my dear Swifties, even more so than his surprising take on the pop singer’s blockbuster album. One of Adams’ originals, the forlorn “Shiver and Shake,” is a sonic extension of the lo-fi vibe heard on his 1989 reimagining; in fact, it sounds almost identical to his living-room rendition of “Shake It Off.” Too much of a good thing is just fine, though, especially since Adams gives these ditties new life, even those that fall right within his emo-rock wheelhouse where the only confrontation he’s having—nevermind that Mandy person, he seems to say—is the one involving his own shattered self.
Grade: B+ 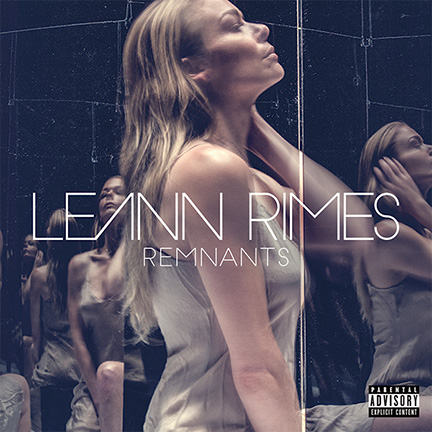 LeAnn Rimes, Remnants
I once saw LeAnn Rimes at a casino even though LeAnn Rimes is too young to be playing casinos. That’s where artists go when a) the performer is blasé about the energy of the “we’re just here to use our comp ticket” crowd, or b) the performer is an AARP member. Rimes is 34 years old, just a year older than Carrie Underwood, who sells out arenas. If there was any justice in the world, Rimes would receive as much acknowledgement for Remnants, her 13th studio album, as she does in the tabloids. Still, niche success has been good to Rimes, who, once again, goes her own way because she can— no fickle masses, no big label heads. The opener misses the mark—she delivers a too-slick cover of out singer-songwriter Brandi Carlile’s guttural “The Story”—but otherwise, Remnants is an accomplished set that fortunately finds Rimes answering to no one except her own artistic instincts. Highlights include grungy jazz-inflected banger “Dang Dang” and smoky torch number “Dangerous Love,” a fired-up ballad about outsider relationships soon to be heard at all your queer weddings. More transparently gay is the buoyant pop song “Love Is Love Is Love,” the Ally for Equality honoree’s anti-hate anthem, which also serves as a call to “start a revolution.” You know, maybe we can’t fight the moonlight, but that’s only because Rimes, armed with an album’s worth of strong-willed mantras and an ode to equality, is too busy fighting more important fights.
Grade: B

Reba McEntire, Sing It Now: Songs of Faith & Hope
Reba McEntire, country music’s biggest gay icon this side of Queen Dolly, must know you’re trying your damndest to keep it together as this fragile world falls to pieces in the grabbing hands of a reality-show star currently serving as the President of the United States: She’s just offered your dying soul 20 God-centric songs meant to restore your faith in…everything. Sing It Now: Songs of Faith & Hope is touted as a mix of “uplifting covers and originals,” with her take on the churchy “Oh Happy Day” that, given the current political hell we’re experiencing, might be her most ironic work, and the sweet-if-silly “God and My Girlfriends,” which, depending on her definition of “girlfriend,” could be the cheesy gay anthem 2017-2021 needs.

Vanessa Carlton, Liberman Live
If you’re too busy protesting to catch Vanessa Carlton at a venue near you—she’s touring in support of her remarkable Liberman album, released in 2015—then, resisters, you’re in luck. Liberman Live might just be what your restless mind is craving after a long day of Trumpisms, “fake news” and protest marching. Famous for providing the drunken sing-along for you and your trashed friends, “A Thousand Miles,” Carlton has made quite a name for herself in the underground world where pop stars go when they’re done being pop stars. If only the noteworthy dreamscapes on Liberman Live had the same spectacular reach.