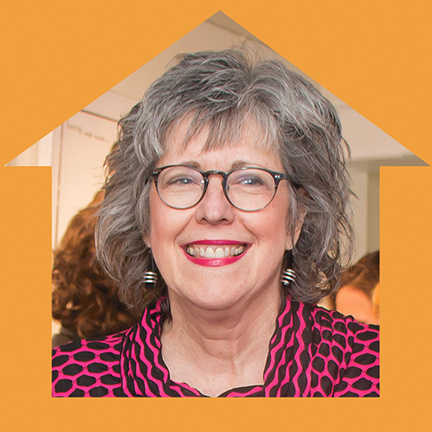 Beth grew up on a farm in Missouri. When she was in high school, her family moved to Illinois. After high school, she returned to Missouri for college, graduating from Drury University with a degree in Business Administration.

After college, Beth worked for the Office of the Comptroller of the Currency as a bank regulator. She started in Dallas, transferred to New York City, and after 19 years ended her career in Washington, DC as Deputy to the Chief of Staff. She then started on a new path. For the past 15 years, Beth has been the Chief Risk Officer of Promontory Interfinancial Network, a financial serves company she helped start.

At the age of 35, while living in New York City, Beth realized she was gay when she was surprised to find herself attracted to a woman. Here is what Beth told me: “I started looking back, and discovered I had done a fine job of repressing my feelings in an environment where people thought being gay was a sin. As you can imagine, even back in 1993, coming out in New York City was a walk in the park. Nobody at work cared, and my Episcopal Church priests and members celebrated that God gave me the gift of love for another person who just happened to be a woman.” In her time in New York City, Beth developed a deep love of the arts, particularly theatre, and museums. She loved to walk, spending many weekends trekking 20 plus miles exploring all the city had to offer.

In addition to Beth’s love of theatre, museums, hiking, and travel, she also loves gourmet and ethnic food, animals, and reading—both fiction and nonfiction.

Beth and her partner of 10 years divide  their time between Arlington, Virginia, Baltimore, Maryland, and Milton, Delaware. Beth started visiting Rehoboth when she moved to Virginia in 1997, and instantly fell in love with the town. She loved the town so much she bought a house in 2000, and began spending many weekends here. That’s when she joined St. George’s Episcopal Church, and got involved in CAMP Rehoboth.

I began volunteering at CAMP Rehoboth in 2000.

I have been helping with Women’s FEST for at least 10 years. In the past, I have also helped with used book sales, and the holiday weekend fundraising events (Sundance, Love, Black & White Beach Ball).

It would have to be volunteering for Women’s FEST weekend. I love Women’s FEST! It is so heartwarming to see so many of the same smiling faces come back year after year from all over (Delaware, Pennsylvania, Virginia, New York, and Maryland).

I would spend it reading more books. I have loved reading since I was a child, and I still continue to do so most nights before going to bed.

New York City because of its diversity, the fact the city never sleeps, and there is always an adventure to be had—especially fabulous theatre.

I’m definitely a night owl. I used to be an early riser, but my partner converted me.

I would have to say 1994. That year I participated in a three week volunteer mission to South Africa. It was just after Black South Africans were able to vote for the first time after apartheid was lifted. The trip, while tiring, was also the most soul-inspiring, eye-opening experience I have ever had.

My favorite is Christmas. I get to travel to Cornwall, England as my partner’s family still lives there. We hike the Cliffside paths, eat freshly caught fish, and enjoy time spent with family celebrating this important holiday.

I didn’t expect to see as much progress as we have, as I grew up in the Midwest. When I return home for high school reunions and university trustee meetings, I have found that almost all of my high school friends and fellow university trustees still strongly oppose gay marriage and equality protections. They still believe it is a choice, and a sin.

I think the biggest change is the population growth and the road infrastructure not keeping up with this growth.

First, finding St. George’s Episcopal Church in New York City. It led me to get involved with its homeless ministry. I stayed overnight with our homeless guests at least twice a month, so I received a first-hand knowledge of their challenges. Second, participating in the South African mission trip which I mentioned above. Third, volunteering at the 50th Anniversary of the March on Washington. I drove a “stretch” golf cart, transporting people who needed help getting from the entrance gate to the seating area. I talked to a number of people who were there for the first March, including Charlayne Hunter-Gault (first African-American woman to enroll at the University of Georgia, and award-winning journalist and correspondent), and Rabbi Israel Dresner (the most arrested Rabbi in America, a Freedom Rider, and friends with Martin Luther King). I saw the importance of continuing to fight the good fight for social justice. As the Hamilton song goes, “Rise Up!”

What is your favorite part of Women’s FEST Weekend?

Seeing all of the smiling women arrive from many different cities and towns, and feeling the love!

I am thankful for my health (I am a two-time breast cancer survivor), my friends and family, and my church—The Episcopal Parish of All Saints’ Church/St. George’s Chapel. 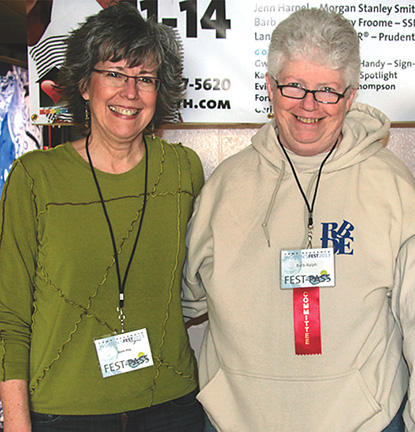