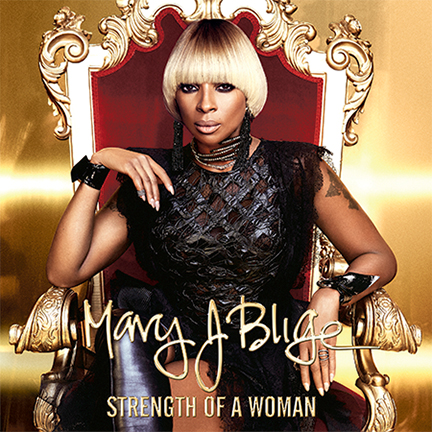 Mary J. Blige, Strength of a Woman
Fear not, weary gays, the rock that is Mary J. Blige is here to save the day with new muses—see: drama—for her latest serving of soul-nurturing fortitude. On Strength of a Woman, the Hip-Hop Queen and Giver of Hope in Dark Times excavates her own personal hell—she’s in the midst of a messy divorce from Kendu Isaacs—to bless us with her cut-through-the-BS brilliance that cultivates lines such as, “there’s a special place in hell for you.” But don’t go thinking it’s all hellfire and hateration: Blige, now 46 (a classy, self-proclaimed fierce woman, not the 20-something cynic who first spilled her guts in the ’90s), takes Michelle Obama’s maxim to heart, going high when she has every right to go low. And so, you have self-nourishment creeds, like “Love Yourself,” which thematically and sonically sounds cut from the No More Drama sessions; you have “Indestructible,” where Mary J. is the wake-up call to a man-tortured friend who needs to be woke; and then there’s “Survivor,” because of course there is. On the latter, MJB affirms that she’s gonna “rise up.” And you know she will. It’s Blige’s conviction that elevates Strength of a Woman to above-average heights, even when the actual songs are far more lifeless than the spirit she showers on them. Grade: B- 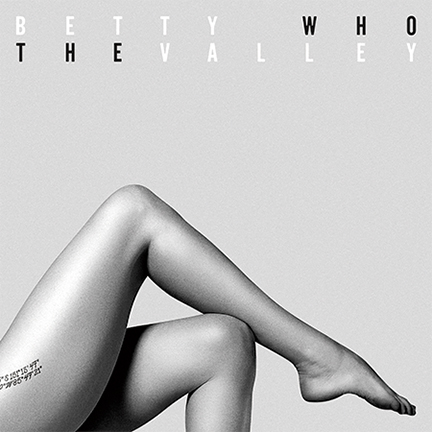 Betty Who, The Valley
For all the sweet buoyancy Betty Who brought to “Somebody Loves You,” which was so happy it inspired a gay man to propose flash mob-style to his boyfriend, the opening title ballad—yes, ballad—stops you in your tracks. Betty Who… doing Boyz II Men? Not exactly, but there’s nostalgia pouring out of the too-short prelude’s snowballing harmonies, which are reminiscent of the ’90s balladeers. But then it’s on to the parade via “Some Kinda Wonderful,” a bouncy “Hollaback Girl”-type, Mika-esque chant that basically deserves its own float. It’s right within Betty Who’s bubblegum-smackin’ wheelhouse, existing somewhere between Carly Rae Jepsen and Katy Perry. Like Jepsen, even the sad and melancholy ditties on The Valley are produced like they’re one big, warm hug. Her Moscato-fueled mission to rescue a friend’s broken heart, “You Can Cry Tomorrow,” beams with enough shine to shake anyone’s doldrums, while her waxings about the one who got away on the deceptively-cheery “Pretend You’re Missing Me” are both pointed and painfully real. This is a strong sophomore effort without it, but consider this the icing on Betty’s heavily frosted cake: a dreamy take on Donna Lewis’ 1996 adult-contemporary hit “I Love You Always Forever.” After all, Betty Who thankfully lives for everything good about yesterday. Grade: B

Leela James, Did It For Love
I love Adele as much as the next diva-worshipping gay, but let’s stop pretending she’s the only contemporary singer who can actually sing. One of the best vocalists you’re probably not hearing, Leela James has been recording since 2005, when her debut, A Change Is Gonna Come, drew her rightful comparisons to Aretha Franklin and Toni Braxton. Did It For Love is a rich throwback to said soul sisters.