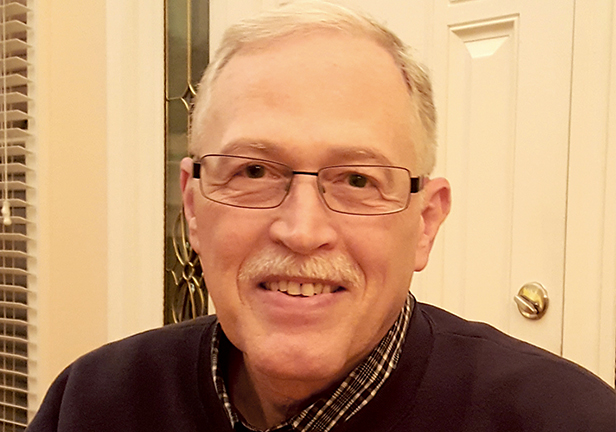 It’s a “long country drive” from a Kentucky farm to the United States political capital of Washington, D.C. and then to Rehoboth Beach—here’s how Joe Conn made the journey.

Raised on his family tobacco farm in Monticello, Kentucky, Joe and his siblings lived the “Walton’s life.”

“We pitched in with the daily chores to help mom and dad,” said Joe. “There are only so many months to get crops harvested, sold, and most importantly, to get that Christmas money.” Although the prime crop was tobacco, Joe’s family had livestock and other crops to tend.

While farm life was idyllic, Joe’s real interest was reading. His goal was to study journalism. After high school graduation, Joe attended the University of Kentucky, graduating Phi Beta Kappa in 1975 with a B.A. in Political Science and Journalism. He returned to Monticello, taking a job as news editor for the weekly paper, the Wayne County Outlook. “I did everything, writing, editing, writing headlines, and I learned so much,” said Joe.

In 1980, Joe traveled back to Lexington to attend a play. His college newspaper advisor was there, telling him about a job opportunity in Washington, D.C., with Americans United for Separation of Church and State. They were seeking an assistant editor for their monthly publication Church & State Magazine.

“It was an ideal situation for a journalism and political science junkie like me, being right in the nation’s capital, the epicenter of the political universe.” For the unaware, the “AU” as it is commonly called, is a nonpartisan educational and advocacy organization dedicated to advancing the constitutional principle of church-state separation as the only way to ensure freedom of religion for all Americans.

One year later, 1981, was a landmark year for Joe. He became the magazine’s editor and also met his future spouse Rick Mowery, a biostatistician with the National Institutes of Health. Joe and Rick connected almost instantly, spent many years in Silver Spring, Maryland, and are celebrating thirty-six years together, including their 2013 marriage in Delaware.

During Joe’s thirty-three years at AU he’s seen things almost come full-circle. “When I started,” he said, “Jerry Falwell and The Moral Majority were bursting onto the scene as a threat. He and his allies planned to create a fundamentalist political machine to endorse candidates who supported religious instruction in public schools, reducing women’s and LGBT rights, and more. It was and still is illegal for religious institutions to publicly endorse or campaign for political candidates.”

“In 1997 Pat Robertson and the Christian Coalition held a convention,” Joe recalls. “Anybody could attend, so I figured I’d go as a good way to do opposition research. The Coalition had not said anything publicly about their intention to establish a political machine, which would have been illegal. I went to the convention, and dropped by a state leaders’ breakfast meeting. I had my tape recorder running, and recorded Pat Robertson stating the Coalition’s goal to emulate the great political machines of history like Tammany Hall—an amazing reference since that was one of the most notorious examples of what not to aspire to. This was the exact opposite of what they had been saying publicly; we had it on tape and reported them to the IRS. The IRS refused them the tax exemption they sought, based on the evidence we provided.”

An encounter in 2007 involved a preacher who publicly endorsed a candidate on church letterhead—a tax law violation. “When AU reported the church to the IRS,” Joe says, “the pastor called on the congregation for ‘imprecatory prayers’ against me. Imprecatory prayers are curses asking God to strike down foes. Basically, the pastor asked God to be his personal ‘hit man’ against me.”

Joe and Rick first came to Rehoboth Beach for a weekend in 1982. The came every summer thereafter, buying their first house, a seasonal rental, in 1996. In 2013 after Joe’s retirement from AU, they moved here full-time, having already acquired their permanent residence.

What inspires you? “I’ve always loved reading about America’s commitment to the Bill of Rights, since I’ve spent my life fighting for individual freedoms for everyone. Whatever you believe about religion should be your choice, not the government’s. That’s why we have separation of church and state.”

Asked about his legacy, Joe jokes that his tombstone should read “here lies the man who saved Tinky Winky from mean Mr. Falwell,” a reference to Jerry Falwell’s newsletter accusing Tinky Winky, the TV’s purple Teletubbie with the red pocketbook, of brainwashing children into becoming gay. The charge showed how extreme the Fallwell operation was, so Joe called an Associated Press reporter, who ran the story. It went viral and the rest is history. Political cartoonists had a field day.

Joe reminds readers that separation of church and state issues are still going on, especially in today’s highly charged political climate. “The fight goes on,” he says, “and people need to be very much aware of it.”