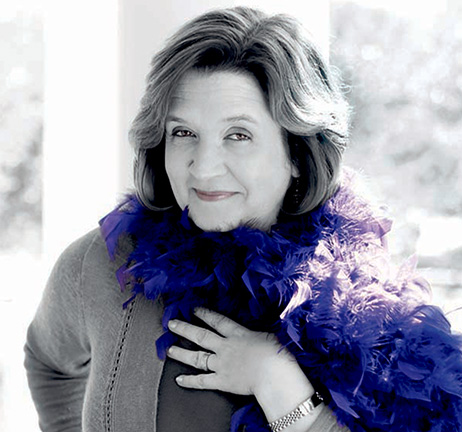 A Lesbian Belle Tells It to Letters from CAMP

Elizabeth McCain is one half of the November 4 and 5 double bill at the CAMP Rehoboth Community Center. Sharon Bousquet will open the show with a song set, followed by Elizabeth McCain performing her one-woman show, A Lesbian Belle Tells. Letters Features Editor Fay Jacobs asked Elizabeth some questions to find out more about the show.

What was your inspiration for putting together A Lesbian Belle Tells?

The inspiration for writing and performing started with my grandparents’ love letters from 1917, which my cousin found in 2005 under my Aunt Liber’s bed in Mississippi. I thought I was going to write a show or a book about my grandparents’ lives and started traveling to my mother’s hometown in Indianola, MS to do research and interview people. Coming home after many years away because of family estrangement, was quite a healing pilgrimage. I started remembering heartwarming stories about growing up in the South, as well as revisiting my coming out stories, my struggles with my conservative family. I began performing my stories in the DC area with a storytelling organization called Story District, and I took a class on solo performance. I fell in love with my own stories. Approaching 50, I wanted to reflect on the highs and lows in my life.

How did you come up with the title?

I wanted to own my traditional Southern belle background with my “out there” lipstick lesbian storytelling self. And I love the fun rhyme!

What’s in store for the audience on November 4 and 5?

I take the audience on an emotional journey telling my true stories—cocktail sippin, storytelling aunties telling stories on the porch, my rejecting Southern traditions, coming out in the ‘90s lesbian culture in DC, experiencing family estrangement, and finding true love and healing.

What’s been your most moving experience with the show?

Two come to mind. An older woman came up to me after my show with tears streaming down her cheeks. She said, “Thank you. I’m at least 25 years older than you, and I’m not Southern, but you told my story! I feel validated and hopeful now.” And then a Southern straight, retired, Navy officer saw my show with his wife. He introduced himself to me by saying, “Can we be in your family of choice?” My spouse, Marie, and I are now good friends with him and his wife.

What’s been the most fun?

I have a fun Olivia cruise story about reconnecting with my Phys Ed teacher in Mississippi from 1979!

How long did it take you to put the script together and rehearse?

I wrote and developed my show over a couple of years to allow time for solo show storytelling classes, working with a director and story coaches, and traveling to my home states of Mississippi and Tennessee.

Have you had different responses from different audiences for the show?

The most emotional response I received was from an audience in Asheville, NC, from middle-aged Southern lesbians who felt very moved and validated. When I performed my show in the Capital Fringe Festival in DC several years ago, I had diverse audiences—lesbians, queer women, gay men, and straight women of all ages. LGBTQ folks from various cultures connect with my stories.

Where do you go after Rehoboth?

First, I’m leading a workshop on November 6 at MCC in Rehoboth on “The Power of LGBTQ Stories.” People can learn how to tell a compelling story, and how to start and maintain story circles to deepen friendships and community connections.

Then, I’m taking some time off this winter to write a book about my stories. In the spring, I will be performing in a Baltimore house concert with a lesbian folk singer, Spice, as well as a solo show festival in May with Story District in DC. I hope to perform A Lesbian Belle Tells at women’s music festivals and at an Olivia resort or on an Olivia cruise!

What have you learned by telling your stories?

I’ve learned that being vulnerable with audiences and telling painful stories is just as powerful, if not more powerful, as making people laugh with my humorous stories. There is a universal appeal that storytelling has for most people. People feel connected to one another when they hear and share personal stories of struggle and triumph. As writer, Dorothy Allison says, “Two or three things I know for sure. One is that to go on living, I have to tell stories. Stories are the one sure way I know to touch the heart and change the world.”