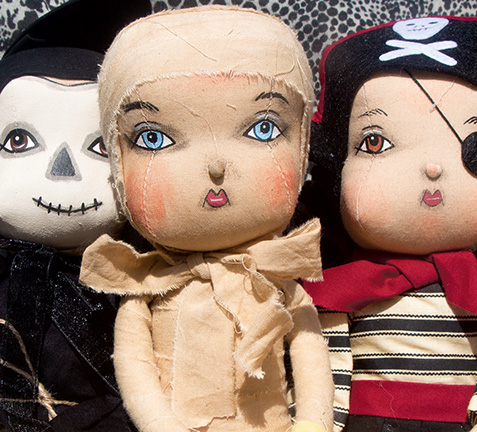 As a first grader in the late 1950s, I begged my mother to let me watch a monster/sci fi movie coming on TV. Being wiser than I, she refused. I disobeyed, and watched it at my best friend’s house next door. Rarely in my life have I ever been frightened more than I was that day. With giant scorpions and ray guns that reduced humans to skeletons in moments, I was terrified. I had nightmares for weeks, but I couldn’t tell my mother without confessing my crime.

In the decades since, and in spite of those childhood nightmares, I’ve continued to be a science fiction fan—and to enjoy a scary movie from time to time.

Who needs Halloween! 2017 has already done all of those to me, and it’s not over yet.

This has been a most unsettling year—and that’s being kind. Who needs vampires, witches, and ghosts when our reality has become terrifying on a daily basis? From monster storms, cyberwarfare, and childish world leaders with nuclear arsenals to the rise of (dark lord) Steve Bannon and his pledge to upend both the Republican and the Democratic establishment with a new wave of congressional leaders cast in the mold of the twice fired judge and arch-enemy of LGBTQ people, Roy Moore of Alabama. The complexity of the human psyche is a fascinating study of opposites: we love and hate, we rejoice and weep, we are both creative and destructive, and each one of us has within us the power for good and for evil. That human dichotomy is also present in our society and throughout all the cultures of the world. In whatever we do—as individuals or as a collective society—we have to make choices about what is good and what is not.

For all of our lives, Halloween has been a kid’s holiday—a fun time to put on costumes and pretend to be frightened by the silly characters that represent scary creatures to us. In real life, the things that frighten us most have nothing to do with the ghosts and goblins of Halloween. Every day, ordinary people are faced with choices about how to pay for food and health care, how to protect their children and families, how to survive terrible diseases, and how to care for parents who no longer recognize them. All over the world, divisions among us are being exploited to sow discord and distrust of one another—and to create fear of those who are different from ourselves.

The world has changed so fast in the last few decades, is it any wonder at all that we are confused about what we need in our leaders and for our country? Even the hackers in the last election found it easy to manipulate our fears, ratchet up the divisions among us, and confuse us about truth.

In all great human storytelling, there comes a moment when brave men and women find within themselves the courage and the strength to stand up to the evil confronting them, and to find the love and compassion it takes to overcome even the most gruesome of challenges. We tell and retell those stories to remind ourselves that they are about us—that we are the superheroes of our own lives. We are the ones who must fight for the poor, for the homeless, for the refugee and the stranger, for the outcast, for the unemployed, the sick, and the lost.

At the heart of the CAMP Rehoboth mission and vision there has always been a command to create safe and inclusive communities for all people—to build a place “with room for all.” That command is very much at odds with the language we hear spoken in our country every day. For us, in the beginning, it was about the acceptance of LGBTQ people, over the years we have learned that in order to make that philosophy count it has to apply to everyone and not simply to the people who look and act like we do. The truth is, room for all means room for all.

I always scoffed at Donald Trump’s campaign slogan, but perhaps in the end, the irony will be that it is Trump himself who unites us against the turmoil and the division that he loves to create, and in the process really does make America great again.

Halloween reminds us that the world is full of scary things, but it also helps us to remember that human creativity and courage has the power to overcome them. Right now we find ourselves in a particularly chaotic era, how we respond will tell the story of who we are as individuals, as an organization, as a community, as a country, and as human beings.

In all the best stories, love wins.

Vampires, and witches, and ghosts, oh my! 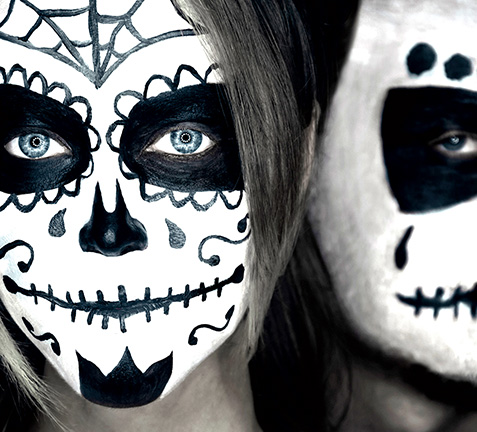