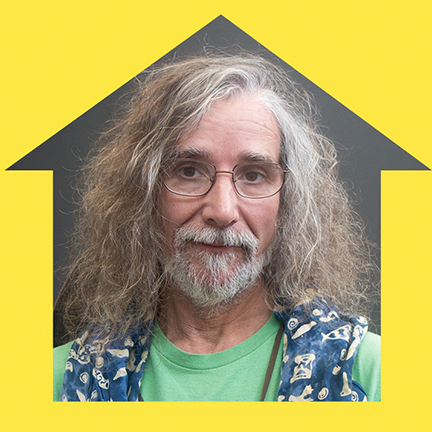 Guillermo Silveira is from Buenos Aires, Argentina. He was educated in Catholic schools and universities in Buenos Aires and the United States. In 1982, Guillermo received a degree in Composition from Universidad Católica Argentina (Catholic University of Argentina). Guillermo moved to the United States in 1984 when he was awarded the Organization of American States Scholarship. With this scholarship, he attended Catholic University in Washington, DC receiving a Master’s and Doctorate in Composition.

While attending college in Washington, DC, Guillermo was introduced to Rehoboth Beach by a friend who had a house in Henlopen Acres. After that first introduction to Rehoboth, he began coming to Rehoboth on a regular basis to compose music by the sea. In 2001, he moved to Rehoboth on a full time basis. His mother Coca still lives in Buenos Aires and comes to visit him once a year.

Guillermo works full time as an art music composer, performer, and poet. This is something he has been doing since he was a young boy. He says that his works are influenced by the current Pope’s ideas of peace and environmental issues. Guillermo asked that I share a verse or two from his most recent song:

Do you know how to enjoy Rehoboth,
A place where all are welcome?
The resort where a double rainbow
Crowns its awesome cleanest sea?
Slow down, just feel the bliss,
Listen freely, smile, and share
How one immensely happy sings
In love with Rehoboth Beach.

I began volunteering in 2001 when I arrived in Rehoboth. I would walk around town and deliver posters for events.

I have volunteered for many different events sponsored by CAMP Rehoboth. I volunteered in the early days for a lot of mailings. I have also volunteered with CAMPsafe programs, Sundance, Black & White Beach Ball, and the World AIDS Day event.

I think my favorite memory is from Sundance in 2004. Everyone was all dressed up, and it was great fun!

My favorite is the World AIDS Day event. That is when we honor and remember the friends we have lost.

My favorite season is spring time. I feel that time of year is very energetic and poetic.

Name a childhood mentor or someone who influenced you growing up.

I think I would say my Uncle Robert. He always encouraged me to pursue my musical studies and performing career.

My extra hour would be spent volunteering somewhere in the community.

My favorite city is Rehoboth Beach, of course! It has become my creative place.

During the week I am generally an early riser. But, on the weekends I am a night owl.

I don’t have a “best year.” Each year is my favorite year or “best year” because one never knows what is going to happen.

Yes, I have always believed we would get here. We have done a lot already, we have done it peacefully, and we as a community will never give up.

I don’t believe that with this new administration we will have loss. We are too strong to let it happen. They would have to kill us. No way!

I have been coming to Rehoboth since 1984. A friend of mine had a house here and he was the first one to bring me to Rehoboth. I have loved it ever since.

I think the biggest changes are all of the franchised businesses, and the many housing developments that continue to pop up. This has caused Rehoboth to incur quite a bit of traffic.

First, September 11, it was an event that was devastating to the entire country. Second, the death of my father in 2006. Third, the UN’s Peace Day celebration in 2009 when I was awarded Ambassador for Peace after performing my “Peace Studio” for piano.

I am thankful for God’s many gifts, for my music, and for my family and many friends.

Guillermo, you always step up to volunteer when called upon, and we thank you. Without the support of longtime volunteers like you, we would not be where we are as an organization. We are grateful for volunteers like you who have supported us all of these years doing whatever it takes to help us move forward with the Mission of CAMP Rehoboth. Our hope is that you will continue to be a great volunteer for CAMP Rehoboth for many more years.. 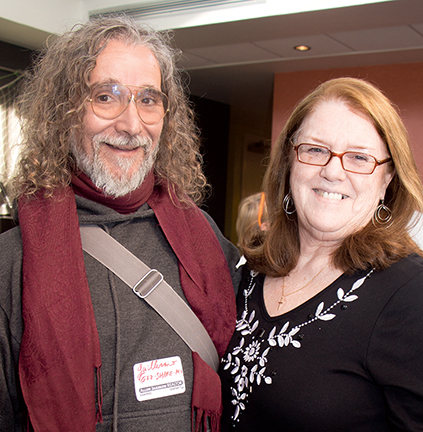