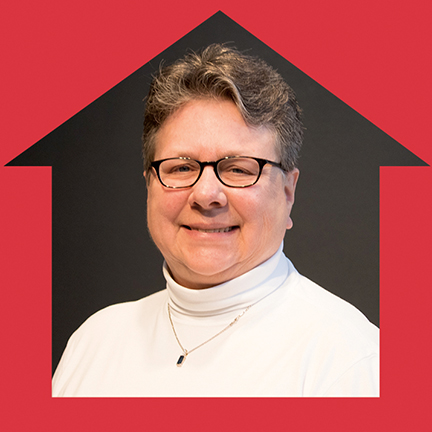 Pam Kozey was born in McKeesport, PA, and raised in Southwestern PA. Her father was a steelworker, her mother, a homemaker. When Pam went to college, with her sister in high school, her mother brushed up her secretarial skills and went back to work as an executive secretary at a local hospital. Pam received her B.Ed. from the University of Toledo and taught Physical Education in a school district near Sandusky, Ohio. That lasted two years. She says, “I really wasn’t cut out to be a high school teacher.”

According to Pam, her resume is rather lengthy, so she skipped a decade or so. One of her most demanding jobs was her seven years as an advocate in a Rape Crisis Center/Victim Witness Program. She accompanied “survivors” to emergency rooms, police stations, magistrates’ offices, and courtrooms. Eventually, she found her calling as a Myofascial Trigger Point Therapist. If you have muscle pain, she’s the person who can get rid of it. For the last 10 years, before her recent retirement, Pam worked in a Chiropractor’s office. For her, it’s a perfect combination of skills.

Pam met her spouse, Marie when she came to her as a patient. Since, ethically, therapists cannot date their patients, Pam transferred Marie to her business partner, then asked her out. In July they will celebrate their 20th anniversary. Just after Pam and Marie met, Marie retired from the Army as a Lt. Colonel, working since then on defense contracts dealing with psychological health and traumatic brain injury.

Pam’s favorite sport is golf. She claims to be a terrible golfer, but “loves to whack that little ball around.” She said, “Since I’m not very good at it, I get a lot of whacks at the ball in 18 holes.”

Over the years I’ve done little things like helping with shows, or writing an article for Letters, but I really started volunteering for the 2017 Women’s FEST. Fay Jacobs kept talking to me about how much fun it was to volunteer and the great group of people on the planning committee. While all of that was true, she completely underestimated the amount of work involved in heading up the FEST volunteers. Half way through the weekend I swore I’d never do it again. However, while in a state of euphoria at the end of the weekend, I agreed to do it again. So, here I am again.

My parents were my mentors while I was growing up. My mother taught me to throw, catch, bat, and tackle. My father taught me my lifelong love of learning. Both of them passed their love of reading on to me.

I wish that I had known about my sexual orientation then instead of having to wait until the age of 32 to figure it out.

Elizabeth Birch is my LGBTQ hero. She took the HRCF, an organization unable to decide whether it wanted to be a local or national organization and dragged it into the national spotlight. She branded it as the Human Rights Campaign (HRC), raised money for a building on 14th Street in the heart of Washington, DC, made the HRC Gala a national event with big name speakers and entertainers, and lobbied Congress and the country constantly on behalf of the LGBTQ community. I believe that without her, military personal would still be in the closet and our right to live out and proud with our spouses would be a pipe dream. I continue to be shocked at the progress we have made; not that I am complaining.

Given the current political climate, are you concerned about the possible loss of LGBT rights? Why or why not?

We must remain vigilant. There are people in this country who would not only like to rescind our hard-won rights, but would like to see us put in camps. I believe that so-called religious liberty laws (I call them religious bigotry laws) are designed to put LGBTQ people in their place—closet anyone?

The best part of Women’s FEST is the enthusiasm and comradery of the weekend.

Be cognizant of the strides made by us old folks, but don’t dwell on it. You will have plenty of battles of your own to fight.

Since you began coming to Rehoboth, name the biggest change you have seen.

Other than the proliferation of outlet malls, the biggest change is the acceptance of the gay community. I know there are still people who would like us to disappear, but there are fewer of them every year, and CAMP Rehoboth has been instrumental in making that happen.

Pam, thank you for the time you spend working with the Women’s FEST Committee, and for all of the hours spent during the event. Without dedicated volunteers like you, Women’s FEST would not be a success. CAMP Rehoboth is successful because of people like you. Thank you for all you do. ▼