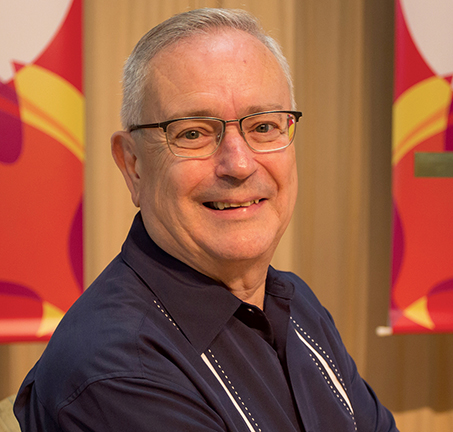 Steve approached his illness as he did his life: with a sense of humor and resolve. But it was cancer. And it was determined.

Steve was a Southern boy by birth, and he never lost a taste for barbecue and sweet tea. He grew up in Atlanta—an Eagle Scout—with a drive to succeed. He graduated from the University of Georgia and soon went to work in the White House of President Jimmy Carter.

It was in that White House in 1978 that Steve met Murray Archibald, the man who would become his life partner and finally, after people like he and Murray opened the eyes of the world and the courts, his husband.

On leaving the White House, Steve excelled in business. He worked in computers before they were household tools, climbing the ladder in cities like Syracuse and Norfolk. He was at the top of his game in New York City, enjoying his success and his partner and his friends and family when all the sparkle of the Big Apple began to dim.

AIDS came to America, and he watched friends die. Far too many, with far too much promise. He saw people who needed a hand and a hug and place to feel safe, and to learn how to be safe. Rehoboth was that place.

Steve and Murray founded the non-profit CAMP—Create a More Positive—Rehoboth in 1991 to open doors and hearts to all people in the community, whether gay or straight. They were, in the early days, met with resistance.

Steve, with a mind for politics and business and the humor to cut through the coldest heart, took on city hall and zoning laws that would discriminate. He took on closed minds in the city who warned this CAMP would bring the wrong element to Delaware. He began to preach his gospel of “room for all.”

That was 25 years ago, before CAMP Rehoboth became one of the most respected and successful non-profits of its kind. This week, as Steve lay in his deathbed surrounded by family and friends, the governor called to give his respects. So did a U.S. Senator and a Congresswoman, and people of goodwill from across the Eastern Seaboard.

Because Steve did what Steve always did. He shattered stereotypes and opened hearts with his example, his humor, his attention to detail and his sheer will.

And of course his singing voice. Which he found later in life.

He was a showman—a “bossy showman” as his sister Judy would put it. He was never happier than belting out an old Methodist hymn, and was as likely to burst into song in an Alabama Walmart as he was in church. But he never sang more sweetly or beamed more brightly than he did from the choir loft at Epworth United Methodist Church in Rehoboth.

Steve loved his family back home in Georgia, and he visited his mother and sister every Christmas of his life. He loved Murray’s family, too. He was brother, uncle, backbone, shoulder to lean on and friend.
He could cite law or scripture, and follow it up with bawdy joke and a tittering laugh.

He could do to any room what he did in his professional life. He could surprise, and change minds, and comfort, and fill the space with laughter and love. He could make it better because he had been there.

He loved. And he was loved.

Steve leaves his husband, Murray, who carries on his work and his light. He leaves his mother, Lucille Elkins, and sister Judy Buchanan. He leaves nieces and nephews who remember him both as clown and voice of clarity. He leaves too many friends to count.

A Celebration of Life was held at Epworth United Methodist Church on Holland Glade Road in Rehoboth Beach, Delaware on Monday, April 9 at 11 a.m. He would also ask that donations be made to CAMP Rehoboth. And that you treat each other well. And to remember there is “room for all.” ▼