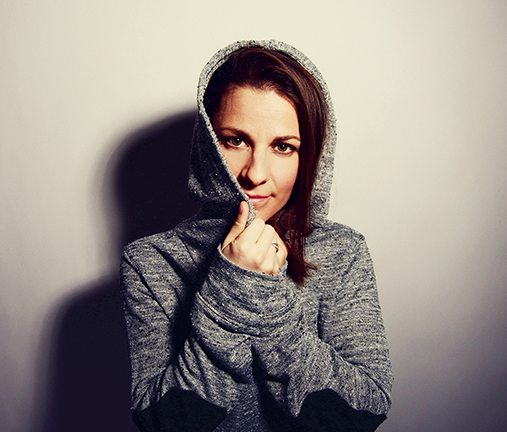 While some concerts and sports activities are already sold out for Women’s FEST on April 12-15, there’s still time to get tickets for great concerts, comics, the legendary Ladies 2000 Tea Dance, the Corn Hole tournament and so much more.

Come to Rehoboth Beach and be part of the biggest women’s party weekend in the mid-Atlantic.

Well-known musical performers like Bettenroo, Crys Matthews, and Andrea Nardello have shows on tap, along with America’s Got Talent’s Julia Scotti.

Tickets remain for shows at The Atlantic Sands Hotel Ballroom and CAMP Rehoboth Community Center, so log on now to camprehoboth.com and get in on this amazing weekend.

Come meet, greet, and get a glimpse backstage with the popular duo Bettenroo. The show is titled Behind the Scenes on Friday April 13, 11:30 a.m.-12:30 p.m. at the Atlantic Sands Hotel.

Bettenroo is a dynamic, versatile duo with undeniable vocal strength. Lori Jacobs and Anne Davey’s blended harmony is complemented with the instrumental versatility of guitar, bass, and occasionally percussion. Bettenroo has an extensive list of tunes, from popular covers across five decades to their own signature originals. Tickets are $10.

Crys Matthews will be on stage at CAMP Rehoboth Community Center at 1 p.m. on Friday, April 13. Tickets are $15.

Crys Matthews hails from D.C. and just released a new album titled The Imagineers, songs about love and life, plus another release, Battle Hymn for an Army of Lovers tackling social justice themes. She’s been a top 10 Finalist (out of 5,000 entries) in the NewSong Music Competition, and winner of the People’s Music Network’s Social Justice Songs showcase.

On Friday afternoon from 3-4 pm, at the Atlantic Sands, comic Julia Scotti takes the stage. She’s a stand-up comic who made it to the quarterfinals of Season 11 of America’s Got Talent.

She began her career as Rick Scotti in 1980, appearing on Comedy Central. She won Showtime’s Funniest Person in America contest for New Jersey, losing in the finals to Ellen DeGeneres. In 2000, she stepped away from comedy to teach and began her transition. She returned to the stage in 2011 and has been named one of the top five transgender comics in the country by The Advocate magazine.

On Saturday, tickets are still available for singer Andrea Nardello, performing from 1-2 p.m. Saturday, April 14 at CAMP Rehoboth. Tickets are $15.

Nardello’s refined accessibility draws from folk, rock, soul, and even the swagger of hip-hop. She can tug at your heartstrings with her softer tunes and get you dancing on your feet with her upbeat songs and a powerful voice. Nardello won the prestigious Philadelphia Songwriter’s Project Contest and won Tri-State Indie’s Acoustic Artist of The Year.

In addition to these concerts, plan to attend the FREE and fantastic welcome party on Thursday night, April 12, at the Atlantic Sands Ballroom, with singer Viki Dee and DJ Nan. There’s a fun photo booth by Fortier photography as well.

On Friday, there’s a Book Fair at the Atlantic Sands from 9 a.m.-2 p.m. with well-known, award-winning authors from Boldstrokes Books, Bywater Books, and the Golden Crown Literary Society. The authors will be doing a meet and greet, book signings, plus riveting readings from their works.

Saturday is the legendary Ladies 2000 Tea Dance at the newly re-opened Convention Center (tickets at the door). And, all weekend long you can buy a raffle ticket (online or in person at all Women’s FEST events), for the presenting sponsor Olivia Travel’s October cruise for two to Venice and the Greek Isles. Only 600 tickets will be sold! ▼

For more information about all the amazing Women’s FEST events, check out camprehoboth.com. Photo: Andrea Nardello.