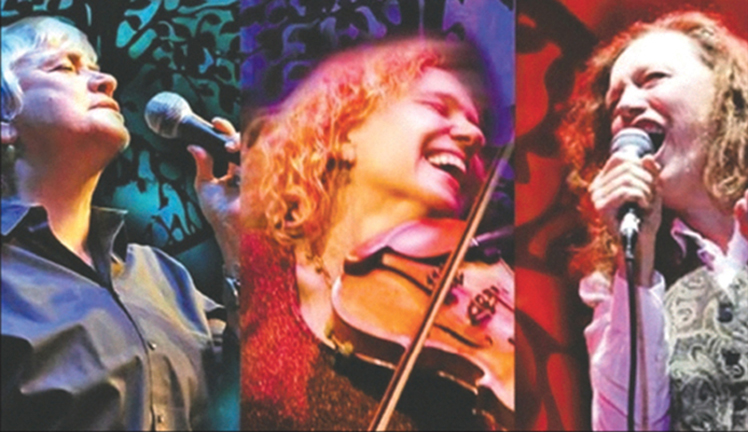 On Friday, September 21 at 7:30 p.m. at Epworth United Methodist Church, CAMP Rehoboth Women’s FEST presents the power trio of women’s music for an evening of rollicking music and friendship. Gutsy blues/rock vocal dynamo and songwriter, Teresa Trull, Grammy-nominated multi-instrumentalist and singer, Barbara Higbie, and the iconic singer/songwriter Cris Williamson, bring a mixture of brand new material and old favorites to the stage. Tickets are only $35 for this extraordinary event and already selling fast. “These performers are so popular, I’m sure it’s going to be a sell out,” Women’s FEST co-chair Nancy Hewish says with her usual excitment about Women’s FEST. Tickets are available on the CAMP Rehoboth website. The 2018 Reunion Tour is Sponsored by Olivia. ▼

Delaware Governor John Carney on Thursday, August 2, released the following statement on the Delaware Department of Education’s announcement that the department will not be finalizing the current version of Regulation 225:

“Last July, I asked Education Secretary Susan Bunting to draft a new regulation that would require Delaware’s school districts and charter schools to create consistent, meaningful anti-discrimination policies. We acted on the simple premise that no child should be made to feel uncomfortable or unwelcome at school because of who they are. Every student deserves to be respected and affirmed. Our goal was to help protect Delaware children from discrimination at school so they could focus on their education. That remains our goal today.

“Throughout the process of creating this regulation, I carefully listened to the feedback of Delawareans. Secretary Bunting did the same. We heard concerns from parents who wanted to ensure they had a say in the decisions schools make regarding their children. We attempted to address those concerns. On the other hand, we heard and understand concerns that have been raised by the LGBTQ community. They are working to protect some of our state’s most vulnerable children.

“In light of the recent Boyertown decision by the Third Circuit, and the comments received from across our state, we are considering our next steps on Regulation 225. We will remain committed to public engagement as we determine the path forward. I want to thank Secretary Bunting and her team for their work on this regulation, and for their commitment to public engagement throughout this process. I also want to thank members of the development team that crafted the original regulation —including students, parents, superintendents, principals, school board members, and advocates.

“The most important part of my job is to make sure each and every child in Delaware has an opportunity to be successful in the world. This is difficult work. And our work is not done. I look forward to continued discussions with members of the General Assembly, Delawareans, and Delaware families across our state about how best to make progress.” ▼

The Delaware Division of the Arts has awarded a $5,800 grant to CAMP Rehoboth’s initiative CAMPfire (Fosters, Inspires, Rewards and Energizes the arts!) for arts and artist programs. This award will be combined with funding from CAMP Rehoboth and other sources to support programs such as the CAMP Rehoboth Chorus, Women’s FEST, theater arts, art exhibitions, and creative arts programming for our 55-plus population and individuals with special needs. Funding for Division of the Arts grants is provided by the Delaware General Assembly and the National Endowment for the Arts. Thank you to the Grants Committee for spearheading this proposal, to the Delaware Division of the Arts, and to our State Legislators for their continued support of arts funding. ▼

Sundance Says Thanks to Hosts and Sponsors

Over 450 individuals have signed up to be Hosts, Supporters, and Sponsors of Sundance 2018—In the Name of Love. This foundational support makes Sundance possible, and kicks off the fundraising before the party even starts. Don’t miss the Sundance Auction on September 1 and the dance on September 2. Remember that the dance starts an hour earlier this year with the Sundance Disco Twilight Tea and Robbie Leslie bringing an early evening disco groove—followed seamlessly by Sundance DJ Joe Gauthreaux. All tickets are available at camprehoboth.com. ▼ 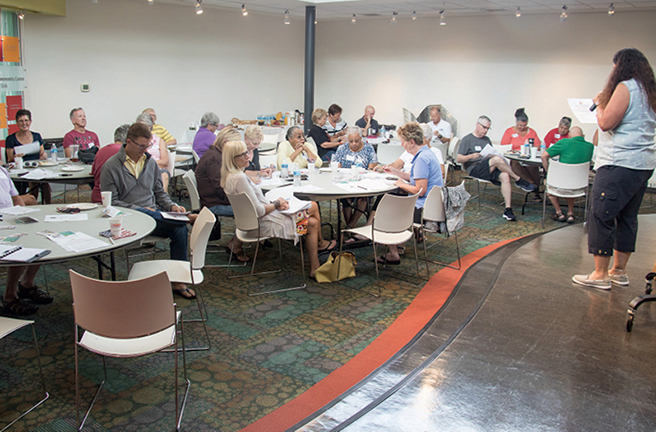 On July 28, new CAMP Rehoboth volunteers attended the summer Volunteer Opportunities session to learn about the organization’s single largest fundraiser, Sundance 2018, coming up on Labor Day weekend. “It takes a village,” one of the Sundance Team Captains quoted while describing the scope of Sundance and the many areas in need of few more volunteers. Photo: Volunteer Committee Chair Pat Catanzariti, welcomes volunteers.▼ 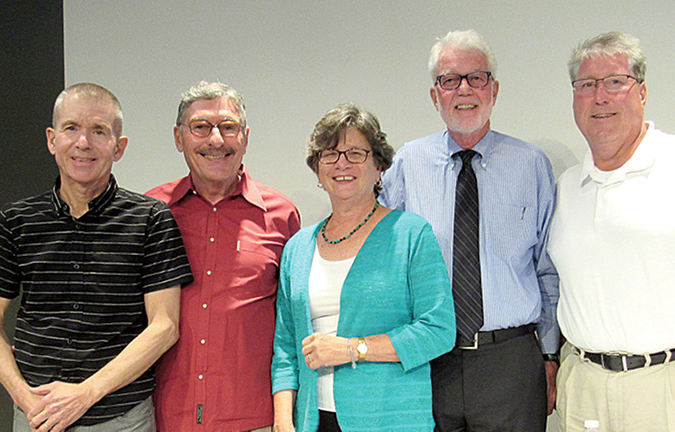 In preparation for the Rehoboth Beach City Election on August 11, the RB Homeowner’s Association and CAMP Rehoboth hosted once again their annual Candidate Forum at the CAMP Rehoboth Community Center. Three candidates are running for the two open seats on the RB Board of Commissioners. Photo (by Rod Cook): Forum moderators Murray Archibald and Charlie Browne; candidates Pat Coluzzi, Richard Byrne, and Gary Glass. ▼

On Wednesday, August 1, Cape Henlopen School District staff and area principals, and vice-principals and leaders came to the CAMP Rehoboth Community Center for breakfast and conversation about how CAMP Rehoboth can better serve as a resource and support for them. “CAMP Rehoboth has always been about building bridges—about making connections,” CAMP Rehoboth Interim Executive Director Murray Archibald explained. “Keeping all avenues of communication open is the best way to build support,” he reflected after the meeting. “It was a momentous meeting,” discussion moderator Beth Cohen said as she thanked everyone or attending.▼
‹ August 10, 2018 - The Way I See It by Murray Archibald up August 10, 2018 - CAMPmatters by Murray Archibald ›