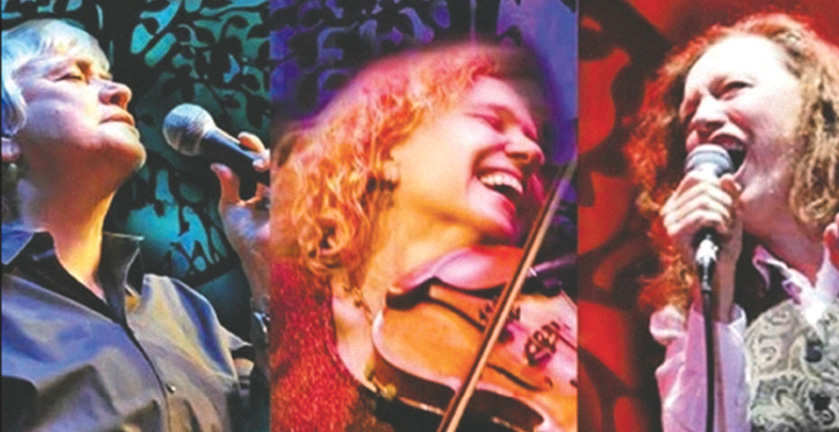 A mighty trio of women’s music superstars is headed to Rehoboth for a musical reunion—and this is their only local stop on the tour.

Legendary performers Cris Williamson, Barbara Higbie, and Teresa Trull, presented by CAMP Rehoboth Women’s FEST, will be on stage in Rehoboth for one performance only on September 21 at Epworth Church.

It’s sure to be an evening of memories, rollicking song, and friendship as they perform solo and together. It’s a blast from the past with 70s and 80s music, plus some of what the musicians have been up to lately.

Decades before women had any real access to the music industry, Cris Williamson was busy challenging the very structure of popular music. In 1975, the twenty-something former school teacher recorded “The Changer and the Changed” for her brainchild, Olivia Records, the first woman-owned woman-focused record company in the country.

Williamson’s music and voice quickly became an essential part of the soundtrack of a movement, and cornerstone of what would become known as “women’s music.” It was a sound created, performed, and marketed specifically for and by women. Her career includes 32 albums and three sold-out shows at Carnegie Hall. She continues to tour the acoustic circuit, adding new material all the time.

Barbara Higbie is a piano and violin virtuoso, a performer, and a songwriter who combines technical brilliance with the pure joy of playing. Her unique compositions weave together elements of jazz, folk, and classical. She has performed on over 65 CDs, including a recent album by Carlos Santana.

Teresa Trull is a vocalist and musician as well as a recording producer. She has shared the stage with such artists as Sheila E., David Sanborn, and Joan Baez, and recorded half a dozen albums, including wonderful collaborations with Cris Williamson and Barbara Higbie. Together on two CDs and in person, Trull and Higbie bring high energy, enormous talent, and great chemistry to make vibrant and joyful music.

An amazing roster of events and entertainment is planned for the 4th Annual Rehoboth Beach Bear Weekend September 20-23 with tickets at RehobothBeachBears.com. Bears and their admirers can get their paws on weekend passes ($115) or individual tickets.

The Bear Weekend events include a pre-weekend Wednesday night dinner at Mariachi’s Restaurant (not included in weekend pass), a TAILgate dance party, a beach party at Gordon’s Pond in Cape Henlopen State Park, a show by stand-up comic ANT, and a closing party on Sunday at the Purple Parrot. Plus, there are pub crawls, bear happy hours, and more.

In addition to all of the parties, meals, and entertainment, there will be an art exhibit called Scratched at the CAMP Rehoboth Community Center. Especially for Bear Weekend, this very “beary” art show will feature works by area artists depicting the bear/cub community. The show will be on display September 2-25, with a public reception Saturday, September 22, from 4:30-6:30 p.m. On Sunday, September 23, from 10 a.m.-1 p.m., there is a Mimosa brunch at CAMP Rehoboth exclusively for attendees of Bear Weekend.

The Rehoboth Beach Bear Weekend in not just for fun—it’s a charity fundraising event as well. Last year organizers were able to get their paws on over $8,500 for local charities, thanks to the weekend attendees and sponsors. Funds raised have been distributed to the area’s Harry K Foundation, the Rehoboth Beach Independent Film Society, CAMP Rehoboth, The Delaware Humane Association, and the Cape Henlopen High School Gay-Straight Alliance Scholarship Fund.

The Rehoboth Beach Bears is a 501(c)(3) not-for-profit social organization with an active group of bears. In addition to the annual weekend, the Rehoboth Beach Bears offer year-round events for the bear community, including a FURst Friday of each month. This Bear Happy Hour is also in its 4th year, attended by dozens of bears of all shapes, sizes, and ages. Bear admirers welcome.

Weekend pass holders get a T-shirt, a tote bag, a mimosa at the Sunday closing party, and a wide selection of discounts from merchants and restaurants all over downtown Rehoboth. ▼

Each year, Girl Scouts of the Chesapeake Bay honors a woman who has prominently served as a role model for Girl Scouts and all young women. This year they celebrate as their Woman of Distinction Fay Jacobs on September 26 at The Clubhouse at Baywood. There will be a book signing at 11:30 a.m. followed by a luncheon 12:30-2:00 p.m. Tickets are $75 per person and available online at bit.ly/scwod18. Please RSVP by September 12. ▼