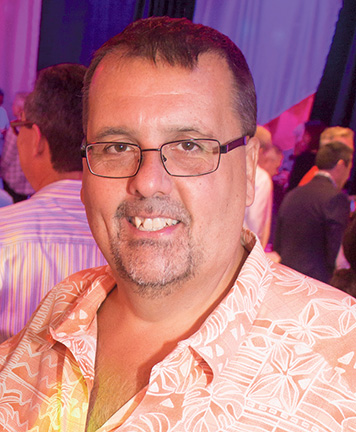 A graduate of Phoenixville High School and Goldey-Beacom College, Jim worked for Maillie LLP for 32 years, and earned his CPA designation in 1988.

Jim was Kimberton Community Fair treasurer for 25 years, treasurer and a lifetime member of the Kimberton Fire Company Auxiliary, and past treasurer of the West Chester Area YMCA.

In addition to his loving husband and his cat, Kati, Jim is survived by his brother, Robert W. (MaryEllen) Yiaski, of Kimberton; one uncle; several cousins; brothers and sisters-in-law; many nephews and a niece; and several grand nephews and nieces.

A funeral service was held on Monday, August 13, at the Campbell-Ennis-Klotzbach Funeral Home, Inc., Phoenixville, officiated by Deacon George Harmansky. Interment followed in the Coventryville Cemetery. Memorial contributions may be made in Jim’s memory to Kimberton Community Fair; the Jewish Federation of Greater Philadelphia; the Kesher Israel Congregation, West Chester; or a charity of choice. Condolences may be offered online at Phoenixville Funeral Home. ▼