Home of the Brave Turtles and Crabs 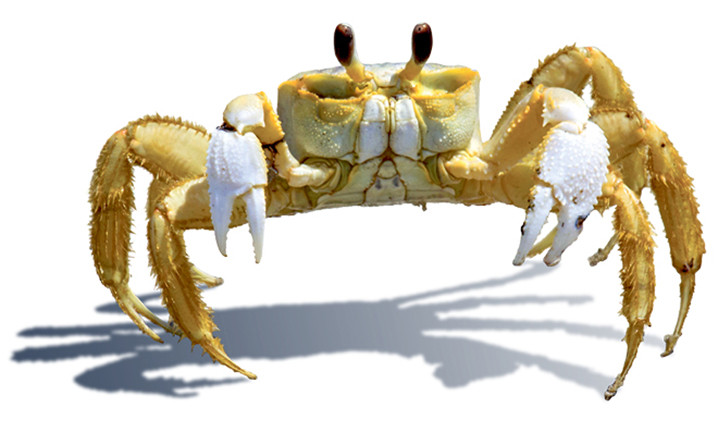 I was very excited when I heard this edition was going to celebrate our local environment. It gave me a perfect excuse to smile and reminisce about my aquatic education.

When I moved to Rehoboth, I really didn’t know there would be so much to learn about my new hometown—beyond how challenging parking is in the summer.

For example, I learned it doesn’t matter which beach you go to: if Piping Plovers want a piece of a particular beachfront property, they get it. I suggest the Purple Parrot Biergarten pay proper attention and guard its sand judiciously.

I learned there are fifteen species of turtles in my new, “greater” backyard, and many of them are becoming more and more endangered. People volunteer to help the endangered diamondback terrapins literally cross the road (Route 1 between Rehoboth and Bethany Beaches) to get to the other side, aka their nesting habitat.

For the record, ladies, this passage is the job of female turtles who, if they survive the mating ritual, get to drag themselves up out of the water, over the dunes, and across the road to where—if they make it—they can lay those eggs.

Presumably, the male turtles are off somewhere smoking a cigar and boasting of their prowess.

So if you happen to see a turtle crossing the road, stop and give a lady a hand. Pick her up and gently place her on the other side, in the same direction she was already heading.

Meanwhile, other things I was busy learning included another turtle species, painted turtles. When one of these pond dwellers shows up in your yard, they are really big, and they look like a Star Wars creature, with bright red streaks across their massive arms. They have red hieroglyphics on the underside of their shell, making it a very striking, rather ancient looking, cave-ish mobile domicile. They are not to be confused with the spotted turtle of the yellow dots on black shell.

So while I didn’t move here to become nature-gal, nature was often hard to miss.

After all, here is the beach which—who knew?—came with crabs. Lotsa crabs. Of them all, I think the ghost crab was not only one of the first I saw, but the first crab I fell in love with.

They look like two-inch wide, rectangular-shaped versions of Casper—just add claws. Like all crabs, life begins for a ghost crab in the water. But interestingly, the older a ghost crab gets, the more water-independent it becomes. So if you see one way-up-the-beach, congratulate it on a life well lived.

Which apparently isn’t so easy for a ghost crab. These nocturnal fellows have perhaps the most hard-scrabble existence of the crab community, considering they have to find their food in the sand, which if you think about it, is kind of unpleasant to say the least. Would you pick up that slice of Louie’s you dropped and eat it? I think not. So how do they manage? Their secret is their pinchers, which can dice a grain. For us—important to note!—ghost crab pinchers are not just for show.

Not like the male fiddler crab, whose oversized claw has apparently one purpose…the bigger that claw, the sexier the man. Wow. I hear it’s kind of like going to Aqua on a hot summer’s night. Who knew? The things you learn at the beach.

And “the beach” wasn’t always in downtown Rehoboth or Lewes; sometimes it was all-the-way-out at Slaughter Beach. That’s where I came upon a sight like something out of a science fiction movie, or maybe a war movie where battlefield graves are marked by upright bayonets. There were thousands of odd creatures, some pointing toward the sky, piled in stacks up and down the beach.

That’s when I learned lower slower Delaware is the largest spawning area in the world for the “living fossil” known as the horseshoe crab.

Many horseshoe crabs I saw were lying upside down, their pointed tails (called telsons) standing vertical. I learned they are not dead, just stranded and folded in a position that protects their gills. If you turn them over, or carry them back to the water by gently picking them up from both sides of their big shell, you can save them.

And why should you? Because in the 1970s the Food and Drug Administration licensed a medical test that employed horseshoe crab blood as its main component. The blood-based test is used to detect contamination in injectable drugs and on surgical implants.

People who get hip replacements can include horseshoe crabs on the list of beings to thank.

Stefani Deoul is the author of the YA mystery novel On a LARP from Bywater Books. Contact Stefani.