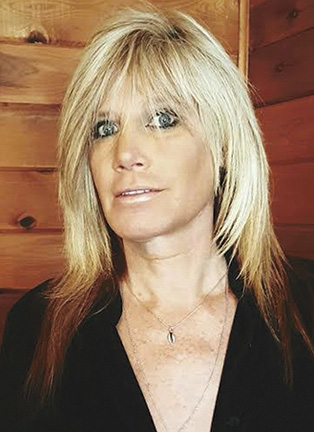 The organization Rehoboth TransLiance will present an evening with Jessica Lynn’s Butterfly Project at CAMP Rehoboth on Monday, August 20, at 7 p.m.

The event will support Lynn’s mission of “creating a future where societies as a whole are more aware and accepting of the entire gender spectrum.” A unique tool—a Kaleidoscope of Butterflies—serves as the symbol of this mission, acting as a conversation starter.

Jessica Lynn is a world-renowned transgender advocate and activist. Over the last several years, Lynn has crisscrossed the globe, sharing the story of her journey over 600 times in 18 different countries. She is now internationally considered one of the foremost transgender speakers due to her dynamic, refreshingly honest speaking style and signature ask-me-anything question-and-answer sessions.

Lynn says, “Our mission is to eliminate the ignorance and discrimination faced by LGBTQ+ communities around the world through the friendly and open sharing of a diverse array of personal stories connected to gender and intersecting identities, as well as spreading information about the gender spectrum.”

To help support the ongoing mission of the Butterfly Project, a $10 donation at the door is suggested. For more information, check Jessica's website.▼

A small but hardy contingent of golfers, bowlers, and runners are heading to Gay Paree for the August 4-12 Gay Games.

The competition has been inspiring LGBT athletes for 32 years. The quadrennial Gay Games have helped to empower tens of thousands of LGBT athletes through fellowship and friendly competition.

When the games were held in Chicago in 2006 and then Cleveland in 2014, there were large contingents from Rehoboth, including, in 2006, members of the CAMP Rehoboth Golf League. This year, going to Paris, the intrepid six team members will be representing CAMP Rehoboth and the entire community.

The team will march into the stadium for the opening ceremonies, hoisting the Team Rehoboth banner. They will join over 10,000 other athletes and coaches from over 80 countries, participating in 36 sports and many more cultural events.

For more information about the Games, check out the website.▼ 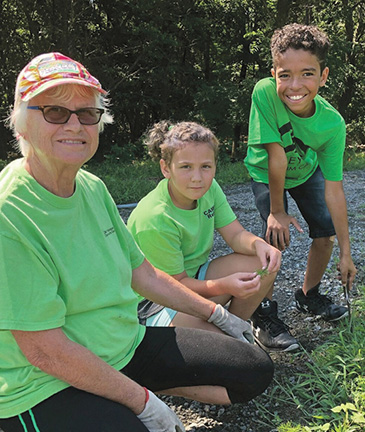 Volunteers Continue to Be Stewards of the Environment

Volunteering is a great way to educate yourself on environmental issues and work with others to make a real and lasting difference in our community.

CAMP Rehoboth Outreach Program (CROP) volunteers do just that. For the past eight years, volunteers have participated in cleaning up the trails and beaches in Cape Henlopen State Park each National Trails Day in June.

Recently, CROP volunteers joined forces with the hundreds of volunteers nurturing the Delaware Botanic Gardens (DBG) at Pepper Creek in Dagsboro. DBG anticipates being a world-class public botanic garden for the enjoyment of all and will also foster environmental stewardship, education, and research.

In that spirit, on July 11, a team of eight CROP volunteers, along with two 9-year-old Trails Day veterans, performed a valuable service for DBG by weeding the stone paths that wind through the meadow. With CROP volunteers working alongside DBG staff and volunteers, great progress was made. The paths were much improved, and DBG staff members were extremely appreciative of CROP’s efforts. They were also quite impressed by how much was accomplished in “slightly warm” weather.

CROP is excited to form this new partnership with DBG, learning from their leadership about the gardens, meadow, and woodland area, and their plans for the future. CROP members found their passion and commitment quite evident.

We’re calling on folks who want to demonstrate their environmental stewardship. CROP hopes to assist DBG with a second project this fall. In the meantime, DBG is always looking for volunteers who want to be part of the birth of a new public garden. —Debbie Woods

Next Up For CROP

AIDS Walk Delaware, Rehoboth Beach, Saturday, September 22, 2018  CROP volunteers will help as needed at this important AIDS fundraiser. It’s the largest in the state and benefits several service organizations including AIDS Delaware, Delaware HIV Consortium, and CAMP Rehoboth. Email Kathy Wiz if you can help. If you’d rather be a walker, join the CAMP Rehoboth walking team by contacting Salvatore Seeley. ▼