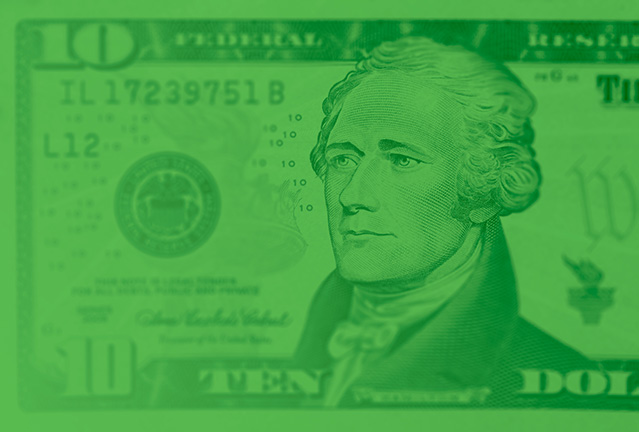 The Man on the Ten Dollar Bill

I love the theatre. I studied it for many years, and once dreamed of making my living in the rehearsal room, backstage, and on stage. So back in May, I had purchased tickets for a preview performance of the Broadway premiere of Mart Crowley’s landmark play The Boys in the Band. I was wildly disappointed when the show was cancelled an hour before curtain. Jim Parsons had injured his ankle during the matinee, and the understudies weren’t quite ready for prime time.

In addition to wanting to see the show, I was also planning on writing a column about it here. I was able to reschedule my tickets for August, so I’ll write about it then, even though the show will close soon after. (The 1970 film is still around, so I’ll claim relevance in that regard).

This week, I had planned to write a column about a brand new musical based on the 1993 film Dave, currently playing at DC’s Arena Stage. But three days before deadline, the theatre called. Another actor required surgery, and my Sunday performance had been cancelled. If my friends and I are able to reschedule, expect a column on that show in the future. (It may be on its way to Broadway, so…relevant!) Heavy sigh.

I clearly am having a moment of bad theatre juju. So, this week, you’ll just have to settle for a column about a teeny-tiny show I saw recently that did manage to make it to the stage, a bit of fluff you’ve probably never heard of, a little musical called Hamilton, by a promising unknown named Lin-Manuel Miranda.

This adorable trifle just happened to pick up 11 Tony Awards in 2016, as well as the Pulitzer Prize. If you’ve wanted to see this show sometime in the past three years, you’ve probably already done so. So I’ll speak instead to those who haven’t seen it yet, either because you haven’t gotten around to it yet, or because, well…it scares you, a little.

I’ll admit that I walked into the show with muted expectations. Almost everyone I knew loved the show with such fervor, and I wondered if anything could live up to the hype. A few in my circle didn’t enjoy the show, mostly because of the hip-hop score; they reported finding it difficult to follow the story due to the rapid lyrics.

On that first point, I’ll be succinct: Hamilton absolutely lives up to the hype. To that second point…I’ll give it a maybe. Unless you listen to a lot of hip-hop yourself, your ear might not be quick enough to pick up every rapid-fire lyric in the score. I was lucky, in that I saw a Sunday matinee with surtitles for the hearing-impaired—or in my case, the hopelessly square. But I caught every word. I could read it if I didn’t catch it audibly, but it was there, and it was brilliant.

For the uninitiated, the things you probably already know about the show are that it’s largely told through rap and hip-hop, and that the cast largely features people of color playing famous founders of this country, who were also famously white.

What you might not realize is that the score is also largely sung, and that the songs are beautiful. The funniest song in the show belongs to the villain (King George singing “You’ll Be Back” to the revolutionaries who have hurt his feelings by declaring their independence), and the most poignant goes to Hamilton’s wife (Eliza sings “Burn” as she torches his letters after a painful betrayal).

What’s important to know about the casting is that it’s not a gimmick. The reason this show is loved by so many, I believe, is that it reminds us that our founders weren’t just staid politicians. They were revolutionaries. It might seem obvious to describe men who led a Revolutionary War that way, but I wonder if the serious faces we see on our currency have allowed us to forget that these people were BADASS. They were powerless, and they took their power. They were dehumanized, and they seized their humanity. They were oppressed, so they laid claim to their own story and wrote their own rules.

And really—who better to embody those voices today than people of African, Latino, and Asian descent? And what better way to musically tell their story in the 21st century than through the sounds of our streets? Hamilton reminds us of our origin story. But more importantly, it reminds us of what’s possible. And today, that’s an important reminder indeed. Don’t let it frighten you. See it. Embrace it. And sit next to the surtitles if you have to. ▼

[Editor’s Note: Streaming music services such as Spotify and Amazon Music each have a feature that scrolls the lyrics so listeners can “read” along for the extra studious.]

Eric C. Peterson is a diversity and inclusion educator living in Washington D.C. and co-host of a weekly podcast about pop culture.