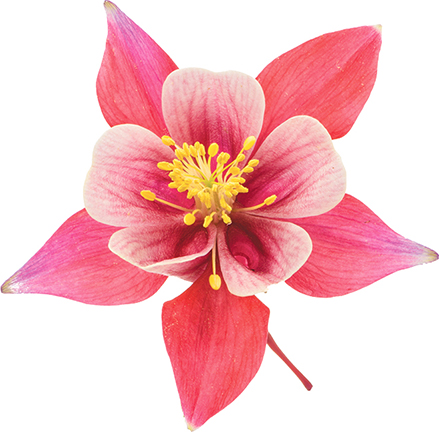 A Poem and a Plant

The day was typical for the Pacific Northwest. The brightening sky had stopped sputtering its fine dewdrops for the moment and the wind had blown itself out. The development where I live came to life. People took advantage of the disappearing dreariness to walk their dogs, scurry to our centrally located mailboxes, or meet their step goals.

I dropped off a copy of New York Magazine in the common room. The cover quoted Melissa Shusterman, who’s running for the Pennsylvania state legislature. “My 16-year-old turned to me after the election and he said, ‘America doesn’t want a smart, qualified woman in office.’ By Friday, I was running.”

A neighbor was bending over the magazine table. “New York!” he said when I lay it down. “Perfect!” He read the quote and turned to me, asking if I’d read a book called The Alphabet vs. The Goddess: The Conflict Between Word and Image. He explained in a rush that the late author and surgeon, Leonard Shlaine, demonstrated how brain science discoveries of left- and right-brain functions and studies of the development of images in the form of words overcame the intuitive Divine Principal in Feminine consciousness. And that was how men were able to take power from women.

Of course, I told him about the work of the late Mary Daly in her brilliant book Gyn/Ecology: The Metaethics of Radical Feminism, where she does her own exploration of the synthesis of theology, mythology, philosophy, history, and medicine.

I’d never spoken with this particular neighbor before, a straight man who always wears an Australian bush hat and has a stride like a modified silly walk. Suddenly I was having a brief discussion of Goddess religions, radical feminist analysis of language, and the inevitable parting words: have a nice day.

As I said, the day was typical for the Pacific Northwest.

The evening before, my author friend, aka the handy dyke, and I had dinner with a local feminist attorney, writer, and publisher. The occasion was the visit by two of her friends from London, a lesbian couple of thirty years. They were Julie Bindel, an extremely accomplished British radical lesbian feminist journalist and author of such works as Straight Expectations and Exiting Prostitution. With Julie was her partner, Harriet Wistrich, a civil rights attorney who is such a powerful voice for women, she has fought and succeeded in changing British law.

Our time was short but intense. I knew of Julie’s work because in 2008 she reviewed The Butch Cookbook, one of my projects, for The Guardian newspaper.
It’s a wonder the restaurant is still standing after the confluence of conversations our little pack of rabid feminists bounced around the table. Outside the window, commercial fishing boats docked or set off for Alaska, and tourists explored the bayfront, oblivious to the Divine Principal in Feminine consciousness above them, raging—over oysters—at the patriarchal world.

Back home, I spied a friend weeding in her front yard. She’d started dialysis treatments the week before, yet there she was, on the ground, digging up little green offenders. I stopped to say hello and she said, “Oh! Can you wait a minute? I have something for you.”

This was not unusual. She is full of kindness. She helps the sick, the lonely, the needy. She always has something for passing neighbors. This time, it was a poem. She’s a lovely poet and she’d rediscovered a short verse that delighted me in its original use of words. We stood in her garage for a bit, out of the misty rain and leaning against her small red car, she perhaps a bit shaky, me with my leg pain.

We spoke about writing and she said of her writing group, plainly and perfectly, “I really enjoy talking with writers no matter what they write. It’s about our common need to put thoughts on paper and bring a story to resolution.”

Yes it is. Over these past few days I was thrilled to hear my magazine-seeking neighbor refer to matriarchal societies. It was invigorating and comradely to share the feminist anger and eagerness at that restaurant. And it was peaceful and gentle and familiar to breathe and watch nature from a friend’s open garage.

I walked out to a plant lush with bloom, hefted some dangling white and pink blossoms in my hand and asked what it was.

“That’s a Columbine,” said my neighbor. She told me about the wildflower and explained that she was forever cutting it back. “Here,” she said, and took her pointed little shovel and stomped on its edge until she loosened the soil. Fearful that she’d exhaust herself, I went behind, felt around for the roots and lifted the pretty offshoot and its ball of soil in my hands.

Amazed at my two days of rich encounters, at the fullness of my life, I hurried the two blocks home, a poem in one hand, a blue bucket with swaying stems in the other. ▼