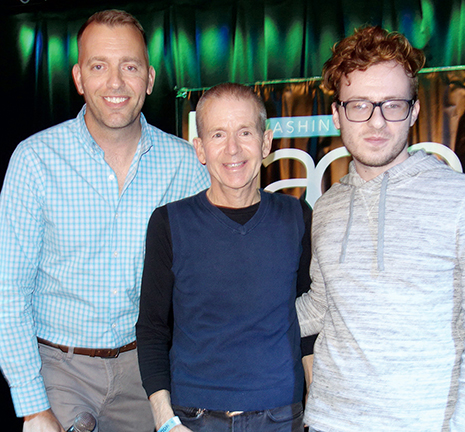 The Washington Blade Foundation announced at its annual summer kickoff party the launch of a new journalism fellowship focused on LGBTQ issues in the state of Delaware.

The fellowship is named in honor of Steve Elkins, a journalist and co-founder of CAMP Rehoboth, Inc. who passed away in March. Elkins served as editor of Letters from CAMP Rehoboth for many years as well as executive director of CAMP Rehoboth.

The fellow will cover issues of interest to the LGBTQ community of Delaware for 12 weeks during the summer months. Stories will include coverage of legislative and political issues out of Dover; LGBTQ business issues in Wilmington; the summer beach season in Rehoboth and more. Stories will be published in the Washington Blade online and print editions. Funding for this project comes from the Washington Blade Foundation, a 501(c)(3) non-profit.

The fellowship was awarded to Blake Chambers, a Dover resident and 2017 graduate of the University of Delaware who is pursuing a career in journalism. He earned his bachelor’s degree in political science and journalism and started the position with the Blade on May 21.

“We’re excited to launch our first journalism fellowship,” said Blade editor Kevin Naff, who also serves as executive director of the Blade Foundation. “Steve Elkins was a longtime friend of the Blade and as a fellow journalist, I think this is a fitting tribute to his legacy. Delaware’s LGBTQ residents will benefit from this focus on their community’s concerns. Blake will do a terrific job.”

“Steve would have been very pleased that his name was being used to help a young person launch a new career and at the same time benefit the LGBTQ community in Delaware,” said Murray Archibald, Interim Executive Director of CAMP Rehoboth and Elkins’ husband. ▼