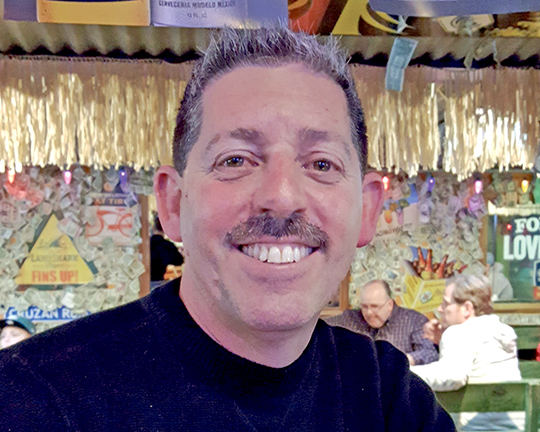 Spend just a few minutes with Mitch Selbiger and you will be captured and motivated by his seemingly endless energy and zest for life. Amazing, given that just several years ago he could barely get out of bed, let alone walk…but more about that later. Let’s start at the beginning.

Life began in Wayne, New Jersey, less than twenty miles from midtown New York City. Mitch and his two brothers grew up in what he calls a “typical suburban community.” His dad owned a photo-finishing business; mom worked as a medical technician in various doctors’ offices.

A participant of Junior Achievement’s Operation Enterprise, Mitch enjoyed a summer program in Colgate, New York. His love of skiing led him to enroll at the University of Vermont, where he pursued the secondary goal of a degree in psychology. Mitch later switched to a degree in business, graduating with a Bachelor’s degree in Business Administration, and eventually landing a position with Lord & Taylor in Manhattan.

He worked as an assistant buyer at Lord & Taylor, which resulted in a transfer by Lord & Taylor to Detroit. After a while, the desire for higher learning struck and Mitch moved to Washington, DC after being offered a full fellowship to study at George Washington University, where he graduated with an MBA in Marketing. After graduation, he attained a position with Entré Computers as a buyer and later as product manager. This was the infancy of the computer age, no laser printers and the internet was not yet a household word. In fact, IBM launched its first personal computer in August of 1981.

Mitch’s savvy marketing skills led to a very successful twenty-year career in the tech industry; he developed successful marketing strategies for such companies as Netscape, Sybase and Aether Systems. Along the way, Mitch and his partner Michael bought a vacation house in Rehoboth; full-time beach life was the furthest thought from their minds. The DC area lifestyle was good, both Mitch and Michael had great jobs; truly life was at its zenith…

And then everything crashed. In 2001, Mitch and Michael both lost their jobs. Unemployed, and wondering what to do next, Mitch had a crazy idea: let’s move full-time to Rehoboth and open our own business.

He started looking at businesses for sale, and then the “perfect” opportunity arrived: a small health food store, Rainbow Earth Foods on Rehoboth Avenue. “It was as far from a perfect opportunity as you could get,” says Mitch. “The shelves contained practically no inventory. Everything was on paper; records weren’t computerized.”

Mitch and Michael somehow saw a chance to make lemonade out of lemons, and they successfully rebuilt the store into a successful enterprise for the next eleven years.

In 2002, Mitch acquired his real estate license and embarked on what would become an outstanding real estate career, culminating in his current position as director of agent development and training with The Oldfather Group of Ocean Atlantic Sotheby’s International Realty.

But during his early real estate career, the pain from failing hips made his life almost unbearable, so Mitch also would undergo dual hip replacement surgeries.

After that hurdle, tragedy would yet again rear its ugly head; Michael was diagnosed with cancer, and after a painstaking battle, during which Mitch was thrust into the role of breadwinner and caregiver, Michael ultimately succumbed.

But just as before, when Mitch and Michael lost their jobs, a light would eventually  appear at the end of the tunnel. After a period of recovery, Mitch would meet his future husband, Jody Bergeron.

Jody had a previous career at Brooks Brothers, but is now Mitch’s partner in real estate and life; he works with Mitch at Ocean Atlantic Sotheby’s. In 2015, they cemented their partnership in life with marriage.

Both Mitch and Jody are also into fitness and health, a life change they attributed to their initial bliss as a couple. “We were always having these great dinners, we ate so much and I gained 18 pounds, and I decided I needed to do something about that,” said Mitch. So both Jody and Mitch downloaded an app called Couch to 5K, and began a running program; now they compete in 5K races and both are decidedly slimmer!

“Hard to imagine that not that long ago I could barely walk with two bad hips, and now I can run a 5K and have hiked for 14 days in the Himalayas, Turkey, and Ethiopia,” Mitch says.

Mitch and Jody are living life to the fullest, not content with standing on the sidelines. Both avid travelers, they take nothing for granted. Every day is a chance to make the most of their lives. What does Mitch want to be known for? “Teaching others and always doing the right thing.”

Keep on teaching and doing the right thing and inspiring all of us at the beach, Mitch.

When she is not aimlessly wandering about the hardware store, Kim can be reached by email.