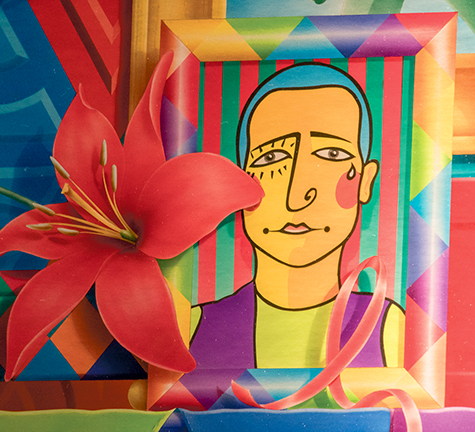 There is no way to soften the news that Steve’s cancer is bad enough to have caused him to take a medical leave of absence from his position as Executive Director of CAMP Rehoboth and Editor of this magazine. For now, I will be serving as Interim Executive Director until he either recovers or we complete the selection process for a new ED.

This is not the way anyone would ever want to make changes in their lives, but it is the reality we are facing right now. We want Steve to be well, and we want to make sure that CAMP Rehoboth has the leadership it needs for the future. Both of us understand that no matter what happens with his health, this winter has changed us—and that will change our future priorities, goals, and decisions.

For all of the 39 years that Steve and I have lived together, he has had remarkably vivid dreams—and he remembers them in great detail for me every morning as we eat our breakfast together. In our younger days, I confess I sometimes rolled my eyes and reminded him that they were his dreams, and I had nothing to do with them—especially when his dream involved my pushing him to do dangerous things. My favorite (though equally disturbing) example was the time many years ago when he dreamed we were riding in a small boat and I was forcing him to lean back and put his head in shark infested waters.

Since Steve’s lymphoma transformed into the beast that it is now, the chemo, the medications, and the lymphoma itself have managed to push his dreams into an even more vivid place—at times feeling like an alternate reality to him.

Not long ago he woke up so excited about a dream that he couldn’t wait to fill me in on the details. Most of it I will leave on the editing room floor, but at the heart of that dream there was an army of tiny protectors who when facing a challenge to the one being protected would grow immediately into life size figures, strong enough to fight off any attack. Interesting, I thought, considering that for much of the previous eight weeks, all of Steve’s blood counts had been dangerously low—meaning that his body’s defenses were severely depleted. But, the truly fascinating point of this dream was the protectors themselves. “They’re called Transcends,” he explained patiently, “and they’re transgender.” Further conversation with him about it made me think they were more gender fluid since each Transcend could grow up into a full size protector with either masculine or feminine characteristics depending on the need.

Anyone familiar with Native American culture will remember the cross-dressing “two-spirit” figures that long played a part in tribal customs. While doing some reading on two-spirit people, I found a photograph taken last year of a brightly colored banner at Oceti Sakowin: “Two-Spirit Camp,” the banner read, “We feel and express differently because we were blessed with two spirits. We are male and female; we are gay, bi and transgender…it’s a gift, a sacred station.”

Much like the Transcends in Steve’s dream, two-spirited people find strength in being able to understand both their male and female spirit—that is a sacred gift, and it models a way for all people to see one another as equals, and to celebrate the rich diversity of human life.

Andrew Harvey writes in Gay Soul: “We’ve had a false masculine presented to us, an ideal of control and domination that is really a frozen hysteria, a condensation of panic and fear. It has nothing to do with the real masculine.” He goes on to say that: “Gay men in the way in which they interpret and live masculinity might be models for straight men, models for a deepening of the heart, a more tender and playful humor, a greater acceptance and tolerance of diversity.”

The #MeToo movement that began in the end of 2017 illustrates false masculinity at work and the damage it can do, and reminds us how deeply embedded it is in our culture. We do not need to live in a society dominated by men or by women, we need balance—and LGBTQ people are natural teachers for demonstrating what it means to treat others as equals.

There are many kinds of dreams: daydreams and fantasies, sleeping dreams over which we have no control, and visionary dreams that allow us to consciously imagine a better world.

The vision of CAMP Rehoboth can even be found in its name, and we continually try to live up to its call for “creating a more positive” world. In our current political climate, that sometimes seems more difficult than ever.

On the last day of February, CAMP Rehoboth Board member and Equality Delaware President Mark Purpura, bravely took on host Tucker Carlson on FOX news to discuss Delaware’s Regulation 225—that would provide guidance to schools for the development of a policy prohibiting discrimination. Tucker lambasted his guest over and over again, and never once heard a word that Mark said about the needs of transgender students. It wasn’t a conversation, and Tucker never had any intention of making it one. He had one point and he used it as a battering ram to further his ratings with his audience—something that can happen on both ends of the political spectrum.

Creating a positive environment for all people is the goal of CAMP Rehoboth. We don’t have to all agree, but we do have to listen to one another, dialogue with one another, and at least try to treat one another with respect.

Racism, sexism, and homophobia are very much still alive in America, but LGBTQ people and our allies and friends have a superpower when it comes to empathizing with others—because we had to fight to be who we are—and because we understand that we are enriched as human beings when we tap into both our masculine and feminine selves.
I will never forget Steve’s Transcends, and I will feel protected by them for the rest of my life. 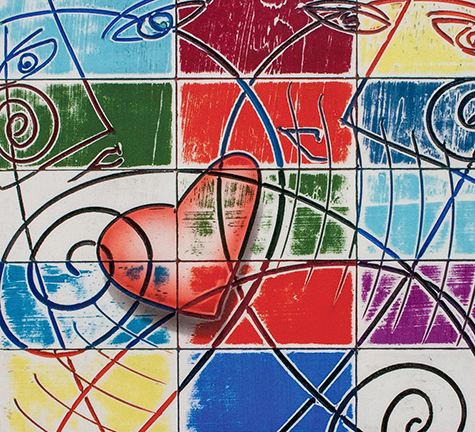